San Antonio, TX (July 10, 2019) – Consistently gaining notoriety on the culinary front, The St. Anthony Hotel welcomes award-winning food and beverage director, Michael McClellan. An accomplished culinary professional with more than 15 years in the industry, McClellan will oversee the property’s culinary offerings to include Gallery On the Park; The St. Anthony Club; and catering for meetings, banquets and special events.

“Michael McClellan’s repertoire in the culinary world parallels The St. Anthony Hotel,” said Clyde Johnson, co-owner of The St. Anthony Hotel. “His insights are transformative—so to be able to combine that skillset with the legacy and story of this historic property is going to be outstanding.”

McClellan will work closely with the hotel’s culinary team, including Executive Chef John Zaner to further The St. Anthony Hotel’s culinary platform. Of continued importance, will be partnering with like-minded local farms, ranches and artisans to thoughtfully present the best bounty of the region.

More information about the luxurious St. Anthony Hotel can be found at www.thestanthonyhotel.com.

About The St. Anthony, a Luxury Collection Hotel, San Antonio 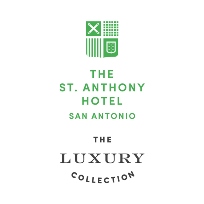 A Texas jewel reborn, crafted from the dreams of two Texas cattlemen in 1909, The St. Anthony, a Luxury Collection Hotel, was the first luxury hotel in San Antonio and has remained one of the finest expressions of Texas hospitality for more than a century. Featuring 277 guest rooms and suites, as well as more than 31,500 square feet of indoor and outdoor meeting and event space in the heart of downtown San Antonio, The St. Anthony is an unrivaled classic reborn with contemporary glamour and opulence. The hotel’s timeless elegance and tradition, fused with stunning city views and modern design, serve as the epicenter of San Antonio’s social scene, including its sixth-floor outdoor pool and tenth-floor rooftop lounge, as well as the storied St. Anthony Club, a cocktail lounge with historic tales to share, Rebelle, San Antonio’s newest culinary destination, and Haunt, a bar offering classic cocktails inspired by the haunting legends of The St. Anthony. For reservations or for more information, contact 210-227-4392 or visit www.thestanthonyhotel.com.

About The Luxury Collection® Hotels & Resorts 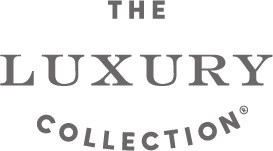 The Luxury Collection®, part of Marriott International, Inc., is comprised of world-renowned hotels and resorts offering unique, authentic experiences that evoke lasting, treasured memories. For the global explorer, The Luxury Collection offers a gateway to the world's most exciting and desirable destinations. Each hotel and resort is a unique and cherished expression of its location; a portal to the destination's indigenous charms and treasures. Originated in 1906 under the CIGA® brand as a collection of Europe's most celebrated and iconic properties, today The Luxury Collection brand is a glittering ensemble, recently surpassing 100 of the world's finest hotels and resorts in more than 30 countries and territories. All of these hotels, many of them centuries old, are internationally recognized as being among the world's finest. For more information and new openings, visit theluxurycollection.com or follow Twitter, Instagram and Facebook. The Luxury Collection is proud to participate in Marriott Bonvoy, the new name of Marriott’s travel program replacing Marriott Rewards®, The Ritz- Carlton Rewards®, and Starwood Preferred Guest® (SPG). The program offers members an extraordinary portfolio of global brands, experiences on Marriott Bonvoy Moments and unparalleled benefits including earning points toward free hotel stays and nights toward Elite status recognition. To enroll for free or for more information about the program, visit MarriottBonvoy.marriott.com.The Luxury Collection® Hotels & Resorts