Mergers Ahead for the Post-Pandemic Hotel Industry

Home/Mergers Ahead for the Post-Pandemic Hotel Industry

Mergers Ahead for the Post-Pandemic Hotel Industry 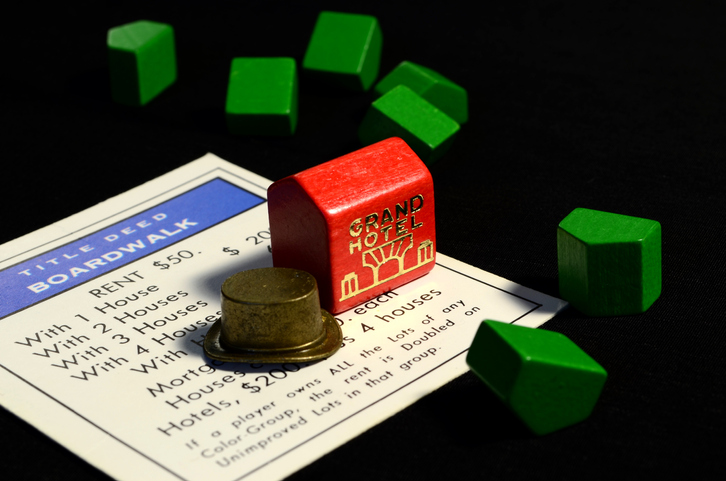 Our industry is hurting. While we’re optimists, totally convinced that we can beat the two-year recovery our financial protagonists are forecasting, the world of Wall Street may soon see things very differently. I’m not a betting man, but I’ve got a hunch that mergers are in the offing and may even be essential to keep our industry afloat.

Before we look at our near-future state of affairs, let’s backtrack to the largest hospitality M&A deal in the century so far. When announced in the spring of 2016, Marriott’s merger with Starwood was controversial. Would it be approved by the FTC and various regulatory bureaus or would it represent a clear case of antitrust law abuse? How would loyal users of a Starwood brand react to being part of a larger organization? What was the impact on the competition? Would the various brands cannibalize each other?

The result thus far has been a stronger Marriott and the genesis of an extraordinary loyalty program – Bonvoy. Loyalty guests now have many more options to keep accumulating points while staying anywhere in the world and at any property tier, all within the company’s family of brands. This was a win-win for Marriott and the customer. Importantly for today, the approval of this consolidation has also established a precedent for future large-scale mergers.

If you look at the stats, the most influential hospitality provider in today’s world is no longer Marriott but Airbnb. Data from Europe on the post-Covid recovery suggests that travelers are searching and returning in greater numbers to home sharing accommodations than to the traditional hotel segment.

This should not be overly surprising, given the shock that our economy has experienced this past year and the lurking recession in our midst. For over a decade now, sharing economy lodgings have generally dodged paying the same level of commercial taxes as hotels, and they’ve been able to extend this cost advantage to travelers by offering lower average rates than traditional properties. As a result, platforms like Airbnb are now very often viewed as the cheaper way to go, earning the ‘first look’ of guests over hotels. This is why leveling the playing field has been such an urgent battle cry.

Compounding this, with physical distancing now ingrained in our social fabric, many of the services and amenities offered by traditional properties no longer have much perceived value to many guests. For instance, why stay at a hotel if the restaurant and spa are permanently closed? Many guests likely now prefer the anonymity and touchless nature of alternate lodging providers because they infer less contact and thus less virus-related stress.

It’s worth reminding everyone at this point that hotel brands rarely own their own properties or even their management contracts. They are, in effect, franchisors. Typically, the franchisor holds most of the cards; the franchisee pays or potentially loses their flag. But what happens when every franchisee elects not to pay, not out of spite or protest but simply the lack of funds? Obvious to everyone, the first half of 2020 was disastrous. Few properties were even close to breakeven; many were closed. It would be fascinating to query the brands to see what percentage of franchisees were in arrears on payments. These sorts of ominous contractual disputes can get buried on a financial statement as they can be sandwiched within the accounts receivable column and not logged as lost income.

Coupled with the renewed pressure from home sharing juggernauts like Airbnb for customers’ wallets, this added financial stress on the brands’ operating statements could prove to be more than enough to trigger the matchmaking process. Share prices are still a lot lower than they were in 2019 and many players may be barely staying above water. The timing may be ripe for big moves in order to maintain liquidity and competitiveness.

The big six (Accor, Choice, Hilton, IHG, Marriott and Wyndam), each with thousands of hotels, have the corporate infrastructures in place to effectively double or triple the number of properties they can manage without collapsing in the chaos of such a reshuffling. From the modern guest’s perspective, they don’t really care about the underlying brand or franchisor, nor are most of them even aware of who manages what. All they want is easy access to rooms in their desired location and at the price point they can afford, and good loyalty perks certainly wouldn’t hurt either.

While this is but one potential scenario, it is worth ruminating on for your property – independent, flagged or tied into any other brand outside of these big six – because such mergers have sweeping implications for the average rates in any market as well as channel distribution strategies and overall asset values.

One of the world’s most published writers in hospitality, Larry Mogelonsky is the principal of Hotel Mogel Consulting Limited, a Toronto-based consulting practice. His experience encompasses hotel properties around the world, both branded and independent, and ranging from luxury and boutique to select-service. Larry is also on several boards for companies focused on hotel technology. His work includes six books “Are You an Ostrich or a Llama?” (2012), “Llamas Rule” (2013), “Hotel Llama” (2015), “The Llama is Inn” (2017), “The Hotel Mogel” (2018) and “More Hotel Mogel” (2020). You can reach Larry at [email protected] to discuss hotel business challenges or to book speaking engagements.