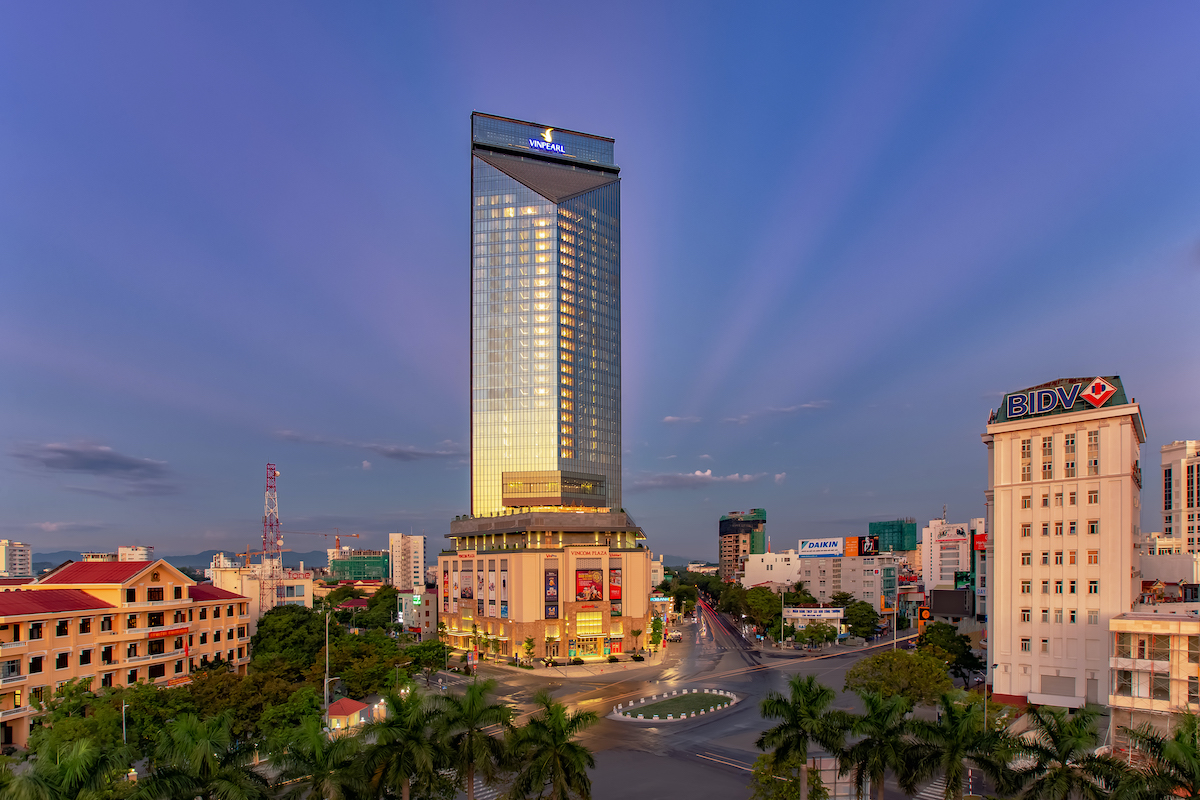 Under the agreement, the leading Spanish hotel group will take over the management of 12 hotels and resorts already opened and in operation, in top destinations across the nation.

“We believe in creating strong and strategic regional partnerships with companies that have a deep connection to the locations they serve,” said Gabriel Escarrer, Vice Chairman and CEO of Meliá Hotels International. “The Vinpearl properties and destinations at the heart of this agreement are a wonderful complement to the roots we’ve already established in Vietnam.”

Meliá’s latest move will make it the second largest hotel group in Vietnam in terms of number of rooms. The rapidly expanding company first entered Vietnam back in 1999 with the opening of Meliá Hanoi. They currently have six properties in operation with six hotels in the pipeline in popular tourist hotspots throughout the country. This partnership will increase Meliá’s room count in Vietnam to 8,000, boosting their numbers to 24 hotels and resorts, with 8 hotels under operation and 16 more on the way.

In addition to Meliá Hotels and Resorts, the existing portfolio includes two other brands, Sol by Meliá and INNSiDE by Meliá. In this new arrangement with Vinpearl, the properties will be known as Meliá Vinpearl hotels in order to emphasize the unique personality and strength of this partnership.

“Collaborating with international partners in running our properties will effectively facilitate Vinpearl in joining world-famous hotel networks and contribute to raising the bar for Vietnamese tourism,” said Mr Thai Thanh Nhat Quang, CEO of Vinpearl Hotel. “Through this cooperation, Vinpearl and Meliá Hotels International also expect to deliver a variety of high-class hotel service experiences to millions of domestic and international tourists.”

The global hotel brand has built a portfolio of 380 hotels in more than 40 countries since its founding in Palma De Mallorca in 1956. In Southeast Asia, Meliá currently operates 20 properties and has a pipeline of 20 hotels in Indonesia, Malaysia, Myanmar, Thailand, and Vietnam.

“We see a huge potential for growth in Vietnam, particularly in the luxury hospitality industry,” said Ignacio Martin, Managing Director Southeast Asia at Melia Hotels International. “While COVID-19 may have brought international travel to a standstill, we are confident that the country will see growth in tourism in the future, as well as a rise in domestic travel.”

The 12 five-star Meliá Vinpearl properties will complement Meliá’s existing portfolio, by expanding into new locations. The first hotel to come into the fold was Vinpearl Quang Binh. The property is now under Meliá management and will be rebranded as Meliá Vinpearl Quang Binh in March 2022. The coastal location catapulted to fame several years back when the world’s largest cave was discovered in Phong Nha – Ke Bang National Park. Despite this magnet, the area has been relatively untouched by international hotel brands.

Vinpearl Hotel Hue is also now under Meliá management and will be unveiled as Meliá Vinpearl Hotel Hue in May 2022. The hotel holds a prime position in Vietnam’s former imperial capital city, Hue, with views over the popular destination’s fabled Perfume River.

The other hotels under this strategic alliance includesites such as Thanh Hoa and Hai Phong near the country’s capital Hanoi; Nghe An and Ha Tinh along the North Central Coast, and Tay Ninh in the south. The group will expand under Meliá Vinpearl into locations where Meliá already has properties, such as Danang, as well as cultivating new ground in destinations where the group currently has no presence.

The remaining 10 properties are scheduled to complete their migration into the new Melia Vinpearl portfolio under management of Meliá Hotels International group during the first half of 2022.

Long renowned for its Spanish hospitality, Meliá intends to inculcate the same spirit of warmth and passion in every one of its Vinpearl properties. “At Meliá we prioritize each guest’s wellbeing and, through our personalized service approach, develop authentic connections with all who stay,” said Martin. “This is our way and what we will bring to each Melia Vinpearl property.”

At the same time, the group plans to elevate sustainability as a priority in each hotel. Meliá Hotels International was recently named the most sustainable hotel brand in Europe and Spain for the third consecutive year by the S&P Global Corporate Sustainability Assessment, the most comprehensive assessment in the world.

Founded in 1956 in Mallorca (Spain), Meliá Hotels International operates more than 380 hotels (portfolio and pipeline) throughout more than 40 countries, under the brands Gran Meliá Hotels & Resorts, Paradisus by Meliá, ME by Meliá, Meliá Hotels & Resorts, INNSiDE by Meliá, plus a wide portfolio of affiliated hotels under the “Affiliated by Meliá” seal. The Group is one of the leading companies in resort hotels worldwide, while also leveraging its experience to consolidate the growing segment of the leisure-inspired urban market. Its commitment to responsible tourism has led the Group to become the most sustainable hotel company in Spain and Europe in 2020, according to the S&P Global Corporate Sustainability Assessment (CSA). It also has ranked seventh in the Wall Street Journal's list of the 100 most sustainably managed companies in the world (and the leading travel company) and is the only Spanish travel company included in the list of “Europe’s Climate Leaders 2021” by Financial Times. Meliá Hotels International is also included in the IBEX 35 Spanish stock market index and it is the Spanish hotel leader in Corporate Reputation (Merco Ranking).  For more information, visit www.meliahotelsinternational.com

Vinpearl is Vietnam’s largest brand in tourism - resort - entertainment, owning an international 5-star chain of hotels, resorts, spas, conference centers, F&B services, golf courses, and amusement parks. Honored throughout the world, the brand has locations in some of the most beautiful destinations in Vietnam.

After 18 years of development, Vinpearl is now the owner of 47 facilities, including 35 hotels and resorts with over 18,500 rooms and villas, 4 amusement parks, 2 animal safaris, 4 golf courses and 2 premium F&B service centers across 17 cities and provinces. The company’s footprint is expected to further expand on both national and global scales soon. As a leader in Vietnam’s hospitality sector, Vinpearl is raising the bar of tourist complexes, offering all-in-one services as well as a chain of world-class 5-star hotels and resorts, amusement parks, animal safaris, golf courses, spas, F&B services, and conference centers integrated with shopping malls and modern shop-houses.

The best-in-class super tourism-resort-entertainment complex Phu Quoc United Center boasting a region-leading scale has been a pioneer in the "one-stop-destination" trend and officially marked a milestone in Vietnam’s development of the night economy model and the country’s great step forward in becoming a "new destination of the world". In addition, Nha Trang and Da Nang - South Hoi An, Vinpearl’s famous complexes, have significantly improved in scale and excellence. Particularly, Vinpearl Nha Trang has become a luxury "tourist island" of Vietnam and the region in terms of services and experiences.