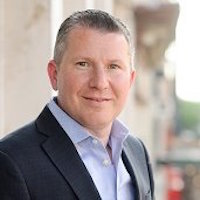 Beginning his career as the Assistant Front Office Manager at Eastgate Tower Hotel in New York City positioned Spektor to excel in a similar position as he moved on to The Benjamin Hotel assisting in its pre- and post-opening phases. In 1999, Spektor began a journey that lasted six years at Sheraton Meadowlands Hotel & Conference Center in East Rutherford, NJ. He held the positions of Front Office Manager and Rooms Division Manager where he was able to hone his managerial skills, even receiving internal accolades for his hard work, dedication and the prestigious upkeep of company standards to the internal team, hotel guests, and VIPs.

“I’ve worked my way up in this industry for over 20 years now, and I am honored to be a part of a brand that has done the same,” stated Alex Spektor, General Manager of INNSIDE New York. “I am thrilled to bring my background and passion as it pertains to the continued success of Melia Hotels International’s very first New York property and the INNSIDE brand’s first property in North America.”

Prior to heading up INNSIDE New York, Spektor spent over a decade with Affinia Hotel Collection establishing a long-lasting reputation for his exceptional leadership skills and his ability to maximize employee performance. Exhibiting his true passion and extreme dedication, Spektor made his way through the ranks going from his role as Assistant General Manager at Affinia Manhattan Hotel to General Manager at the Affinia Gardens and Affinia Dumont properties from 2008-2013. Everything came full circle as he returned to Affinia Manhattan as the General Manager in 2013.

In his new position at INNSIDE New York, Spektor will work closely with the hotel’s Director of Sales and Marketing, Michael Newman. Most recently the Director of Sales & Marketing for Element By Westin Times Square West and previously with Affinia Manhattan, Hilton Long Island, Millennium Un Plaza New York and a multitude of Hyatt properties, Newman will work with Spektor to target the flux of incoming groups visiting nearby attractions such as Madison Square Garden and the Javits Center.

Spektor received a Bachelor of Technology in Hospitality Management from New York City College of Technology in Brooklyn, New York, where he serves as an active member on the advisory board. Additionally, in 2013, Alex was awarded General Manager of the Year (for hotels with 151 rooms or more) by the New York State Hospitality & Tourism Association in recognition of his outstanding leadership and forward-thinking hotel management methodologies.

Launched in March 2016, INNSIDE New York is a North American flagship property for the brand. The hotel consists of 313 spacious guestrooms, including eight terrace suites offering spectacular views of the Empire State Building, that cater to both savvy business travelers and leisure guests. The hotel also features Impero Caffè, an Italian restaurant helmed by celebrity chef, Scott Conant. With a prime central location in the heart of the city, the hotel delivers smart and efficient service, contemporary design and exceptional technology to guests.

Founded in 1956 in Palma de Mallorca (Spain), Meliá Hotels International is one of the largest hotel companies worldwide and a leader in the  Spanish market, with more than 350 hotels and 90,000 rooms in 40 countries and four continents under the brands: Gran Meliá Hotels & Resorts, Meliá Hotels & Resorts, ME by Meliá, Paradisus Resorts, Innside by Meliá, Sol Hotels and TRYP by Wyndham. Its product and service portfolio is complemented by Club Meliá, the only vacation club operated by a Spanish company. The strategic focus on international growth has allowed Meliá Hotels International to be the first Spanish hotel company with presence in key markets such as China, the Arabian Gulf and the US, while maintaining leadership in traditional markets such as Europe, Latin America and the Caribbean. Its high degree of globalization, a diversified business model, the consistent growth plan supported by strategic alliances with major investors and its commitment to responsible tourism are the major strengths of Meliá Hotels International. The company leads the Spanish market in number of hotels and resorts and greatest corporate reputation (Merco Ranking), remaining among the most attractive companies to work for worldwide. For more information about Meliá Hotels International, visit www.melia.com.

Founded in Germany in 1993, INNSIDE by Meliá is part of Meliá Hotels International. INNSIDE hotels are centrally located and offer an attentive and efficient service. They are urban lifestyle hotels, designed for the savvy professional traveler who wants more than just a standard business hotel. INNSIDE’s sleek rooms and suites have a unique signature bathroom concept, whilst the restaurants and bars offer stylish cuisine and mixology. The brand has a broad appeal to business and leisure travelers alike and is currently one of Meliá Hotels International's fastest growing brands. For more information visit www.innside.com