The 2017 Meet the Money National Hotel Finance & Investment Conference, held May 8–10 in Los Angeles, brought together a strong showing of hotel owners, investors, lenders, brokers, consultants, franchisors, and brand representatives. Top U.S. hospitality executives served on panel discussions that addressed an array of topics related to hotel ownership, development, and financing, as well as the recent proliferation of new hotel brands and the impact of the global economy on the industry. True to this year’s theme, “Opportunity or Peril: Finding the Right Key to the Right Door,” a sense of cautious optimism echoed throughout the conference, supported by reports of continued hotel performance improvements in markets nationwide, balanced by the potential effects of the supply pipeline and global markets in the next 12 to 18 months.

Since the end of the Great Recession, all asset classes have fared well, which, in turn, has led to a significant influx of new supply throughout the country, especially in submarkets of major metro areas. The challenge, particularly within the upper-upscale and luxury segments, is developing a hotel that goes beyond well-appointed guestrooms; travelers now want a hotel to entertain them, whether by featuring a chef-driven restaurant, offering a spa, or housing an art gallery. Although these types of add-ons to a development could be costly, the current low interest rates help to mitigate these extra expenses.

Historically, brand requirements among the major hotel companies have largely prevented hoteliers from adapting to the needs of a specific market. However, with the recent success of lifestyle and independent boutique hotels throughout the country, the major hotel companies responded by introducing the “soft brand” concept. These hotels, including Marriott’s Autograph Collection and the Curio – A Collection by Hilton, among others, allow hotel owners to develop a property that meets the needs specific of the market in which it will operate; in a sense, the handcuffs have been taken off regarding rigid brand requirements for the soft brands. Additionally, by allowing owners to customize development according to market demand instead of a checklist of brand requirements, more development options become available, such as the conversion of historic buildings to hotel use.

The “soft brand” concept has also provided a stronger borrower profile to lenders, especially for construction loans. Debt funding can be difficult to obtain without the weight of a brand behind a hotel project, as lenders put substantial weight on the ability of national reservation systems and sales teams to deliver revenue streams that lead to consistent cash flow over a hold period. With the advent of soft brands, a symbiotic relationship between owners and lenders now exists; experienced hotel owners can design, develop, and operate a lifestyle or unique boutique hotel product that a specific market dictates, while possessing a brand license that is attractive to the capital markets.

In a presentation of the Hotel Valuation Index (HVI), an annual study developed by HVS and STR, Stephen Rushmore, Jr., MAI, CRE, FRICS noted that values across most primary markets in the United States should rise through 2017. However, in 2018, with the significant increase in supply coming, overall values for the U.S. are forecast to decline for the first time since the Great Recession, although in a much less drastic fashion. Select cities, such as Atlanta, Dallas, Detroit, and San Francisco, should realize continued value gains through 2018 and 2019, while markets such as Austin, Los Angeles, San Antonio, and Seattle will need to wait until 2019 before values increase. Overall, average rates are forecast to be the driving force behind the projected growth in value in the coming years, as occupancy levels are anticipated to dip on the heels of increased supply and the end of the current cycle.

The well-attended presentation by Suzanne Mellen, MAI, CRE, FRICS, ISHC on the status of transactions and capitalization rates painted a similar picture. While transaction activity has continued to fall by approximately 5% in the year-to-date period, values on a price-per-key basis have increased by 2%, confirming the initial results of the HVI. A limited number of portfolio sales thus far in 2017 represents one of the primary reasons for the recent dip in the number of transactions. The biggest decrease in transaction activity has occurred in New York City, which typically has the highest volume in terms of total dollar amount of any metropolitan area in the country. However, year-to-date data illustrate that New York City has been overshadowed by the San Francisco, Los Angeles, and Washington, D.C. metropolitan areas in both the number of transactions and the total dollar amount.

Overall capitalization rates for full-service and luxury hotels rose by roughly 50 basis points in 2016, while the select-service, extended-stay, and limited-service segments realized less volatility in their rates. HVS expects cap rates will rise among all asset classes in 2017, and the recent data regarding REIT cap rates, which illustrate a 0.3% increase between the year-end 2016 and year-to-date through April 2017 cap rates, support this projection.

As the current cycle continues, the recipe for successful hotel development is ever-changing. With many of the top markets saturated with new supply, it has become increasingly difficult for lenders, developers, and other market participants to execute hotel deals. The consensus across the industry is that obtaining capital sources will become gradually more challenging, as the cost of capital will rise while leverage falls, and lenders must now “check every box” in terms of their due diligence. With so many current and proposed hotel deals involving new or pioneering brands targeting an evolving demand base, only time will tell which deals are proven to be successful. In some cases, the type of construction, such as modular construction, can make or break a deal given that the “time to market” can be much faster than traditional construction; however, the concept of modular construction itself is evolving, and thus may not be appropriate (or may not provide for time/cost savings) for unique upscale and luxury properties. Overall, as the supply pipeline across the U.S. continues to expand, and as the development cycle advances, obtaining creative sources of financing will be imperative for many projects to be developed successfully.

As echoed throughout the conference, hotel owners, lenders, and investors should feel a sense of optimism in the near term. While RevPAR growth is forecast to slow in most markets, RevPAR is projected to grow nonetheless, and the cost of money is expected to remain relatively low in the near term. Additionally, the ‘Trump Bump” in the economy could be sustained by more favorable tax laws, looser lending standards, and reduced regulations. The overall future of the hospitality industry looks bright, despite the looming uncertainty that the influx of new supply, as well as several industry disruptors, such as Airbnb, could have on the sector. 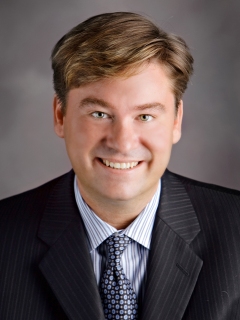 Shannon Sampson is a Senior Vice President based in Austin. Shannon earned his bachelor's degree from The University of Texas Austin and has extensive experience in hotel operations and management. Shannon lives in Austin and works extensively in the Central and South Texas regions. Contact Shannon at (512) 626-9172, or [email protected].

About Benjamin A. Levin 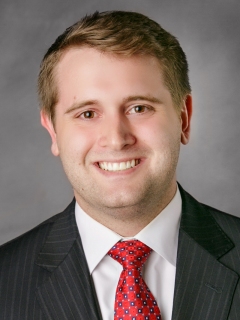 Ben Levin is a Vice President with the HVS Atlanta office. Ben's hospitality-industry experience extends to hotel market and feasibility studies, appraisals, valuations, and various other consulting engagements, and he is an expert on the Atlanta lodging market. Prior to joining HVS, Ben worked in operational roles at the St. Regis Atlanta and the Microtel Inn & Suites in Tuscaloosa, Alabama. This wide-ranging, hands-on experience at mid-market and ultra-luxury hotels combines with excellence at field research and number crunching, aiding Ben through the diversity of challenges en route to an authoritative conclusion about a hotel’s feasibility or value. Ben graduated summa cum laude from the University of Alabama with a B.S. in Restaurant and Hospitality Management. Please contact Ben at [email protected] or +1 404-276-5862. 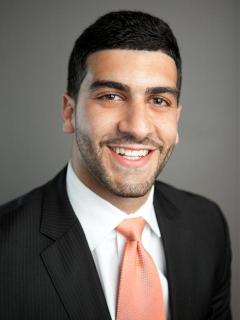 Aaron Solaimani is a Vice President and is the firm's Seattle-based expert, having recently relocated to this market from San Francisco. He performs hotel and resort appraisals and financial feasibility studies for various property types throughout California, the Northwest, and nationwide. Aaron has an abiding interest in working on studies involving proposed hotels where a broader scope and alternative visions are needed. He received his B.A. degree from the School of Hospitality Business Management at Washington State University. Mr. Solaimani can be contacted at +(415) 268-0362 [email protected].