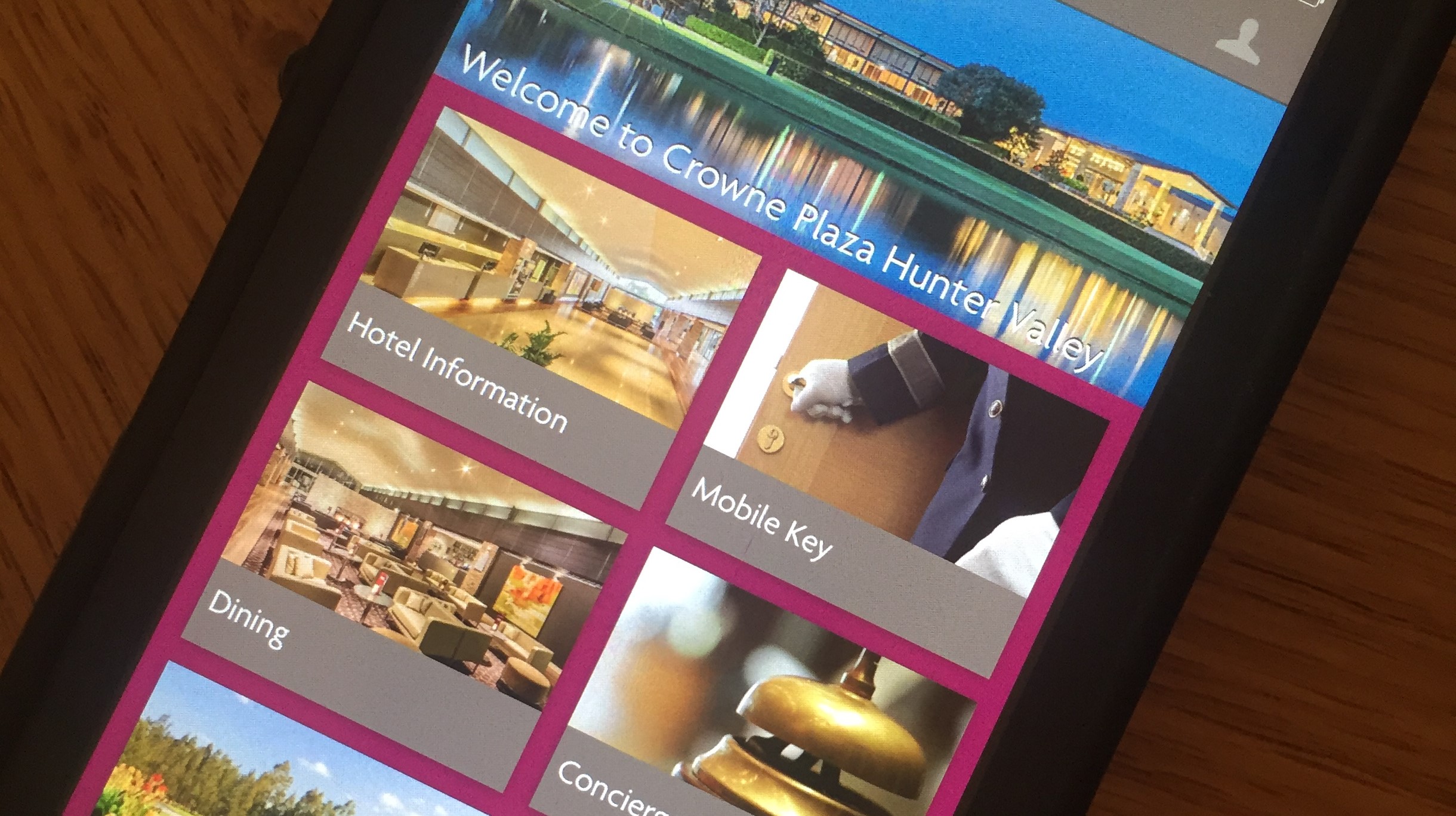 SYDNEY, Australia – 28 August 2017 – The key to guest satisfaction, sustainability and overall hotel efficiency might actually be as simple as not making a traditional room key available. That’s the theory spearheading the trend for keyless hotel room entry, currently making headlines in Australia.

Headquartered out of Sydney and Singapore, McLaren were commissioned for the progressive project based on their strong expertise in delivering innovative and impactful hotel tech solutions across the region.

McLaren Technologies Managing Director Matthew White said, “McLaren was thrilled for the opportunity to work with Schwartz, one of Australia’s largest private investor hospitality entities and a true pioneer in terms of making significant investments in fresh technology initiatives in the Australian market.”

“We congratulate Schwartz on taking the initiative to embrace keyless entry at its popular Crowne Plaza Hunter Valley address, and all the convenience that the Intelity MiKEY solution entails as part of their new guest service app.”

McLaren has been providing keyless hotel room solutions as part of tailored hotel apps available to download on mobile devices in a variety of destinations beyond Australia since late 2014. In the past two years, mobile keys have made an appearance in several Australian hotels, however Schwartz’ Crowne Plaza Hunter Valley version is believed to be the first of its kind to be delivered as part of a tailored, full service guest app with a variety of other features available at the touch of a finger.

Mr White said, “This style of platform drives benefits beyond guest room access into other important areas of the hotel, by providing management and staff with powerful capabilities across all aspects of the hotel’s operations. This ensures a more intuitive service for an outstanding guest experience.”

To use the keyless entry function at the hotel, guests simply need to install the hotel’s branded app, and the hotel team digitally generates the keyless function on the day of check in. Essentially, guests will save time and bypass the service desk thanks to a push notification sent direct to their phone, along with the allocated room number, and can enter their room by simply waving the phone in front of the corresponding door.

"I have always been passionate about the use of technology that enhances the guest experience," said Dr Schwartz. "It has been a tremendous achievement by the team to establish the Crowne Plaza Hunter Valley as the first hotel in Australia to have a functioning keyless-entry system and pre-arrival check-in facility on its own app. We have already received excellent feedback from the innovation at the Crowne Plaza and we are now actively working to extend keyless-entry to other hotels in the Schwartz Family Group."

“We are thrilled to be embracing this cutting-edge technology.” said Lachlan Walker, General Manager of Crowne Plaza Hunter Valley. “We’re deeply honoured to be chosen to lead the charge within the Schwartz Family Company (SFC) portfolio, and the broader Australian hotel community.”

“The hospitality industry has shown tremendous growth in technologies aimed at enhancing the guest experience. Recent studies have shown that over 64% of travellers want engagement with their hotels via mobile devices including the ability to use their device as a room key. We are meeting our guests’ needs in the way that matters most to them.”

Schwartz own more than a dozen hotels in key destinations across Australia from regional spots such as the Hunter Valley and Blue Mountains to central CBD addresses in Canberra, Melbourne and Sydney (including the upcoming Sofitel Sydney at Darling Harbour set to launch in October 2017).

In addition to the Crowne Plaza Hunter Valley, McLaren also recently deployed the Intelity MiKEY solution at the new Skye Hotel Suites Parramatta, and has two additional keyless room projects in Singapore due for completion later this month.

The McLaren Group, headquartered out of Singapore and Sydney, Australia is one of the Asia Pacific’s leading providers of SaaS based technology solutions for hotels, resorts and visitor based environments.  McLaren delivers a range of “best of breed” SaaS products, solutions and services from the world’s foremost providers of hospitality technology. McLaren International’s customers span the world’s leading hotel companies including the InterContinental Hotel Group, Starwood Hotels and Resorts, Hilton Worldwide, Accor Hospitality, Langham Hotels, Four Seasons. Peninsula, Sands Hotels and Hyatt Hotels and Resorts McLaren International is the leader in delivering 100% customer satisfaction, application usage and system operability.   Supporting customers across the Asia Pacific, the Middle East and Africa McLaren Support features a highly skilled team of Engineers and Product Specialists. For more information about McLaren International contact [email protected] or visit the www.mclarenint.com.

Before venturing into the property investment business, the Schwartz family, who have their origins in Hungary, were medical practitioners in Sydney’s Kings Cross. Today, Dr. Jerry Schwartz oversees the Schwartz Family Company (SFC). In addition to his family property interests, Dr. Schwartz is a cosmetic surgeon, and more recently a brewer via his company, the Sydney Brewery. The SFC property portfolio includes the Ibis Sydney King Street Wharf, Ibis World Square Sydney, Mercure Sydney, Mercure Canberra, Novotel Newcastle Beach, Fairmont Resort Blue Mountains (Managed by MGallery), Crowne Plaza Newcastle, Crowne Plaza Hunter Valley. In addition, the company is currently working with Lend Lease to complete construction on the new-build 35-storey hotel, 600-room hotel at Sydney’s Darling Harbour set to open in October 2017 under Accor’s luxury Sofitel brand. It will be the biggest hotel development in the Schwartz Family Company history and forms a part of the NSW government's $2.5 billion redevelopment of the precinct. For more information visit www.schwartz.com.au/hotels.