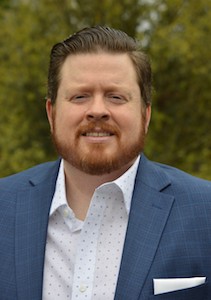 Brandon Miller, Aloft Tallahassee Downtown’s new general manager, was promoted from his position as assistant general manager, a post he took over in May 2017 after arriving from the Nashville Airport Marriott. During his 11-year tenure there, Brandon rose through the ranks, holding such posts as restaurant supervisor, front office manager, and senior room operations manager.

He played a key role in the Nashville Airport Marriott’s burgeoning success — it ranked first out of 336 hotels in check-in experience two years in a row when he was front office manager. Aloft Tallahassee Downtown felt Brandon’s impact immediately, lifting the hotel to No. 2 in brand in 2018 and generating an impressive 10% year-over-year rise in Intent to Recommend. 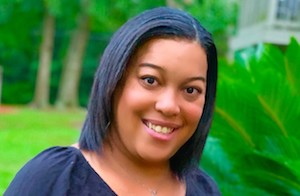 Jennifer Johnson is Aloft Tallahassee Downtown’s new operations manager. She had to travel all of two blocks for her new position, having previously served as the front office manager for the Hotel Duval, Autograph Collection. Jennifer started as a guest service representative there in September 2014 and in less than a year-and-half was appointed front desk manager.

Prior to starting her hospitality career, Jennifer put her people skills to the test as the assistant director of Imagination Day School in Tallahassee, which cared for and educated 125 children ranging from 3 months to 5 years old. She created a coaching and mentoring program to help improve the school’s performance, leading to 100 percent occupancy.

Jennifer holds a Bachelor of Science in Business Administration from Flagler College in St. Augustine, Florida.

A 9-minute walk from the Florida State Capitol, Aloft Tallahassee Downtown is a contemporary hotel featuring 162 rooms, three meeting spaces, an outdoor pool and 24-hour fitness center. In addition to a pet-friendly policy, the hotel offers guests inventive cocktails, craft beers and enticing pub food at the hotel’s w xyz bar, and space to relax and unwind at the re:mix lounge.

Aloft Tallahassee Downtown and Tampa-based McKibbon Hospitality, which owns and manages the hotel, welcome the vital new additions to the management team.

With over 150 hotels now open in over 20 countries and territories around the world, Aloft Hotels, part of Marriott International, Inc., delivers a fresh approach to the traditional staid hotel landscape. For the ‘always on’ next generation of traveler, the Aloft brand offers a tech-forward, vibrant experience and a modern style that is different by design. For more information, please visit www.alofthotels.com and follow along on Facebook, Twitter, and Instagram.

Headquartered in Tampa, FL, McKibbon Hospitality creates memorable hospitality experiences that inspire brand and property loyalty. It’s how we’ve grown into one of the largest (and most awarded) hotel development and management companies in the country. We build and operate hotels across the country for Marriott, Hilton, Hyatt and other iconic hospitality brands. We guide every facet of hospitality development and management, from site selection, design and construction management to hotel openings, operations and renovations. Beyond building and managing hotels, we create experiences that reflect and define the local culture. Our legacy is built on a foundation of integrity, anchored in how we value our guests, treat our associates and partners, and give back to our communities. Visit McKibbon.com to learn more.