Marriott International announced today that is has signed an agreement with Grupo Hoteles Panamericano to bring the iconic Sheraton Hotels brand to Bariloche, a major tourism center located in the foothills of the Argentinean Andes. Slated to debut in January 2022, the property is expected to feature 161 rooms after undergoing an extensive conversion.

Located in Bariloche’s city center atop an elevation with outstanding views to the Nahuel Huapi Lake, Sheraton Bariloche, currently branded as Hotel Panamericano Bariloche, is situated just steps from San Martín street- the destination’s buzzing entertainment center featuring a broad selection of bars and restaurants. Bariloche is renowned for skiing, trekking and mountaineering and is the most visited resort town in Argentinean Patagonia attracting two million visitors annually. In recent years, the destination has become the best kept secret for summer skiing with US travelers.

“We are thrilled to expand our portfolio to Patagonia- one of the most beautiful regions in Argentina,” said Laurent de Kousemaeker, Chief Development Officer, Caribbean and Latin America, Marriott International. “This signing further strengthens our strategic collaboration with Gotel Hotel Management to bring more choice to consumers in the Southern Cone.”

Sheraton Bariloche will be managed by Gotel Hotel Management under a franchise agreement. The Argentinean company was created to strategically collaborate with Marriott International to further expand the presence of Marriott brands in Argentina, Uruguay and Paraguay. Marriott International and Gotel recently announced the opening of Buenos Aires Marriott, a major achievement that brought the Marriott Hotels brand back to the country at an iconic location.

“We are thrilled to expand our relationship with Marriott International and bring the Sheraton brand to another key destination in Argentina,” said Marcelo Ubach, CEO, Grupo Hoteles Panamericano.

Currently, Marriott International operates eleven hotels in Argentina under the Sheraton Hotels, The Luxury Collection and Tribute Portfolio brands. The Sheraton Bariloche is expected to serve as the eighth Sheraton hotel in Argentina.

Marriott International, Inc. (NASDAQ: MAR) is based in Bethesda, Maryland, USA, and encompasses a portfolio of more than 7,500 properties under 30 leading brands spanning 132 countries and territories. Marriott operates and franchises hotels and licenses vacation ownership resorts all around the world. The company offers Marriott Bonvoy™, its highly-awarded travel program. For more information, please visit our website at www.marriott.com, and for the latest company news, visit www.marriottnewscenter.com. 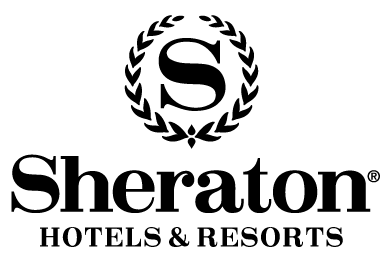 Sheraton Hotels & Resorts, part of Marriott International, Inc., makes it easy for guests to explore, relax and enjoy the possibilities of travel at nearly 450 hotels in over 70 countries and territories around the world. Sheraton continues to enhance the brand through innovative guest experience, differentiating design, multi-channel marketing and a sharp focus on service. To learn more, visit www.sheraton.com. Stay connected to Sheraton on Facebook, and @sheratonhotels on Twitter and Instagram. Sheraton is proud to participate in Marriott Bonvoy™, the global travel program from Marriott International. The program offers members an extraordinary portfolio of global brands, exclusive experiences on Marriott Bonvoy Moments and unparalleled benefits including free nights and Elite status recognition. To enroll for free or for more information about the program, visit MarriottBonvoy.marriott.com.