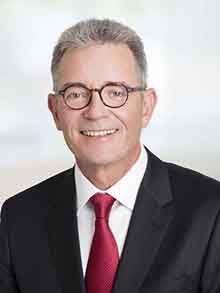 Marriott International, Inc. (NASDAQ: MAR) announced today that Liam Brown, President, Select Brands and Owner and Franchise Services, North America, will take on the role of President and Managing Director of Europe, a division within Marriott International that encompasses the United Kingdom, Ireland and Continental Europe. Brown will replace Amy McPherson, who announced last week that she will be retiring from the company in early 2019.

“Liam is the perfect choice to lead Marriott’s next chapter of growth in Europe,” said Arne Sorenson, President and Chief Executive Officer, Marriott International. “Liam has an extraordinary ability to connect with people – associates, guests, owners and franchisees. His relationship-focused approach to doing business drives tremendous results, earning him fans across our company and within our community of owners. He’s a world-class executive, who has that terrific combination of property, operations and corporate experience that will serve him well as he takes on this important role.”

Over the past decade, Marriott has moved from the number 10 position in total rooms distribution in Europe to number two today with over 570 hotels across 41 countries, and another 206 properties in its European pipeline.The company has 23 of its brands represented in Europe including: The Ritz-Carlton, St. Regis, The Luxury Collection, JW Marriott, W Hotels, Marriott, Le Méridien, Sheraton and AC Hotels by Marriott. Design Hotels, a collection of privately owned and operated hotels and a part of Marriott’s brand portfolio, will continue to be overseen by Brown in his new role.

A Dublin-native who has called the U.S. home for nearly 30 years, Brown has served in his current role since 2013, overseeing all of Marriott’s franchising in North America, across all brands, as well as leading Managed by Marriott, which operates more than 425 select service hotels.

Franchising encompasses more than 4,200 hotels in the U.S. and Canada. Under Brown’s leadership, both the Franchised and Managed Business have delivered superior performance for hotel owners and franchisees due to the organization’s disciplined approach to lowering costs, innovative strategies to improve profitability, competitive fee structure and world-class team. During his tenure, the number of hotels in his purview grew from nearly 3,200 to more than 5,000.

Brown has a degree from Trinity College as well as an MBA from the Robert H. Smith School of Management at the University of Maryland. Brown, who has been a member of the International Franchise Association since 2009, currently serves as the organization’s chairman.

Brown and his wife, Lillian, will relocate to Marriott’s European office in London during the first quarter 2019.

Marriott International, Inc. (NASDAQ: MAR) is based in Bethesda, Maryland, USA, and encompasses a portfolio of more than 6,700 properties in 30 leading hotel brands spanning 129 countries and territories. Marriott operates and franchises hotels and licenses vacation ownership resorts all around the world. The company also operates award-winning loyalty programs: Marriott Rewards®, which includes The Ritz-Carlton Rewards®, and Starwood Preferred Guest®. For more information, please visit our website at www.marriott.com, and for the latest company news, visit www.marriottnewscenter.com. In addition, connect with us on Facebook and @MarriottIntl on Twitter and Instagram.