Many Hotel Sellers Won Big in 2018

Many Hotel Sellers Won Big in 2018

On average, hotel prices increased significantly in 2018, as a strong pool of buyers with favorable outlooks kept downward pressure on cap rates. A strong bidding environment for hotels, particularly those in markets where barriers to entry were high and PIPs had already been completed, kept prices strong, resulting in some big wins for hotel sellers that purchased their hotels at the right time during the last downturn.

A few properties that were sold during the prior peak of 2006 through early 2008 had not yet regained their prior-peak pricing. Ten hotels in our survey were sold in the 2006–2008 period and were resold last year; of these, four exceeded the prior sales price, but six did not.

For those hotels that were previously sold in the 2009–2017 period, 75 out of 82 exceeded the prior sales price, by an average of 79%. These 75 hotels reflected an average annual-price-appreciation rate of 16%. It is important to remember that many of the properties that were previously sold at very low prices had a significant PIP that the buyer needed to complete in order to regain market share, strengthen room rates, and secure a brand for the longer term.

We expect winners to outpace losers again in 2019. As my previous article discussed, metrics should remain favorable for much of 2019. If your hotel is coming off a strong 2018, as evidenced per the profit-and-loss statement, and you purchased your property during the 2009–2014 timeframe, now may be the time to sell, if not refinance. 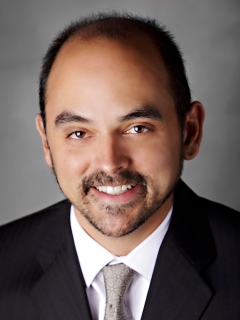 Rod Clough, MAI, President - Americas, oversees strategy execution throughout 40 Americas locations. He recently brought together all US Valuation Consulting offices under common ownership, and has revolutionized the way the company is led and managed. This group of offices represents over 120 hotel industry professionals and executes over 4,000 assignments a year. Rod has been working in the hospitality industry for 30 years and is a graduate of Cornell's School of Hotel Administration. He is a Designated Member of the Appraisal Institute (MAI) and a state-certified general appraiser. Contact Rod at (214) 629-1136 or [email protected].