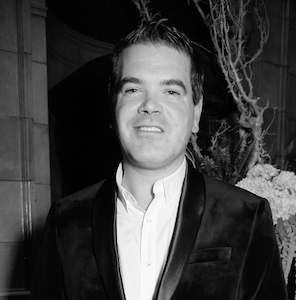 With over 25 years of experience in the hospitality industry, Taylor previously served as the company’s Chief Operating Officer overseeing operations at the group’s hotels including opening Lyle Washington DC in April 2021 and steering the properties globally throughout the pandemic.

“After a very difficult time for our industry, I am pleased to lead the next phase of development for Lore Group. With five unique hotels, a sixth due imminently, we are in a strong position for the future.  I am looking forward to the launch of One Hundred Shoreditch, having opened the original Hoxton Hotel in Shoreditch in 2006.”

Prior to joining Lore Group, Taylor was at the forefront of some of the most exciting hospitality brands throughout the last two decades, from launching the EDITION brand in 2013 to leading the Principal Hotel portfolio for Starwood Capital, where he held the role of Chief Operating Officer. His work led to him being recognised as the UK’s Hotelier of the Year in 2018.

Taylor brings a passion for people and commitment to the training, development and mentoring of those working alongside him. In addition to his role at Lore Group, David acts as a voice for the hospitality industry supporting Hospitality Action, the Master Innholders, and the Institute of Hospitality. He also serves as a Trustee for The Savoy Educational Trust.

Lore Group is an international hospitality company that designs, transforms, manages and operates hotel and food and beverage concepts in notable cities across Europe and the United States. From its offices in London and New York City, Lore Group delivers approachable and inspired spaces to guests from around the world. The group’s properties – including award-winning Pulitzer Amsterdam, Sea Containers London, Riggs Washington DC and Lyle Washington DC– are widely celebrated for their thoughtful design and interesting use of space. www.loregroup.com