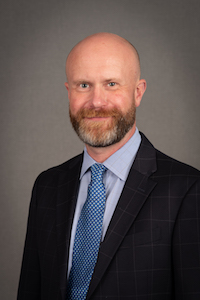 Baltimore, MD – Lord Baltimore Hotel is pleased to announce Thomas Bertrand as the historic and award-winning hotel’s new director of operations. Bertrand will oversee the rooms department and will serve on the hotel’s leadership team.

Bertrand brings two decades of hotel industry experience to this role having worked at several hotels across the country. Most recently, he worked as controller at The Ivy Hotel from 2014 to 2019. Previously, Bertrand served as a regional controller for Noble House Hotels’ Bernardus Lodge and Monterey Beach Resort (California); Grand Heritage Hotels’ The Stanley Hotel (Colorado), and the Garrett Hotel Group (Vermont).

Bertrand is a member of Hospitality and Finance Technology Professionals (HFTP) and the National Eagle Scout Association. He earned Bachelor’s degrees in both economics and in government from St. Lawrence University.

About The Lord Baltimore Hotel

The Lord Baltimore Hotel is located at 20 W. Baltimore Street, Baltimore, MD, 21201 in the heart of Downtown Baltimore and within walking distance to many local attractions. Recognized by the Historic Hotels of America as the “Best City Center Historic Hotel” in 2014 and one of the “10 Best Historic Hotels” by USA Today in 2015, the award-winning hotel towers over the Baltimore skyline at 23 stories and offers 440 new guest rooms and suites, more than 20,000 sq. ft. of meeting and event space and dining options including the LB Tavern, Skybar and LB Bakery. Additionally, art plays a major role in the hotel design with more than 2,500 pieces of artwork displayed throughout the building. Originally built in 1928, the hotel was purchased in 2013 and completely renovated by Rubell Hotels. The Lord Baltimore Hotel is a member of Historic Hotels of America, the official program of the National Trust for Historic Preservation and is listed on the National Register of Historic Places. More information on the hotel can be found at www.lordbaltimorehotel.com.