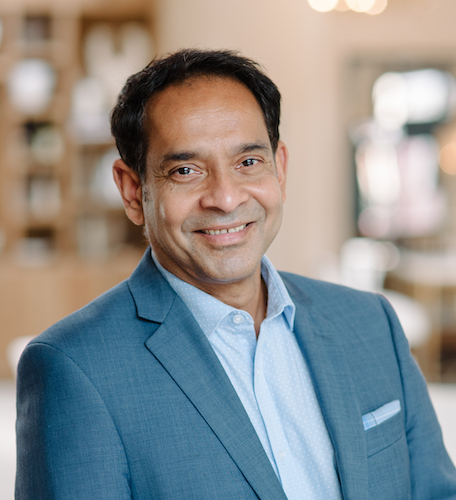 With more than 20 years of hospitality experience, John Gomes brings valuable industry expertise to his role as general manager of The Georges. Gomes has served in several roles in F&B and held leadership positions for some of the most luxurious hotel brands in Asia, the Middle East, Canada and the U.S., including Oberoi Hotels, Four Seasons Hotels, The Ritz-Carlton Hotel Company, Loews Hotels, Sonesta Hotels, Hilton Hotels, Hyatt Hotels, Omni Hotels, and Resorts and Hotel Valencia Group. Originally from Mumbai, India, he earned his certification in hotel real estate investments and asset management and F&B management from Cornell University. In his new role, Gomes is responsible for overseeing all hotel operations with a focus on the hotel’s F&B activations. 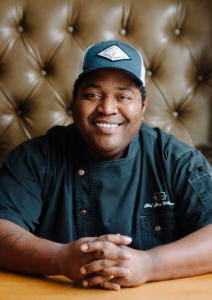 Additionally, Jason Wilkins has been promoted to head chef of Haywood’s Piano Bar & Grill, The Georges’ classy piano bar and restaurant offering a casual lively experience with regionally sourced cuisine and nightly entertainment, including live jazz on the weekends. His promotion comes after three years of dedication to The Georges’ culinary program as sous chef. Born and raised in Daytona Beach, Florida, Wilkins’ passion for cooking came from watching his aunts throw lavish dinner parties for friends and family. A self-taught pit master with his own barbecue sauce, Love All BBQ, LLC, Wilkins received his Bachelor of Applied Science degree in business supervision and management with a hospitality concentration from Daytona State College.

Beth Moore has been appointed to sales manager at The Georges. In her role, Moore will be in charge of coordinating corporate meetings and other social events at The Patton Room, The Georges’ luxe venue space. Originally from Richmond, Moore attended Hollins University in Roanoke where she received her degree in psychology. She currently resides in Richmond where she lives with her husband, Freddy. Over the years, Moore has become very familiar with Lexington and the Rockbridge County area, having often visited family members attending Washington & Lee University during their undergraduate studies.

Opened in 2014, The Georges is a 200-year-old Inn located in Lexington, Virginia. The property was carefully restored with respect for originality, highlighting the perfect combination of vintage chic and comfortable glamour. Each of the Inn’s 21 accommodations are one of a kind and feature hand-picked furniture that naturally fills vintage spaces, perfectly curated books on nightstands and rooms accented with paintings by Virginia artists. To see and be seen in Lexington, area residents, visitors and guests frequent The Georges’ two restaurants. Haywood’s Piano Bar and Grill offers a casual lively experience with regionally sourced cuisine and nightly entertainment, including live jazz on the weekends. For upscale pub fare, TAPS is The Georges’ main bar featuring craft beer, creative cocktails, salads, sandwiches and more. The Georges’ luxe event venue, The Patton Room, is ideal for accommodating intimate gatherings or large groups – up to 160-200 guests for standing receptions and 120-140 guests for seated functions. The Georges is located three hours southwest of Washington, D.C., two hours from Richmond, Virginia, and one hour from Charlottesville, Virginia. For more information, please call 540.463.2500 or visit www.TheGeorges.com.