Leveling the Data Field: How Hotels Can Compete with Better Data Access

Home/Leveling the Data Field: How Hotels Can Compete with Better Data Access

Leveling the Data Field: How Hotels Can Compete with Better Data Access 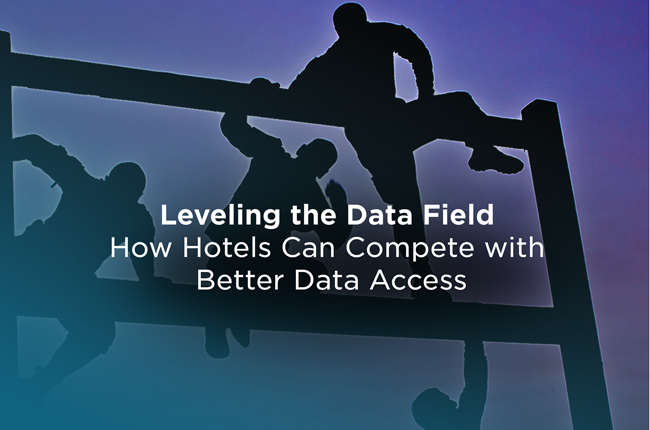 Amazon’s purchase of Whole Foods took over the business news this fall. A behemoth retailer acquiring a well-known but much smaller-scale grocer inspired a lot of speculation about what would change for Whole Foods and how. Of course, Amazon can afford to slash prices to grow the grocer’s market share, but clearly, Amazon must do something that makes Whole Foods’ model more sustainable. There’s no easy answer or there wouldn’t be so much conversation; however, among the things Amazon can offer that Whole Foods didn’t have before are large-scale efficiencies. As one expert in the field told The Washington Post, “The key to being a great retailer and great merchant is being incredibly efficient in terms of logistics and inventory management.”

When The Standard Hotel Group bought a 51% stake in funky Texas-based boutique group Bunkhouse Hotels a couple of years ago, this was exactly the same thing that Standard could do for Bunkhouse. According to Bunkhouse founder Liz Lambert, among tools Standard International brought to the table was the ability to “shift the backroom business functions” for her staff (Austin Business Journal). Additionally, Bunkhouse’s hotels are included in The Standards tech strategies, such as the One Night app, which sells the group’s last-minute inventory.

Joining forces can solve many problems for smaller hotel companies, though standardizing data will likely present challenges even in an ideal scenario, whereas for independents access to the kind of technology that keeps big brands working efficiently and effectively tends to be cost prohibitive and difficult to integrate. There is a constant conflict in trying to find large-scale efficiencies like those that Whole Foods and Bunkhouse will find while maintaing independence.

One thing that’s hard for independents and small hotel groups is that owners have the same expectations as the big brands have of their hotels. They want to pivot rates quickly and correct issues with lightning speed, but smaller groups frequently don’t have the ability to see all the moving pieces at once, like a big brand would. Spotting trends but pivot (in a cost-effective way) is much, much harder. In the case of independents, sometimes obtaining access to the technology is too cost prohibitive.

Simple example: The winter holidays are coming up. The GM at an independent property in Aspen, Colorado receives an alert that ADR and occupancy for several of the highest demand dates of the season is lower than anticipated. With a robust dashboard on hand, the GM is able to start digging on this problem immediately while rooms are still available rooms and a problem can be repaired. In one sitting, she is able to review STR market benchmarks against the property PMS. She can also look at Google Analytics and TripAdvisor to identify if there are any obvious problems in traffic or reviews that would have affected rates. She discovers that there has been an error in the way suites—a big part of the hotel’s revenue during a family travel holiday—are priced. They are much higher than the competitor’s and are, therefore, sitting empty and bringing down ADR.

She decides to adjust the rates, but she doesn’t discount them, yet, because she knows most of the town’s suites should be sold out already. Likely, she can still get a premium on them. However, they need to sell fast. With the DOSM, she checks the property’s current spend and acquisition costs to determine how best to promote the suites with the new rates and determines that the risk of losing most of the profit to OTAs is too high. Instead, the DOSM will promote heavily on Pay-Per-Click and create a highly targeted email campaign (a package with the suites that could be a last-minute family gift). If after the following weekend the suites still sit empty, they will reduce the rate, and if that doesn’t move them, they will push to OTAs. It is a tiered strategy that makes every effort to retain profitability, but it is only possible with all the data available for review in one sitting and on demand. If one of the first two approaches work, they will have successfully staved off unnecessarily sending high-value inventory to OTAs.

Traditionally an independent or small hotel group wouldn’t have had the big picture to work with. While the problem with the rates on suites may have been identified after digging around in the PMS followed by the competitive data, the go-to solution would either have been 1) a deep discount to move the suites or 2) to send them to OTAs for the visibility, paying a quarter of the revenue to a third party. In the new scenario, the hotel doesn’t have to figure it out… instead, an alert is received and the follow-up is far more efficient and profitable.

A tool like SnapShot's Analytics Pro allows you to manage hotel (or hotel group) performance with reporting on the fly (far superior to simple PMS reporting) with visualization of the many pieces that make a hotel profitable. Additionally, OTA tracker shows specifically how much third parties are affecting guest acquisition costs and an alert system acts as insurance for when occupancy or ADR or any other metric is out of line when business is too good or too bad. All data can be compared with the annual budget or forecasts. With a savvy technology tool like Analytics Pro, independents and smaller hotel groups will find that lack of technology or access to data is no longer inefficient nor massively expensive. Instead, the technology becomes a money maker.

In the 2017 Lodging Technology Study, published by Hospitality Technology, 39% of hotels reported that the biggest technology problem was lack of sufficient IT budget, as they embrace new guest-facing technologies and struggle to stay competitive in business intelligence matters. It is safe to assume that this percentage would grow if independent and small hotel groups were isolated from the research. What these segments have been missing is business intelligence technology that is efficient and easily integrated with legacy systems so that they can compete on the same level as the big brands with their technology resources.

Take Starwood’s weather technology. The brand, which has 1,200 hotels around the world, uses data integration and reporting to determine what price travelers are willing to pay for a Caribbean vacation based on the weather in their North American home cities (Forbes). Instead of responding to market forces, they are proactive and, in some ways, able to set the pace for rates. The bottom line is that they aren’t throwing darts in order to yield rates. Nor should you. 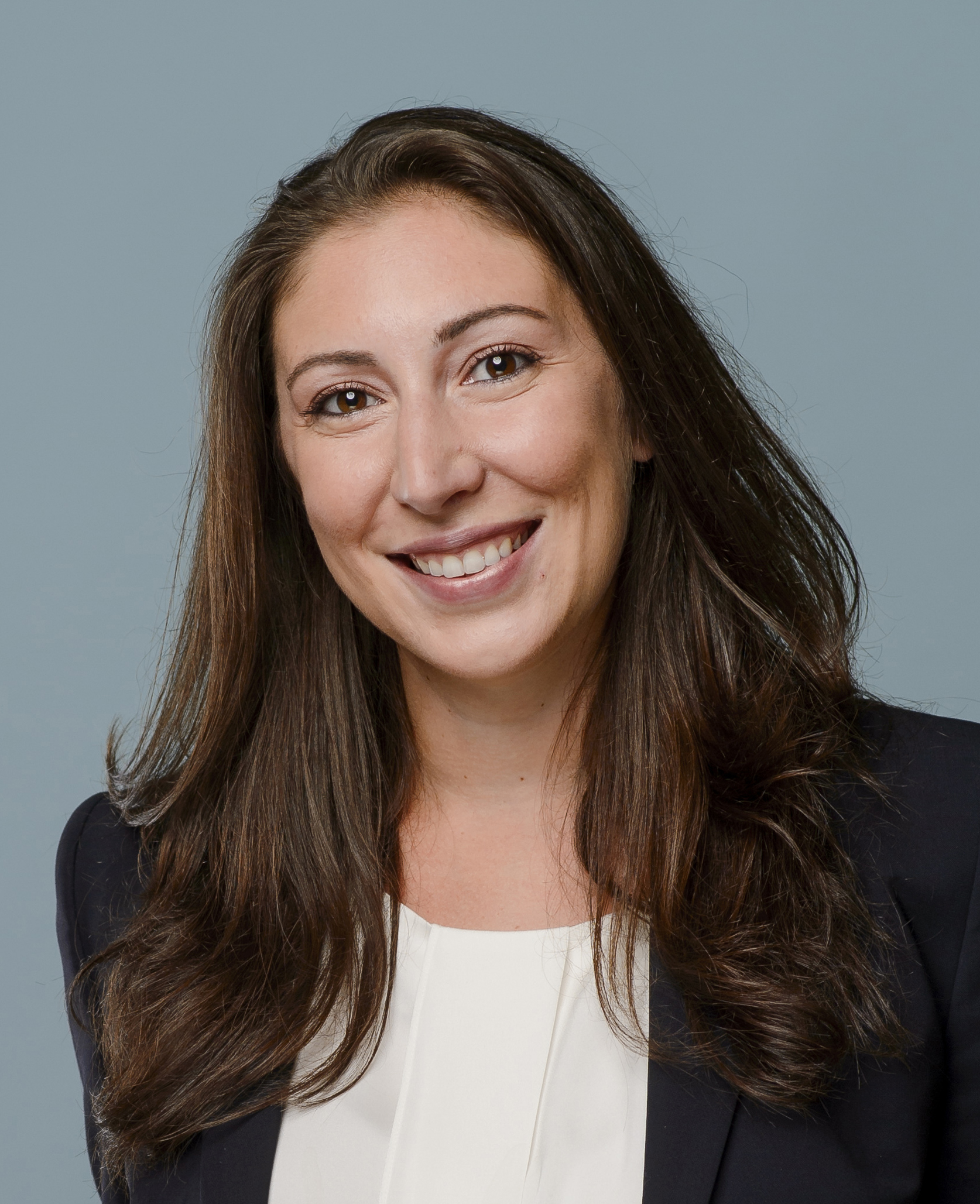 Margaret is Head of Marketing at SnapShot. In 2016, she was recognized for her work and was awarded HSMAI Europe’s Top 20 Extraordinary Minds in Sales, Marketing and Technology. Prior to that, Margaret held leadership roles at both startups and Fortune 500 companies like The Walt Disney Company and The Oprah Winfrey Network.