Lately, Hotels Seem to Be Falling Short on the People Parts

Home/Lately, Hotels Seem to Be Falling Short on the People Parts

Lately, Hotels Seem to Be Falling Short on the People Parts 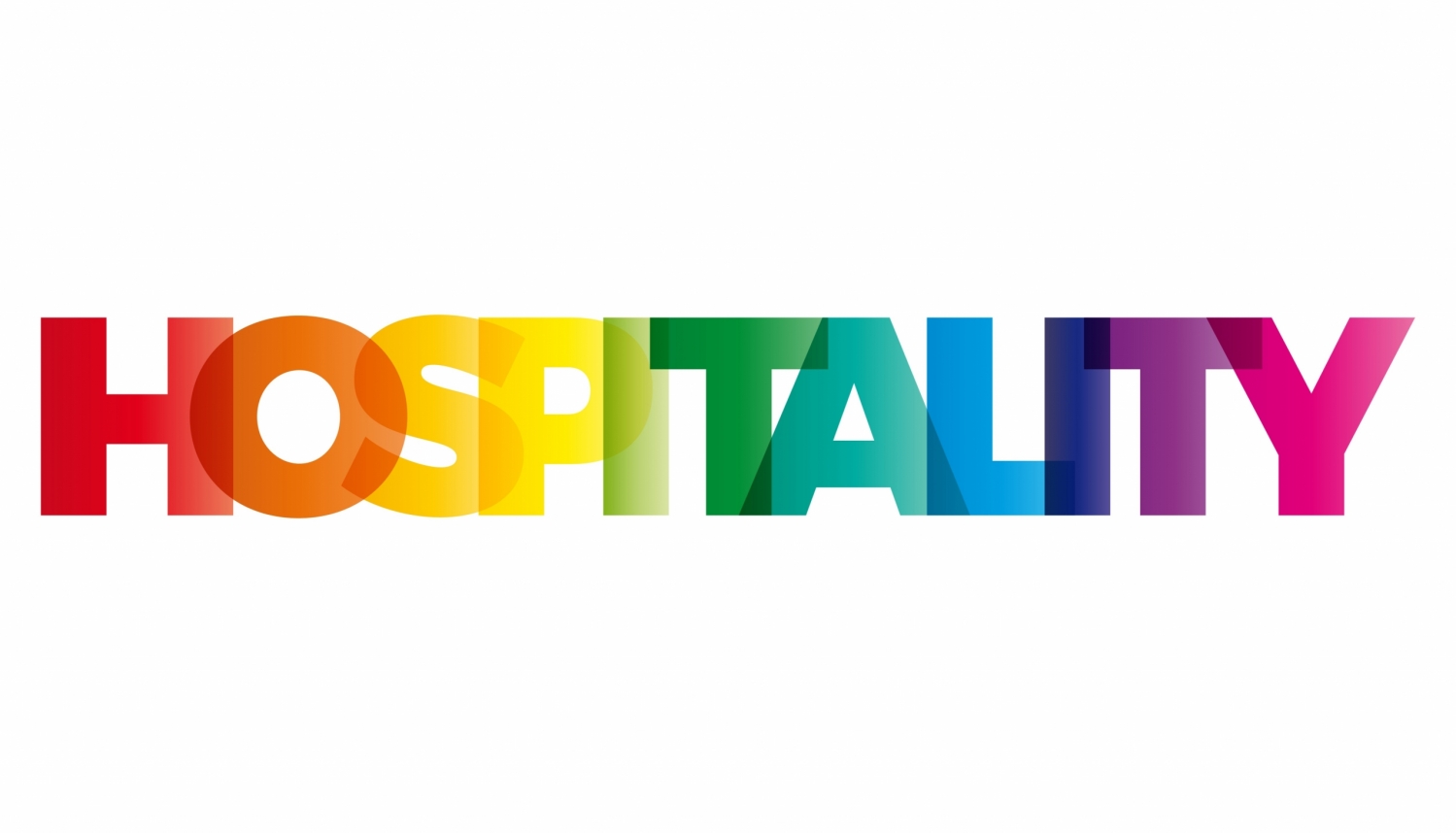 At the time of this writing, I’m on a plane ride back from attending four lodging industry conferences in 10 days, which caused me to be staying at four different large, branded hotels in Minneapolis, Dallas and San Antonio, all of which were close to the convention centers.  While all of the staff I encountered were polite and efficient, their service style was overall reactive and not proactive. Notably absent were some core essentials of hotel hospitality excellence that used to be part of “Hotel 101” orientation.

Much has been written about the challenges of finding qualified staff, but in each encounter, there seemed to be plenty of help and again they were polite and well-spoken. Given all the recent obsession with “contactless” guest service and providing the latest and greatest “guest tech,” I suppose I should not be surprised.  Here are some of the things I noticed, along with related training tips.

•  After picking up my key at a well-staffed Hilton front desk, I just wanted to drop my bag ASAP and head over to the opening reception for the conference, as my flight had been delayed. At first, I did not even notice that the front desk colleague failed to direct me to the elevators, but as I walked away and didn’t see them, I returned and asked. “Straight ahead and just to the right” were the instructions. So, I headed across the lobby and took the first right, which took me on a long detour past the bar and into a meeting room area.

Training opportunity: Provide more specific instructions such as “Just past the bar on the right you will see the elevators,” or even better, walk the guest over if possible.

•  On the next day at the same Hilton, I realized I had forgotten a dress belt that I needed for the following day’s attire, so I asked if there was a department store nearby. The staffer was able to tell me there was a Target very close by, but they did not inform me that it closed at 6pm. Since every Target I have even been to is open at least until 9pm or 10pm, I waited until after dinner to go, but when I got there I learned that it closes at 6pm.

Training opportunity: Be prepared to direct guests to the best places to purchase items they commonly leave at home such as belts, socks, laptop chargers, and personal items.  Proactively offer details such as the hours of operations.

•  Arriving at a large Marriott, my wife and I unloaded 5 pieces of luggage from our Uber. The valet parking attendant ignored us, so we struggled on into the lobby and got in line at the desk. It was then that we noticed two bellmen standing inside. Apparently, they did not notice us, nor did the front desk associate offer luggage assistance, so at that point, we just took it the rest of the way ourselves.

Training Opportunity: Bellstaff should proactively offer assistance, versus waiting to be asked.  This provides an opportunity to familiarize the guest with amenities and services and to show them how certain features work in the room.  Use phrases, such as “May I assist you with that?” or “May I show you to your room?” and NOT “Did you need help with your luggage?” Similarly, the front desk colleague should say “May I have Chris show you to your room?”

•  Walking out of the same Marriott hotel later that evening, we needed to get to a Hyatt for a keynote presentation. Google Maps showed .5 miles, but my wife was debating whether to walk that far in dress heels, so we asked the valet attendant if there were any shortcuts. “Oh, the Hyatt? It’s right over there…” pointing to the building across the street. After walking a few yards in that direction, thankfully I thought to recheck Maps because he was pointing us to the Grand Hyatt across the street not the Hyatt Regency around the corner. Had I not done so we would have been late and my wife would not have been happy.

Training Opportunity: Always confirm the specific details on where a guest is going, especially if there are multiple hotels with the same flag, multiple restaurants with similar names, or two airports in a major city.

•  Upon entering the correct Hyatt, now running barely on time, I was pleased to see a lobby attendant who looked like a manager greeting guests at the door. “Where is the Rio Grande room?” I asked.  “The Rio Grande room?” she replied politely, but with an uncertain look, making me wonder if in fact I SHOULD have gone to that other Hyatt.  “Yes,” I said, to which she replied, “It should be right up that escalator.” Her uncertainly caused us to have a bit of anxiety until we saw the room. It turns out that the Rio Grande Room is actually a fairly large ballroom with sections A, B, and C, not a small breakout room, so for her to not immediately recognize this space by name stood out that much more.

Training Opportunity:  Make sure all staff are quizzed regularly on their knowledge of the hotel facilities and amenities. Train the staff to reply with confidence “It is…” vs. “It should be…”

•  Back at the Marriott where we were still staying, we awoke the next morning to see some of the local sights before heading to our next conference presentation later that day. While waiting to take the elevator down, we noticed a luggage cart in the middle of the hallway. Three hours later when we returned it was still there. It was a busy Saturday morning, and we were pretty certain a LOT of staff walked right by that cart without returning it.

Training opportunity: remind all staff that keeping up an orderly, neat appearance of the hotel is the job of every staff member. One should never say or think “It’s not my job, I’m only just the…”

•  After a couple of days at the Marriott, it was time to switch over to the Grand Hyatt attached directly to the huge convention center where our next speaking event was at. Expecting possible challenges finding our meeting room in such a large venue, I dressed in my jogging gear and headed over early.  Fortunately, the guest room was ready early, so I was able to check in. While standing at the desk, I noticed a “this way to meeting” sign with the logo of the association we were presenting for with an arrow pointing towards the bar and restaurant, which seemed odd.

So I asked the front desk “Do you know where meeting room 213 at the convention center is?” She pointed in the opposite direction of the sign and politely replied “Oh, the convention center is the building across from us. Just walk over that way and you will see the lobby and there will be someone at the information desk.” So I did. Except that it was a very long walk, there was no one at that information desk and no signs for room 213.  There were lots of signs for meeting rooms with higher series-200 numbers, so I wasted a lot of time before I realized I was in the wrong section of the convention center.  I was glad I was in running gear as I ended up jogging around the whole place, only to learn that the convention center also ran directly behind this Hyatt. Had I followed the arrow on the sign it would have been a far shorter walk.

Training opportunity: When hosting a hotel-wide meeting or conference event, train your front desk team on the specifics of where the group’s main events are being held and the shortest paths, especially at large hotels or those connected to conference centers.

To reiterate, all of the staff I engaged in these situations were extremely polite and articulate. In every case there was plenty of staff on duty as well. I should also mention that I had accessed and used all of the fancy apps the hotel brands had put out, and I had also downloaded and used the “conference attendee apps” for the conferences I was presenting at. Yet in the end, the people parts fell far short of expectation several times these past 10 days. Some leaders might blame this on the labor market, but to me, each of these shortcomings point to a failure of leaders to focus on the timeless essentials of hospitality excellence.

Wag! Survey Reveals 94% of Travelers Would Trade In Favorite Hotel Amenities for Pet-Friendly Accommodations
Virgin Hotels Edinburgh Partners With InnSpire to Offer Cutting-Edge Guest Experience, Casting and Contactless Service Capabilities
Good Intentions Can Be More Important Than Perfection
SHR, Stayntouch Launch Timely Resource to Help Hoteliers Improve Guest Experience While Automating Operations
youtip to Host ‘Catch Cash for a Cause’ to Support HFTP Foundation at HITEC Orlando
Understanding Consumer Behavior: How to Influence the Decision-Making Process
Another Lesson on How to Handle Angry Customers: Don’t Smell the Milk
How to Win Guest Loyalty for an Eco-Conscious World
3one3 Boutique Hotel Streamlines Operations and Delivers Contactless Guest Experience with Stayntouch PMS
Hilton Trains Waiters and Waitresses to Become ‘Waitographers’ in Order to Capture the Perfect Photo
Beekeeper Named ‘Best Employee App’ for Resorts World Las Vegas Deployment
The Top 5 Drivers of a Successful Company Service Culture
Clairvoyix and Fetch Partner to Bring On-Property Guest Communication and Incident Reporting to The Wallace
youtip Presenting on “The Power of Tipping: Going Beyond the Money” at HITEC Orlando
A Lesson from Michelangelo: Details Matter
Hotel Sales: When Product, Process, Place, and Price Are the Same, People Make the Difference
Nomadix and Telkonet Create Smart Room Experiences for Hotel Guests
PPDS to Showcase a Full Suite of Hospitality Displays and Solutions at HITEC – With a Brand-New Line of Philips MediaSuite TVs to Be Unveiled
Two Grupo Boldt Properties in Argentina Choose INTELITY to Transform Guest Experience
Feedback Narcissism