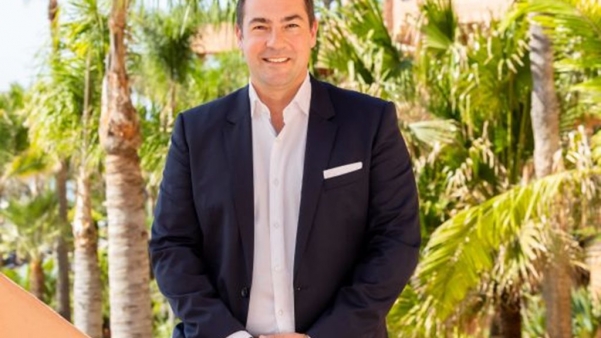 “After a number of years located in Egypt, I am delighted to be leading another outstanding hotel in a popular holiday destination here on the Costa del Sol,” stated Lars Pursche, who joined the hotel a few weeks ago. “It is now time for us to focus on growth and welcoming guests from around the world as we continue to recover from the impactful last few years. I can already feel the positive energy of the hotel and its dedicated and motivated team members.”

Lars Pursche takes over the role of General Manager from Axel Bethke, who joined Kempinski Hotel Bahía in 2018.

Nestled between the charming village of Estepona and the luxury town of Marbella, the five-star Kempinski Hotel Bahía welcomes guests on the Costa del Sol with a front-line beach position and incredible views over the Mediterranean, the coast of Africa and Gibraltar. With 145 rooms (including 17 suites), subtropical gardens and pools, various trendy culinary concepts and an exclusive Kempinski Spa, this holiday resort delivers the high quality and impeccable service Kempinski is known for. A meeting and events centre rounds off the manifold facilities.

Created in 1897, Kempinski Hotels is Europe’s oldest luxury hotel group. Kempinski’s rich heritage of impeccable personal service and superb hospitality is complemented by the exclusivity and individuality of its properties. Today the Kempinski Group operates 80 hotels and residences in 34 countries and currently has more than 25 prestigious projects under development around the globe. Each five star hotel reflects the strength and success of the Kempinski brand without losing sight of its heritage; each one imbues the quality guests have come to expect from Kempinski while embracing the cultural traditions of its location. The portfolio comprises historic landmark properties, award-winning urban lifestyle hotels, outstanding resorts and prestigious residences. Kempinski is a founding member of the Global Hotel Alliance (GHA), the world’s largest alliance of independent hotel brands. www.kempinski.com  www.ghadiscovery.com