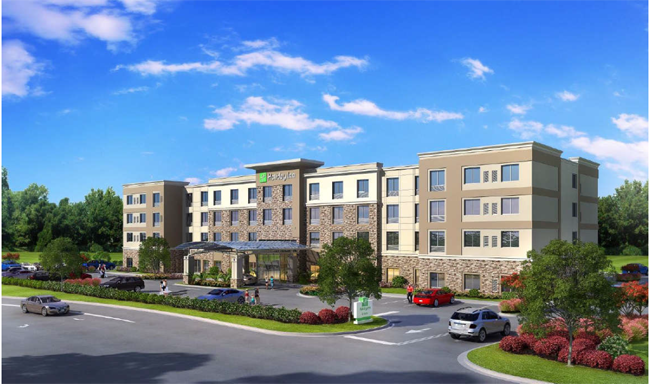 Greenwich, CT (November 6, 2018) — Knighthead Funding, LLC has funded an $8.5 million construction loan for the completion of a 104-room Holiday Inn & Suites in the Savannah submarket of Pooler, GA.

The sponsor, a Georgia-based hotel development and management company whose portfolio currently includes flags such as Hilton, Marriott and Holiday Inn had funded the entire development with all equity prior to Knighthead’s involvement. Due to liquidity constraints, the Sponsor needed a creative source of capital to get comfortable in funding a project that was approximately 50% completed.

The Greenwich, CT-based lender was able to recognize the strong hotel fundamentals of the Savannah market, underwrite and fund the loan quickly keeping construction downtime and potential losses to a minimum, according to Knighthead Vice President Brian Sullivan who led the origination team.

“Judging by the quality of construction that had been completed, and the local experience of the sponsor who had already secured a 20-year franchise agreement from IHG, we were confident the hotel would perform well against the competitive set,” said Sullivan. “Based on the occupancy and the average daily rate commanded by other hotels in the submarket, we believed the sponsor could meet its projected RevPar within the first 12 months of operation.”

The hotel is located in a prime I-95 corridor location that services the Savannah Airport. In addition, the hotel will benefit from numerous demand drivers including Savannah’s popularity as a tourist destination and its growing economic base anchored by the military, education, healthcare and aerospace sectors, according to Sullivan.