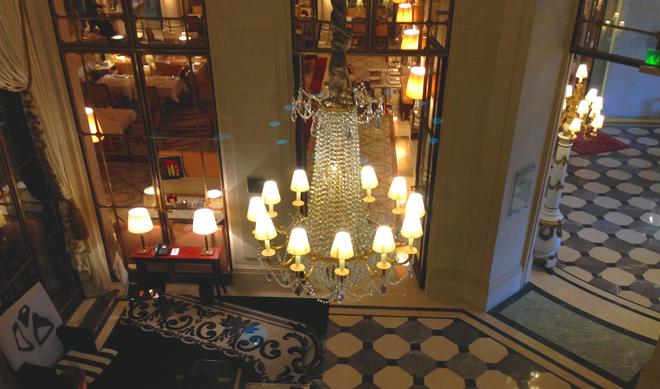 It’s no longer about the best quality furnishings, facilities and technology. Many people, especially those who can afford to stay at high-end hotels, already have these in their homes. These are expected. But still quality matters. It has to be the “best”, in fact the very best. Quality products, in all of the hotel’s “products”: the facilities, the fixtures and fittings, the service and in the delivery of it. From the best crystal (Baccarat) to the finest china and table linen. Quality craftsmanship and the attention to detail is a dimension of luxury itself. It is on display in the dining room, in the choice of fabrics and furnishings, china and silverware, and in the roles of each individual member of staff.

The Ritz Paris, during its recent closure, approached a dozen different companies as potential suppliers for its linen and bath towels. They tested for color resistance and quality after repeated washing. Peach towels remain the color of choice for all the bathrooms. Why? Because 120 years ago Madame Ritz believed they were the best color for the care of women’s skin.

Gold taps and a peach towel – The Ritz Paris

“What we use always is premium quality. Like what we use for bed linen is an Italian brand known for their private linen. They never do a hotel normally. So we asked them specially to produce for us because when we did the tests during the closure the results were excellent. We sent them to the laboratory to evaluate the resistance of the colors etc. They were the best. You'll not find this linen in any other hotel,” says Jean-Pierre Trevisan, Director of Operations at the Ritz Paris. He adds the tests took almost two years to complete. “We had 12 companies provide samples just for the bath towels, the same for the bed linen.”

Michelin-star chefs don’t compromise on quality either. Whilst the cost of having a Michelin star chef, such as Alain Ducasse, on board is high, there is usually a good return on investment. A Michelin-star restaurant is able to build the quality perception of the hotel, its name and reputation. It adds to the value of the whole operation and is, in effect, a great marketing vehicle.

But quality needs to be delivered consistently, not just here and there. It’s 365 days of the year, 24 hours a day, and seven days a week. Across all facilities, service and offerings, 360 degrees of consistent quality and reliability. According to François Delahaye, Chief Operating Officer of the Dorchester Collection and General Manager of Plaza Athénée in Paris, consistency can only be delivered in luxury with a high staff-to-room ratio. “You can’t be good one day and average another, you need to be very good all the time. You need to have staff and an organization that is able to deliver that every single minute of the day. In luxury hotels there’s no room or place for complaints.” Certainly not when the guest is paying thousands, if not tens of thousands, of dollars or euros. This is just a basic requirement.

The number of staff per room on average seems to be three to one. However, there are exceptions. The Ritz Paris currently operates a ratio of six to one. That’s 600 employees for just under 100 bedrooms. It’s partly on account of not being up to their maximum number – the remaining bedrooms are due to open early next year – but it’s also due to the reopening. They have a small window in which to woo back loyal clients who during the four years of closure stayed at other hotels in Paris.

But consistency is not that easy to achieve. Laurence Bloch, Deputy General Manager, Hôtel Plaza Athénée, Paris, is a strong believer in the vision of the Dorchester Collection, which is not about “perfection” but delivering a “taste of perfection”. She claims that “perfection” is impossible to achieve and, if it did exist, “would be boring”. As in luxury generally, little faults or flaws are inevitable, a result of the focus on the human element that is intrinsic to luxury. It shows authenticity, a reflection of the craftsmanship and that, in its place, adds character.

Consistency is more difficult nowadays to achieve anyway. In the past, employees would stay for a lifetime. Take for example Werner Küchler, the Maître d’ from the Hôtel Plaza Athénée in Paris who has been with the hotel for 41 years; or William Oliveri, the barman, at Bar 228 at Le Meurice, Paris. He has been there since 1978 but is due to retire next year. He’s part of the hotel. For returning guests and other employees, such long-term employees provide that all important consistency, delivering consistent quality service … and more.

Suite at Plaza Athénée in Paris

Maintaining quality and high standards consistently is about processes and operations, as well as having a sufficient number of employees to carry out the exacting standards demanded of a luxury or Palace hotel. At the Ritz Paris, they currently have an average of seven to nine painters on hand. They are constantly working in the public areas, corridors and bedrooms. Before each arrival the carpets are cleaned. Touch-ups are carried out on paintwork if needed. All equipment – from the Bluetooth connnection to the TV in the bathroom – is checked to make sure it’s working. The same is generally true for all Palace hotels. At the Mandarin Oriental in Paris, there is a constant rotation with five to six rooms out of a total of 138 being closed off for about six weeks for renovation. It’s ongoing. Luxurious fabrics and furnishings, particularly wall coverings, look fabulous and aesthetic but are not always hard wearing. One mark on a fabric wall covering and it needs to be totally replaced.

Preparations for the guests’ arrival are meticulous and precisely managed. Every details counts. At the Ritz Paris, rooms are checked and rechecked by the Guest Relations team, as well as the housekeeper or housekeeping team. For VIP guests, the Director of Operations himself checks each room prior to arrival. For the Vendôme Suite, for example, Jean-Pierre Trevisan says there are four quality control checks. “We always find something,” he says. And sometimes the clients find something too. It's difficult to achieve a 100 per cent success rate, he adds, “but at least we try (to achieve) 99 per cent.”

Suite at the Mandarin Oriental Paris

At the Plaza Athénée they use ISO (International Organization for Standardization) international standards as the backbone to providing quality. But it goes beyond that. It challenges them to be better every year and “we have been doing that for 16 years,” says Delahaye of the Dorchester Collection.

Maintaining quality day after day in all things is fundamental but that in itself doesn’t “make” a hotel luxury or a Palace.

In the coming months on EHL Hospitality Insights, we will be exploring the other key pillars that contribute to a hotel being luxury or a Palace in this series of articles on luxury hospitality. 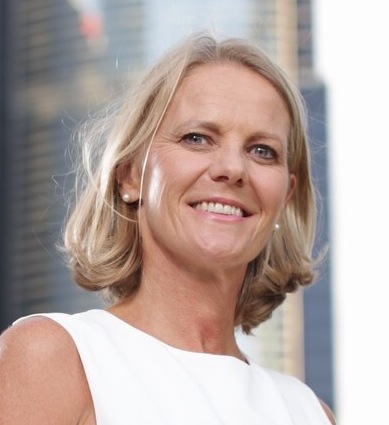 Dr. Suzanne Godfrey is a guest lecturer at EHL and an independent brand and marketing consultant.

Frank Schuetzendorf, a senior lecturer in F&B at EHL, also contributed to this article.

Understanding the Role of a Hotel Asset Manager
How Hospitality Students See Their Future in the Industry
Toxic Leadership: How to Spot It, Survive It and Thrive
Understanding Consumer Behavior: How to Influence the Decision-Making Process
The Top 5 Drivers of a Successful Company Service Culture
CSR Adoption in Independent Hotels: The Drivers and Barriers
The Role of Unemployment Benefits in the Current Labor Shortage
How Business Model Innovation Can Boost SMEs in Times of Crisis
The Hotel of the Future: Interview With GM About Technology in 2030
What Is Servitization?
Inclusivity Is the Key to Gender Diversity: Open the Door Please!
Sustainable Business Practices vs. Business Recovery: HR in the Middle
How Will Hospitality Emerge From the Pandemic? Findings From EHL Research Day
6 Main Ethical Concerns of Service Robots and Human Interaction
How to Reposition Hotel Real Estate: A Methodology
Online Networking: How to Build Meaningful Interactions Remotely
What Makes an Effective Digital Marketing Strategy and How to Craft One
What Does ‘Metaverse’ Mean and What New Career Paths Might it Create?
Top 10 Global Spa Trends for 2022 Designed to Heal Mind, Body & Soul
3 Ways to Fix the Hospitality Labor Shortage & Welcome Back Employees