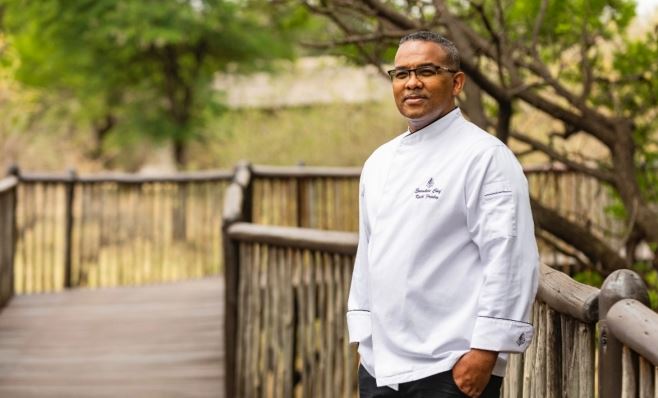 Keith Frisley has been appointed Executive Chef at Four Seasons Safari Lodge Serengeti, with him trading the vibrant city life in Johannesburg for the serene beauty of the Serengeti National Park.

Formerly Executive Chef at Four Seasons Hotel The Westcliff, Johannesburg, Frisley is a native South African, who has worked across a number of leading luxury hotels in Johannesburg. He has also traveled internationally to represent his country in the national culinary squad, following an extensive career working alongside multiple Michelin star chefs.

Arriving to the savannah, Frisley is excited to play host to guests discovering their bucket list safari adventures and ensuring their culinary experiences are an extension of the unique atmosphere afforded by the Lodge’s central location in the Serengeti National Park.

“We are blessed to enjoy this spectacular location here in Serengeti,” says Frisley. “There is such tranquillity about dining against the backdrop of the savannah, it’s an experience like no other. The beauty and power of nature has always been an inspiration to me in my culinary career, particularly with reference to sourcing the best ingredients. To now be located in the wild savannah, it’s a whole new chapter of my personal adventure that I cannot wait to share with the Lodge’s culinary team and our guests.”

In his new role as Executive Chef, Frisley will oversee the culinary teams and operations to serve the Lodge’s three restaurants; Maji Bar and Terrace, for international fare and views overlooking the active animal watering hole; Boma Grill, which is designed like a traditional Maasai house and offers an African-inspired menu; and Kula’s Restaurant for live cooking stations and varied hot and cold buffets, all complemented by a backdrop of the Serengeti Plains.  Furthermore, Frisley will be responsible for the culinary experiences of bush dinners, private villa dinners and individually personalized wine pairing menus for guests opting to dine in the exclusive Vineyard.