Joe D’Alessandro and Ernest Wooden Jr. to Be Inducted Into U.S. Travel Hall of Leaders

Home/Joe D’Alessandro and Ernest Wooden Jr. to Be Inducted Into U.S. Travel Hall of Leaders

Joe D’Alessandro and Ernest Wooden Jr. to Be Inducted Into U.S. Travel Hall of Leaders

WASHINGTON (October 22, 2020) — Travel industry leaders Joe D’Alessandro, president and CEO of the San Francisco Travel Association, and Ernest Wooden Jr., former president and CEO of the Los Angeles Tourism & Convention Board, will be honored as the 2020 inductees into the U.S. Travel Association Hall of Leaders, the organization announced Wednesday.

Distinguished individuals are named to U.S. Travel’s Hall of Leaders for “sustained, noteworthy contributions that have positively impacted the travel industry and raised industry-wide standards.”

With these two inductions, 102 travel industry luminaries have been named to the U.S. Travel Hall of Leaders since it was established in 1969.

“Ernie is a brilliant leader with a distinguished career in travel and hospitality, breaking barriers and blazing a trail that many others have followed,” said U.S. Travel President and CEO Roger Dow. “Joe is consistently in the vanguard of travel and tourism promotion, setting the highest bar in a city beloved around the world.

“Both of these deserving leaders have not only served their respective organizations with great distinction but also America’s travel industry as a whole, contributing greatly to the growth of travel to and within the United States.” 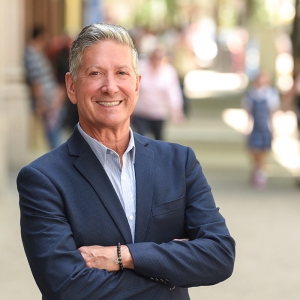 D’Alessandro has led the San Francisco Travel Association as president and CEO since 2006 and is an avid ambassador for the city’s culture and heritage. His success in destination management has attracted an increasing number of visitors annually to San Francisco—surging 30% since 2009—and he has boldly addressed city challenges with purpose and compassion.

At the helm of San Francisco Travel, D’Alessandro capitalized on the region’s booming technology sector by embracing a comprehensive digital marketing strategy, forging key partnerships with the hotel community, attractions and other destinations to maximize the visitor experience. D’Alessandro is an innovator who developed the San Francisco Tourism Improvement District, which created a sustainable funding structure that serves as a national model for tourism promotion.

D’Alessandro has served numerous industry boards, including the board of directors of the U.S. Travel Association, Visit California and San Francisco’s Super Bowl 50 Host Committee.

“Joe has been a passionate and committed leader to furthering San Francisco’s representation as a world-class travel destination,” said San Francisco Mayor London Breed. “His work has supported the expansion of Moscone Center, which has helped San Francisco retain our strong position in drawing conventions and supporting our local jobs and economy. We are lucky to have a strong partner in Joe as we work together to bring travelers safely back to San Francisco.” 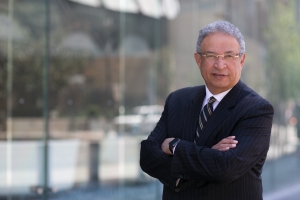 Wooden’s career in tourism and hospitality was capped with seven years as president and CEO of the Los Angeles Tourism & Convention Board, from which he retired in June. Wooden also served as executive vice president, global brands with Hilton Hotels Corporation, where he was noted as the world’s highest-ranking African American hotel executive, spearheading initiatives for 3,000 properties in 80 countries. Wooden also held senior positions with Sheraton Hotels and Resorts, Omni Hotels & Resorts, DoubleTree by Hilton and Promus Hotel Corporation.

Under Wooden, Los Angeles experienced record-breaking visitation, welcoming more than 50 million visitors from around the world in 2018—the culmination of an ambitious goal set by Wooden at the beginning of his tenure. He strengthened Los Angeles Tourism’s international footprint, particularly in China, where he established multiple full-time offices to serve inbound tourism to L.A. Wooden was named to EBONY® Magazine’s Power 100 list and has served multiple boards, including U.S. Travel’s Executive Committee, the Los Angeles Area Chamber of Commerce, Visit California and the U.S. Travel and Tourism Advisory Board.

“Ernie is an ambassador of the Angeleno spirit, and a champion of the values and voices that make us proud to call Los Angeles home,” said Los Angeles Mayor Eric Garcetti. “Ernie’s induction into the U.S. Travel Hall of Leaders is a fitting tribute to a remarkable career – how he helped transform our tourism industry into an engine of our economy, how he shared our story with the world, and how he deepened our city’s identity as a destination for dreamers, doers, visitors, and visionaries from across the globe.”

U.S. Travel Association is the national, non-profit organization representing all components of the travel industry that generates $2.6 trillion in economic output and supports 15.8 million jobs (pre-pandemic). U.S. Travel's mission is to increase travel to and within the United States.