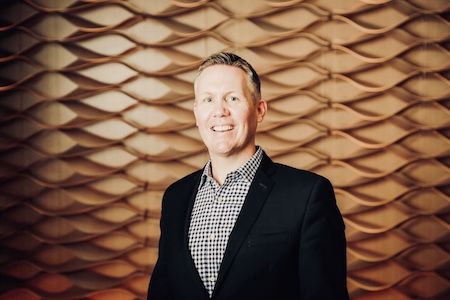 MANHATTAN BEACH, Calif. (March 25, 2019) – westdrift, Manhattan Beach’s playful Autograph Collection Hotel where the laidback spirit of the West Coast meets the cosmopolitan appeal of the East Coast, has appointed James Wroblewski to the position of General Manager. Wroblewski brings 20 years of resort management experience to the position and has been noted as an esteemed leader within leading hospitality lifestyle brand portfolios across the country.

“I’m honored to be joining such a dynamic team and look forward to continuing to enhance the westdrift’s already distinguished guest experience,” said Wroblewski. “I have had the privilege of working for numerous properties within the Marriott portfolio throughout my career, and I am thrilled to begin this new chapter with such a spirited Southern California hotel.”

Most recently, Wroblewski held the position of General Manager at the W Los Angeles West Beverly Hills, where he helped drive a property-wide commitment to delivering guest experiences that grew exponentially year over year. While there, he was instrumental in managing the successful integration and implementation of cutting edge, brand systems and policies. Additionally, underscoring his passion for developing talent, during his tenure, he championed and helped facilitate an all-new mentorship program that recognized and rewarded team members with high potential and drive.

Wroblewski began his hospitality career as the Front Office Manager at The Westin Century Plaza Hotel and Spa in Los Angeles, Calif. While there, his passion, drive and infectious energy quickly elevated him to the position of Director of Operations. Wroblewski later served as Director of Operations at a variety of high-volume, lifestyle hotel properties including the Palms Casino Resort in Las Vegas, Nev. In 2012 he took on his first role as General Manager at the W New Orleans, where he led the repositioning effort following a multi-million-dollar renovation. After four years in the Crescent City, Wroblewski moved back to the land of sand and surf to take the helm of the W Los Angeles West Beverly Hills as General Manager.

Wroblewski attended the University of Nevada-Las Vegas, where he earned a Bachelor of Science degree in Hotel Administration. He lives in the South Bay community in Redondo Beach, Calif. with his wife and two daughters.