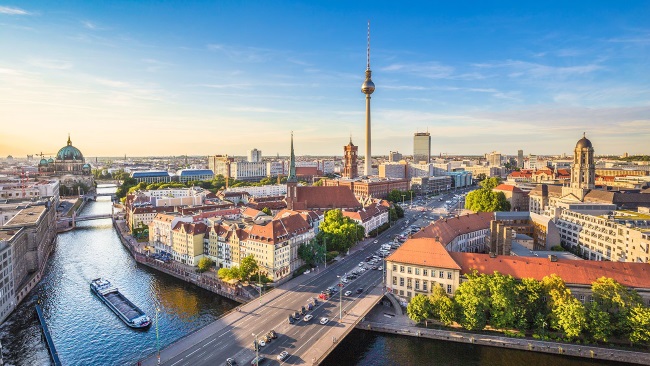 If you’re thinking of investing in the hotel sector in Europe where should you be looking to put your money? Patrik Hug, Senior Consultant, Advisory & Valuation Services at Christie & Co based in Munich, Germany, says much depends on how risk averse the potential investor is.

Hug, an EHL graduate, says that four out of five investors in hotel real estate are not passionate about hotels. “It’s about cash flows, yields, and the return on investment. Of course, they like dealing with hotels, but it could be a parking lot as well. In the end, as long as the return is correct, that’s all that counts. So it really depends on who you are and what your strengths are.”

Some hoteliers, he says, still haven’t learned from the financial crisis – they still like to cut prices. That means, however, they cannot get back to their normal rates.

A hotel manager is not necessarily a good investor, which is generally why they are not the owners.

“Nevertheless, people won’t stop traveling. We had seen during the recession of 2008-2009 Germany just had one year where there was a dip. The economy might have suffered, and in the hotel industry rates have gone down, but it was really just a year. The general economy suffered longer than the hotel business. People continue to travel more and longer, because it’s become affordable. Travel has become cheap – it is a commodity, and hotels have also become a commodity.”

While Germany is a safe haven with larger yields from hotel assets than other classes of real estate, Hug says that, overall, the newer EU countries which are still receiving funding from the European Union will see faster growth than the more mature European markets “because they were so far behind and are now starting to catch up.”

Hug told EHL senior lecturer Karen Earl-Erpelding in an interview for Hospitality Insights that growth in tourism is driven by the development of infrastructure such as airports. “Most European airports are congested and overcrowded, they are too small and many are running at full capacity or even beyond capacity.”

Here are excerpts of the interview.

On the outlook for the German hotel market.

Patrik Hug: Germany is regarded as a safe haven in terms of hotel investments and they have grown to be very attractive because they return larger yields than other forms of real estate, also because yields in general went down in 2017. We have seen 2018’s transaction volumes decreasing a little because there are just not many opportunities around anymore. This is especially true since 2016 was a very good year but since then there have not been as many transactions in existing hotel real estate and portfolios, as there haven’t been as many opportunities around on the market.

What we have seen is a shift from German investors who are not so often willing to pay such high prices anymore in primary gateway cities in Germany. Asian money, on the other hand, is less concerned about this, but they would just like to have an opportunity to invest in these top eight cities: Munich, Berlin, Hamburg, Dresden, Leipzig, Stuttgart, Düsseldorf and Cologne. Large institutional investors who are very risk averse have even started to acquire hotels and hotel projects in second-tier and sometimes even third-tier cities.

Why are Asian investors attracted to Germany? Is it a question of stability? Because there are markets even within Europe – such as Spain and Portugal – that have better growth rates?

Patrik Hug: Some investors have been cautious. For example, Spain is a leisure-driven market, thus you have lots of ups and downs, which makes it a bit less stable. Although there are business cities like Barcelona, Madrid and Seville, Barcelona has been a bit of a tricky city recently because of the political situation.

Why has Germany been so popular? The political environment has been very stable. Also, in terms of tourism, around 75 – 80 percent is domestic tourism so it’s very stable and affordable. For comparison, I just looked at the Geneva market and we had CAGR (compound annual growth rates) over the last five years in both supply and demand of less than one percent, and every German hotel market has grown more than three percent per annum, some even stronger.

Even though the German markets are very mature, they have performed very well. There is also a big pipeline for each of these top markets, but they seem to absorb the new supply well. However, not all have been able to raise prices at or beyond inflationary levels, so they have remained relatively stable. So the question is: how long is this going to remain so? Munich alone has a larger pipeline than the whole of Switzerland. In Switzerland, to get building permits takes much longer and you need to get the financing right as everything is more expensive.

But you also have the very seasonal locations which have relatively low ratios?

Patrik Hug: Yes, but some of the seasonal destinations have caught up strongly because they have really taken away demand from mature holiday markets so you have seen Spain and Portugal grow to a relatively strong level in the last two years, including destinations such as the Canary Islands, which have done very well, but with the other destinations around the Mediterranean coming back – Egypt, Turkey, etc. You can see the shift of where people are headed to.

A market that has grown tremendously over the last year and which has also drawn lots of interest is Croatia, which is growing as a destination. In terms of the hotel market, there is also some branded luxury product in the pipeline. There are some international brands present, but mostly it’s local brands and independent hotels. The key challenge for Croatia – as for any beach destination – is the winter months.

The market is certainly on the rise, for the whole coast. People feel comfortable with Croatia now that it’s fully integrated into the European Union. I do not know when they will adopt the Euro, but that would again boost travel even more. What we have seen is that flight connections have tremendously increased and, especially for these markets flight connections are the key to survival: the more flights, the more tourists. It’s a direct correlation. So the more air capacity such a destination can offer, the more tourism will flourish.

As for other markets, isn’t Albania severely under-developed?

Patrik Hug: It is, but it is also one of the last Mediterranean countries with a nice spread of coastline. I think this is where development will go when other markets are saturated.

Other markets where I think there is still growth potential are the Baltics. All three countries have beautiful coasts, mild summers like the Normandy area in France and there are some nice spots.

What about the Swiss hotel markets?

Patrik Hug: Switzerland is a different market as it’s expensive, but look at the numbers: Austria, which has approximately the same size of population, registered 3.8 times the number of overnight stays than Switzerland in 2017. Vienna alone registered almost half the overnights Switzerland generated during the whole year.

This also reveals that there is still room to grow, especially in the branded economy sector in Switzerland. There is pretty much just Accor which has a nationwide presence. There are some fantastic new products around … we just need to find the opportunity in the right location.

Patrik Hug is a senior consultant covering Central and Northern Europe for Christie & Co, which recently published its research, ‘Travel Trends and Investment Hot Spots‘, in which it analyzes 14 European markets. Hug graduated with a bachelor’s in international hospitality management from Ecole hôteliere de Lausanne (EHL) in Switzerland in 2015.

Mrs Karen Earl-Erpelding, also an EHL graduate, is a senior lecturer in accounting and finance at Ecole hôteliere de Lausanne and is a member of the proposed Hospitality Finance, Real Estate & Economics (HFREE) Institute. She holds an MBA from the University of Strathclyde in Scotland.

More from this author

Opportunities for Tourism Due to Post-Pandemic Travel Triggers
California Lodging Investment Conference [CLIC] Announces Updated Speakers, Sponsors & Exhibitors for 2023 Event
Hospitality Trends 2023 – the Future Ahead
Sustainable Actions in Hospitality: A Driver for Competitive Advantage
Optimizing Sustainability in Hospitality via Supply and Value Chains
10 In-Demand Hospitality Resume Skills
Regenerative Tourism – A Holiday Mind Shift Beyond Sustainability
Trends in Hospitality – The Impact of an Energy Shift
Swiss Tourism Outlook 2023: Datafication for Resilient Tourism
Valuing Hotels Amid Rising Capital Market Costs: A Case Study
Managing the Talent Gap: Sparking Passion for Hospitality in Gen Z
Why Hotel Investors Are Opting for Upgrades Over New Builds
With Deal Leverage Shifting to Buyers and Financial Sources, All Eyes are On Hospitality Prognosis for 2023
Transformational Resilience in the Hospitality Industry
Chef Franck Giovannini on the Constant Changes in the Restaurant Industry
Sustainability Action Plan for Hospitality
7 Tips for Successfully Embedding Customer-Centric Governance Into Company DNA
Global Hotel Investment on the Rise With Nearly 80% of Investors Revealing Plans to Buy in 2022
New Attitudes to Hotel Circular Economy Practices
Is an Aging Society a Threat or an Opportunity for Hospitality?