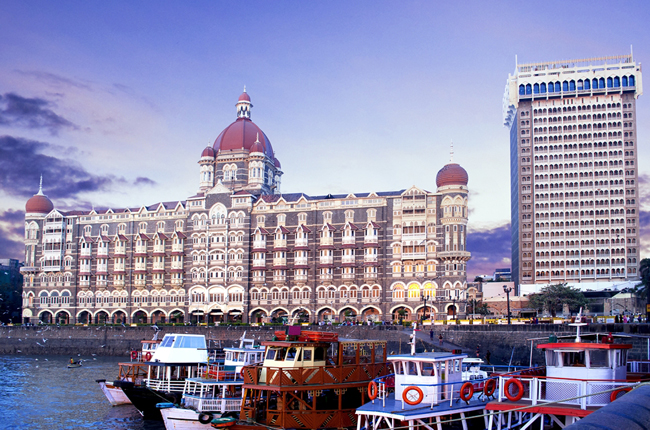 International hotel groups are boosting their presence in India, with big name brands set to open numerous properties across the country in the coming years.

As India’s GDP continues to climb, international chains are taking advantage of a boom in demand for hotel rooms. Marriott, for example, plans to add 35 properties to their existing portfolio of 32, while Accor recently reached a 45-hotel milestone. By 2020, Carlson Rezidor is aiming for a total of 170 hotels, by which time, the international chains together are set to exceed domestic room offerings.

“Though international hotel chains have in the past made multiple forays into the Indian Hospitality industry,, the current cycle has been much more sustainable,” explains Akash Datta, Vice President, Hotels and Hospitality Group, JLL India. “This time, chains have established a solid base and are growing in line with the country’s macroeconomic climate.”

According to Datta, the surge in demand for hotel rooms has been driven by various interconnecting forces. Increased disposable incomemeans more Indians are travelling. “A growing number of Indians are going abroad, and this creates an awareness of international hotels brands,” he adds.

Loyalty schemes also play a part in enticing guests who have stayed at hotels abroad to choose the same brand when travelling within the country. “At the same time, international hotel brands are acquiring local know-how and adapting to the requirements of the Indian market,” says Datta. “Loyalty, convenience, reputation—all of these contribute to the trend.”

Though foreign tourism is on the rise, it’s the domestic market that’s driving the lion’s share of demand. In 2015, Indian states reported almost 1.5 billion visits overall, up more than 11 percent on the previous year.

“The majority of hotel business still comes from domestic leisure tourism but an increasing number of people are traveling around the country on business,” says Datta. The companies they work for tend to have preferred hotel brands.”

Growth is far from equally dispersed across the country. “Big tourist locations like Goa, Jaipur and Agra are benefiting from this development and setting the trend,” says Datta. According to reports from STR, Goa, for example, has seen average room rates rise almost 10 percent, to overtake Mumbai as the most expensive city in India for hotels.

The shift is having a visible impact on the overall market. “Previously the hotel market was largely unorganized,” says Datta. “International brands’ increasing presence is making it more mature and organized. Thanks to well-established distribution networks, hotels are able to draw in customers that would otherwise be difficult to reach.”

The rise of international hotel brands comes at the expense of home-grown chains, such as Taj, Oberoi and ITC, which have traditionally dominated the market. “As they struggle to maintain a brand presence, growth has fallen short compared to international brands in the country,” says Datta.

Domestic chains in the past have typically owned and operated their hotels, whereas international brands maintained a focus on management. The rising cost of land and increased debt has, however, made the ownership model more cumbersome, and forced domestic hotel chains to move toward a more asset-light approach.

“The domestic hotel chains are now aligned with the methods employed by their international peers and are offering similar management contract terms,” says Datta. “Domestic chains further distinguish themselves by claiming to have a better understanding of the Indian consumer, its preferences as well as stronger brand equity. However, they should further build on their skills to successfully compete with their international peers.”

Yet both domestic and international chains face a major hurdle in their future growth through the lack of tourism infrastructure. According to Datta, many desirable destinations remain relatively inaccessible. However, he believes that as the country thrives, these markets will open up.

“Overall the outlook is extremely positive, concludes Datta. “The long-term development of the country looks secure, and the market potential remains largely untapped.”

Real Views is a news site from JLL that features stories exploring the world of real estate and its impact on the wider business world. Our authors and contributors, from within and outside of JLL, provide expert insights that create stimulating conversations to help you make informed decisions.International Hotels Expand Their Footprint in India