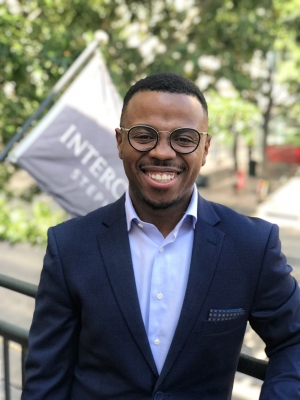 AUSTIN, TEXAS — August 7, 2019 — The InterContinental Stephen F. Austin Hotel in downtown Austin has announced the hiring of Nicholas Hines as director of food and beverage for the property. Hines brings over nine years of industry experience to the role, where he will provide strategic leadership and oversee the operation of the hotel’s food and beverage outlets as well as its events and catering services.

Prior to this appointment, Hines served as the general manager of Southern Art and Bourbon Bar at the InterContinental Buckhead Atlanta since December 2017. There he was responsible for overseeing the hotel restaurant’s food and beverage program, including supervising all food service personnel, managing cost and requisition, and controlling food quality and presentation. Previously, Hines held the positions of food and beverage manager at Marriott International in Bethesda, MD, general manager of clubs at Levy Restaurants D.C., and food and beverage manager at The Ritz-Carlton in Washington D.C.

Hines, who is originally from Jamaica, moved to Atlanta in 2015 to attend Tuskegee University where he graduated from the Brimmer School of Business. Now in Austin, Hines is eager to see where he can lead the team and make the most of his position at such a prominent, iconic hotel.

Located in the heart of downtown Austin, the InterContinental Stephen F. Austin Hotel has remained one of the leading hotel properties in the area. Stephen F.’s Bar & Terrace has one of the best patios in town, complete with refreshing cocktails, delicious local bites, and the most incredible view of Congress Avenue, the State Capitol, and the historic Paramount Theatre.