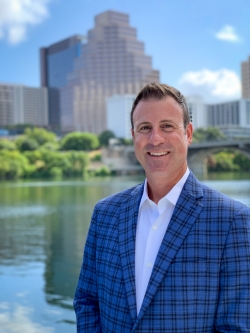 “I am thrilled to join the incredible team at Hyatt Regency Austin,” said Jeff Donahoe, general manager. “First and foremost, my goals are built on the foundation of Hyatt’s purpose of caring for people so they can be their best. This property is iconic to the downtown Austin skyline and has a history of performing very well. My goal is to ensure that the operation continues to perform at a high level while also addressing the changes in the city’s competitive environment with the addition of new hotel supply. ”

Donahoe became interested in the hospitality industry at a young age when his grandfather regaled him with stories of owning a social club in Pittsburgh, Pa. in the 1950s and 1960s. Donahoe wanted to follow in his grandfather’s footsteps by pursuing a career in hospitality and enrolled in Mercyhurst University, in Erie, Pa., where he received his Bachelor of Arts degree in hotel management in 2002.

Immediately following his college graduation, Donahoe was accepted into Hyatt’s Corporate Management Training (CMT) program where he learned about the overall operation of a hotel, from housekeeping to front desk management. After his time in the CMT program, Donahoe was hired as sales manager at Hyatt Regency Savannah.

Donahoe was quickly promoted to various positions including associate director of sales, director of sales and marketing, and vice president of sales. He has worked at the company’s headquarters office in Chicago, as well as on site at properties throughout the country including Hyatt Regency Indianapolis, Hyatt on Capital Hill in Columbus, Ohio, Hyatt Regency Orlando International Airport, and Hyatt Regency Hill Country Resort and Spa in San Antonio.

As general manager, Donahoe will be responsible for overseeing and providing direction to the hotel’s team members including its leadership committee, engaging with the property’s owners, and ensuring the optimal on-site experience for hotel guests.

Throughout his tenure working with Hyatt, Donahoe has received multiple awards and accolades including being part of the company’s “Sales Team of the Year” in 2006, 2008, 2013, and 2016. He moves to Austin with his wife Jen, his 12-year-old daughter Lucy, and his 10-year-old son Ben. 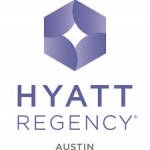 Situated on the shores of Lady Bird Lake in Austin, Texas, Hyatt Regency Austin is a modern hotel located in the middle of the vibrant downtown. The AAA Four Diamond property is ideally located in the city’s center, allowing guests the convenience to explore the best of Austin, from the famous live music scene and eclectic shops and boutiques, to popular landmarks and lake activities, and much more. The hotel offers more than 45,000 sq. feet of customizable function space, including the 14,136 sq. foot Zilker Ballroom, and a 2,700 sq. foot outdoor terrace. Hyatt Regency Austin provides a variety of delicious dining options for guests at Southwest Bistro and Marker 10. For more information on Hyatt Regency Austin, please visit www.austin.regency.hyatt.com

The Hyatt Regency brand prides itself on connecting travelers to who and what matters most to them. More than 175 conveniently located Hyatt Regency urban and resort locations in over 30 countries around the world serve as the go-to gathering space for every occasion – from efficient business meetings to memorable family vacations. The brand offers a one-stop experience that puts everything guests need right at their fingertips. Hyatt Regency hotels and resorts offer a full range of services and amenities, including the space to work, engage or relax; notable culinary experiences; technology-enabled ways to collaborate; and expert event planners who can take care of every detail. For more information, please visit hyattregency.com. Follow @HyattRegency on Facebook, Twitter and Instagram, and tag photos with #AtHyattRegency