Tourism to Hawaii’s most populous island is booming, with Asian-Pacific countries sourcing a major boost in visitation. Given a number of planned projects across Oahu, hotel developers and major brands are working to meet the demand.

Many things make Hawaii unique among American tourism destinations. The island chain’s physical separation from the U.S. mainland heightens its diverse, exotic allure—a Hawaiian vacation is different in nature (no pun intended) than a trip to any other subtropical destination in the continental U.S. Hawaii is also closer to critical Asian markets, including China, which is producing an increasing number of middle-class leisure travelers. Among the islands, Oahu, “The Gathering Place,” stands out for its relatively urban setting, marrying the best of the city and the sea and offering visitors a chance to experience a range of attractions.

The following article examines key aspects of Oahu’s draw and how they affect the dynamics of the island’s hotel industry.

Although Oahu is the most populous and developed of the Hawaiian Islands, tourism still represents the core of the island’s economy, with demand drawn from Asia, the mainland U.S., and around the world. Hawaii has realized robust increases in both domestic and international visitation since the 2008 recession. Currently, the state’s major domestic feeder markets include all the major cities in California, as well as Seattle, Portland, Phoenix, Chicago, and New York. Visitation from a number of Asia-Pacific countries, including South Korea, Taiwan, China, Australia, and New Zealand, has also risen in recent years. Since the 2008 implementation of a visa-waiver program, arrivals to Hawaii from South Korea have grown approximately 350% (from 38,110 visitors in 2008 to 171,524 in 2015). Similarly, within the first year (2012/13) of the visa-waiver program in Taiwan, arrivals to Hawaii grew roughly 210%.[1] Tourism from China has also grown at a tremendous pace, with the country anticipated to become the largest source of new international visitation in the near future. Overall, based on current tourism trends, visitor arrivals are expected to increase in the near term.

Numerous developments in the residential, retail, and hospitality sectors, as well as a light-rail transit project, are poised to transform Honolulu’s skyline and Oahu’s economy over the next decade.

Driven by low interest rates and strong demand, construction has been booming in Oahu. New residential developments across the island range from low-rise buildings in Downtown Kailua to 11,750 single-family homes in the Ho’opili District. Major retail redevelopments in Hawaii’s capital city of Honolulu are set to complement a significant portion of this new construction, concentrated in the Kaka’ako District between Waikiki and Downtown Honolulu.

In November 2014, the Howard Hughes Corporation, in partnership with the MacNaughton Group and Kobayashi Group, completed construction on the $265-million One Ala Moana. The 23-story, 206-unit luxury condominium project, built on top of the Nordstrom parking garage at Ala Moana Center, sold out in the first two days of listing. Just one year later, Ala Moana Center welcomed the addition of Hawaii’s first Bloomingdale’s store to its Ewa Wing. This $573-million redevelopment transformed the shopping center’s western side with a multi-level 650,000-square-foot expansion, including 200,000 square feet of inline retailers, 1,000 additional parking spaces, a 186,000-square-foot Nordstrom department store, and the 47,000-square-foot Foodland Farms.

Future developments at Ala Moana Center include another luxury residential project called Park Lane Ala Moana. This $1-billion project will feature seven eight-story buildings with a total of 215 units upon completion; it is expected to open in three phases beginning in the spring of 2017.

Neighboring construction projects include Kapiolani Residence, a $200-million mixed-use condominium high-rise near the Diamond Head side of Ala Moana Center. South Korean developer SamKoo Development broke ground on the 45-story, 484-unit affordable-housing project in July 2016. There are a combined 948 units in the Anaha, Waiea, and Ae’o condominium projects now under construction, and the Howard Hughes Corporation has filed plans to demolish the iconic Ward Warehouse retail complex to make way for additional residential units. The Gateway Towers, two luxury high-rise towers, feature 236 units as part of the developer’s 60-acre Ward Village master-planned community. The developer has also proposed a $20-million upgrade to the adjacent Kewalo Basin Harbor.

Less than a block away, the Waikiki Trade Center is currently undergoing renovations to convert the building from an office complex to a boutique hotel. Set to open in the winter of 2016, this 230-room hotel will become Hawaii’s first hotel under the Hyatt Centric brand. Other projects in Waikiki include the redevelopment of the historic King’s Village Shopping Center into a 32-story, 246-unit condominium hotel, as well as the construction of the east tower of The Ritz-Carlton Residences, Waikiki Beach. Both developments are anticipated to complete construction in 2018. The Honolulu Rail Transit (HART) is a 20-mile, 21-station, rapid-transit rail project that is under construction in Honolulu County; the first phase of the project, linking Kapolei and Aloha Stadium in Aiea, is scheduled to open in 2018. The second

phase was anticipated to continue the line to Ala Moana Center in Honolulu; however, the project’s budget has recently been capped at $6.8 billion. The line is now expected to stop near Middle Street instead, with development of the remaining stations on hold. Although the line is anticipated to be utilized primarily by local residents, it should ease traffic congestion and facilitate transportation along Oahu's southern coast.

Of the approximately 27,682 rooms in inventory in Oahu as of July 2016, roughly 80% belong to a brand or a major parent company, with the remaining 20% operating as independent hotels. Of the 22,985 branded rooms, Aqua-Aston Hospitality and Hilton Worldwide combined operate approximately 42%. Starwood Hotels & Resorts, Outrigger Hotels & Resorts, Marriott International, and Hyatt Hotels Corporation also have sizeable representation in the market, ranging between 7% and 17% market share.

Majority of Oahu Hotel Rooms Represented by Aqua-Aston and Hilton Source: HVS, with data from STR

A number of new hotel projects are currently in the pipeline. Two hotels in Oahu have already opened in 2016, with another two scheduled to open later this year. Hotel development has historically been concentrated in Honolulu, which houses 95% of Oahu’s total hotel inventory. However, in recent years, the west side of Oahu has realized major growth, including the 2011 opening of Aulani, a Disney Resort & Spa, as well as the recent $500-million rebranding of the JW Marriott Ihilani to the Four Seasons flag. Later this year, Kapolei will also welcome the state’s first Hampton Inn & Suites.

New supply for the island of Oahu is detailed in the charts below.

More than 3,000 New Rooms Expected to Open on the Island of Oahu

Oahu’s proposed hotel pipeline reflects a significant amount of new supply, though the sheer amount of development throughout the island in residential and retail space suggests a large amount of pent-up demand; hence, the new supply is expected to be easily absorbed.

The Oahu market is diversifying from its strong tourism base, and substantial new hotel developments in the pipeline, as well as major investments in the residential, retail, and transportation sectors, provide a solid foundation for future economic growth. In addition, visitation from countries in the Asia-Pacific region, particularly China, is anticipated to help sustain new developments over the next several years.

Hawaii remains the second-strongest hotel market in the United States, evidenced by the most recent performance data on occupancy and average rate. Given the strong demand, the opening of new hotels, and overall strengthening market conditions, Oahu hotel operators are likely to focus on raising average rates, a positive indicator of the strong outlook for the market in the near term. 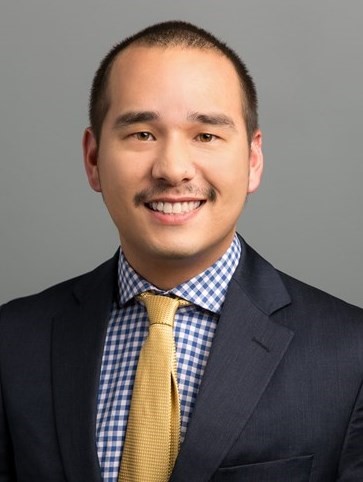 John Berean, a Project Manager with HVS San Francisco, conducts hotel appraisals and feasibility studies in markets across the western U.S. and Hawaii. John’s hands-on hospitality experience includes work as Accounts Coordinator and Revenue Analyst for the Queen Kapiolani Hotel in Honolulu, Hawaii. John earned a Masters of Economics, with a concentration in Quantitative Finance, from the Peking University HSBC Business School in Shenzhen, China. He previously majored in International Studies, with a minor in Environmental Studies, at Middlebury College in Middlebury, Vermont