RevPAR across the U.S. strengthened 1.2% through the first half of 2019, and STR is projecting the calendar year to end at roughly 2.0%. Profit margins should remain generally stable in light of an increase in operating expenses, particularly attributed to rising labor costs in connection with low unemployment levels. RevPAR growth through the near- to mid-term is expected to come in the form of ADR growth, with occupancy remaining generally stable. As illustrated, while RevPAR is down slightly across the top 25 markets, all other markets are averaging 2.3% growth, which is moderately above the current inflationary rate of roughly 1.8% and, therefore, indicative of a “real” RevPAR gain.

Despite a deceleration in demand growth, supply increases remain at around 2.0%, with Hilton and Marriott franchising roughly 58% of the overall new supply in the pipeline, with the remaining of the “Big 6” (Choice, IHG, Wyndham, and Hyatt, according to STR) at 25%. Construction costs have continued to climb over the years, with an average annual increase of 5.0% since 2015; the increase is a primary contributor to the constrained supply growth, which may not necessarily be a bad thing considering hotel metrics are stabilizing. From a sales perspective, Marriott and Hilton led the median price per key among the more popular upper-midscale brands for the first half of 2019; the select-service flags were also analyzed, but limited sales comparable data for the first six months of 2019 were available for flags such as Hyatt Place and Hotel Indigo, among others, to formulate a credible comparison to the more widely sold Courtyard by Marriott and Hilton Garden Inn hotels.

The lending appetite for hotels continues to remain strong, although transaction activity was down through the first half of 2019 because of waning RevPAR growth; the decelerating growth, in conjunction with rising labor costs, should result in hotel values remaining generally stable through 2020. For the near term, hotel owners should assume value appreciation to come in the form of asset operating efficiencies and not necessarily from market growth. 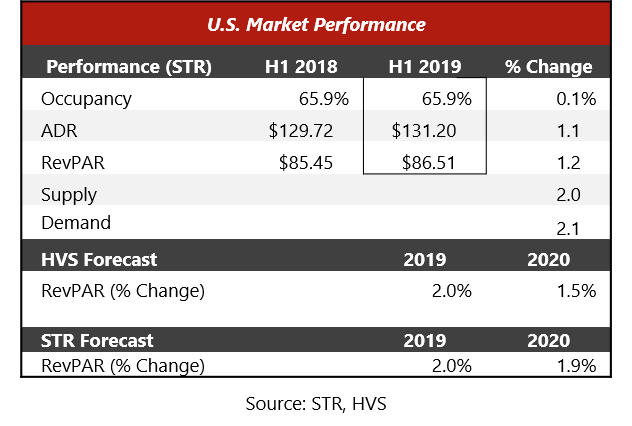 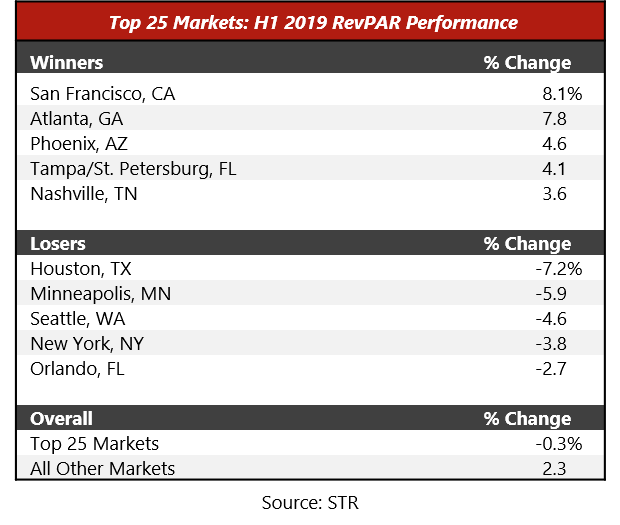 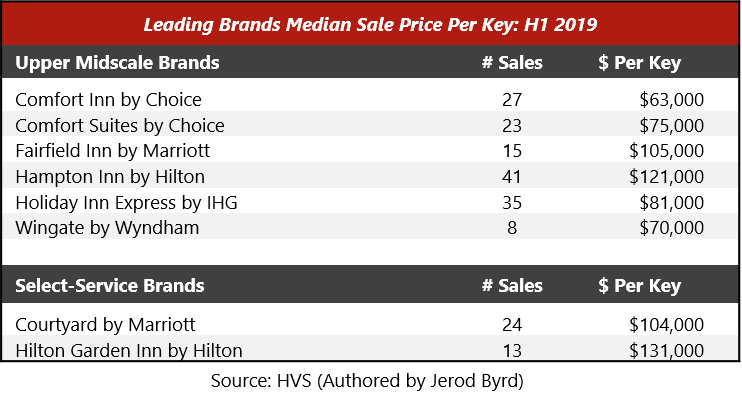 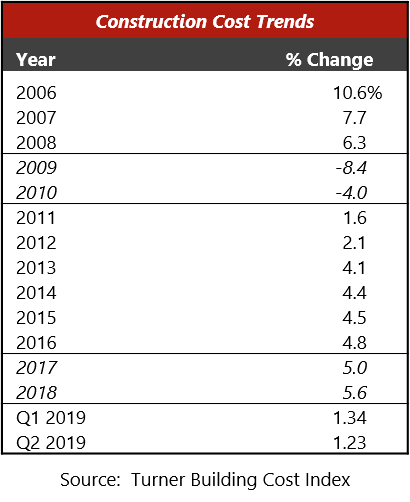 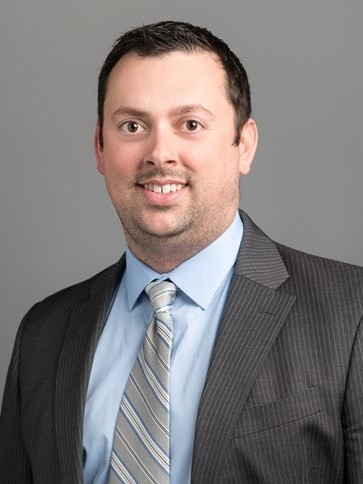 Jerod Byrd, one of HVS’ premier experts on hotel markets in the northeast, New England, and Mid-Atlantic regions, is Managing Director and Senior Partner for HVS Philadelphia. Jerod has been involved in thousands of hotel consulting and appraisal assignments at HVS, including market studies, feasibility studies, and valuations of existing and proposed hotels and portfolios throughout the Mid-Atlantic region and has been featured at various industry events. Jerod earned dual BBA degrees in Hospitality & Resort Management and Real Estate from The University of Memphis and is a state-certified appraiser and Member of the Appraisal Institute. Contact Jerod at (901) 481-3058, or [email protected].