“It’s always wonderful to be able to celebrate the innovators of our industry. Their outstanding work challenges and inspires the rest of the profession,” said Robert A. Gilbert, CHME, CHBA, president and CEO of HSMAI. He added, “Tonight was a special milestone—the Adrians have now been recognizing excellence in the hospitality industry for six decades.”

Dating back to 1956, the Adrian Awards applaud marketing achievements in hospitality across multiple segments of the industry. Award winners are selected by senior industry and media experts from more than 1,200 entries, for three main entry divisions: advertising, digital marketing and public relations. Gold Award winners across these three categories were recognized during the Adrian Awards Dinner Reception, which was co-sponsored by HSMAI and Google. Platinum winners were selected from the standout Gold Award winners.

Best of Show Awards, the highest honor of the evening, were bestowed upon a Platinum Award winner from each of the three divisions—advertising, digital marketing, and public relations—as follows:

The following are Platinum Award winners in the advertising, digital marketing, and public relations divisions:

Gold Award winners’ submissions were shown on digital displays at the Adrian Awards Dinner Reception and featured during the Gala stage presentations. “The honorees in this year’s competition displayed innovation, creativity, and demonstrated measurable results and return on investment that were noted by this year’s judges as being exceptional,” said Fran Brasseux, HSMAI Executive Vice President.

Selected by a panel of senior industry executives, The HSMAI Top 25: Extraordinary Minds in Hospitality Sales, Marketing, Revenue Optimization for 2016 were honored by HSMAI in a reception co-hosted by Questex Hospitality + Travel and also recognized on stage during the Gala.

“It is an honor to be a member of this illustrious group of industry leaders,” said Brandman, at the awards ceremony. “I would like to dedicate this award to my father and my mother, for raising me and my siblings to be global citizens, and instilling in us an unstoppable desire to experience the world and share whatever wisdom we pick up along the way.”

“It is truly an honor to accept this award,” said Koehl Award recipient Randy Smith. “I have been incredibly fortunate throughout my career in the hospitality industry in working with smart and talented people.”

The winner of the seventh annual Leader in Sustainable Tourism Award, presented by HSMAI and National Geographic Traveler, was Amelia Island Convention & Visitors Bureau for “Clean Beaches and Sea Turtles.”

The Pioneer in Visual Storytelling Award, presented by HSMAI and Libris by PhotoShelter, went to Newfoundland and Labrador Tourism and their agency, Target.

The event photos capture the joy and appreciation felt by award winners for being recognized and honored at Adrian Awards Dinner Reception and Gala. Please credit Libris for HSMAI when using event photos.

For more information about the Adrian Awards visit www.adrianawards.com. To interview an HSMAI spokesperson about the event and the winners, please contact Andrea Bomar at [email protected]. 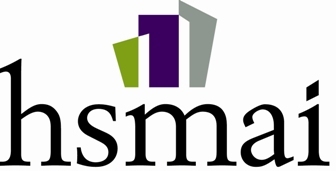 The Hospitality Sales and Marketing Association International (HSMAI) is committed to growing business for hotels and their partners, and is the industry’s leading advocate for intelligent, sustainable hotel revenue growth. The association provides hotel professionals & their partners with tools, insights, and expertise to fuel sales, inspire marketing, and optimize revenue through programs such as HSMAI ROCET, Adrian Awards, and Revenue Optimization Conference. HSMAI is an individual membership organization comprising more than 7,000 members worldwide, with 40 chapters in the Americas Region. Connect with HSMAI at www.hsmai.org, www.facebook.com/hsmai, www.twitter.com/hsmai and www.youtube.com/hsmai1.