How Hospitality Companies Lose Good, Promising Talent – And For All the Wrong Reasons

Home/How Hospitality Companies Lose Good, Promising Talent – And For All the Wrong Reasons

How Hospitality Companies Lose Good, Promising Talent – And For All the Wrong Reasons

When you don’t read the signs, you lose good people

I often wonder how some so-called business leaders get to be where they are, how they get their leadership roles. Not all, certainly, but some. They miss so much. They don’t read the right tea leaves. They don’t ask enough questions. And in some cases, they don’t recognize the potential in their own up-and-coming leaders, either.

The woeful tale described here comes from the hotel industry, but it could apply to any number of businesses. Sadly, this is by no means an isolated case.

A bright young hotel professional, just seven months out of The School of Hospitality Business at my alma mater (Michigan State University) and one of the young people I’ve helped mentor over the years, called me with this tale of her first post-graduate real-world job in a small, independently-owned New York hotel.

A brief back-story is appropriate here. As she explained to me, the manager who hired her out of MSU after graduation, as a coordinator in the food and beverage department, had been fired three months ago. Over the past 30 days, she reported that 10 managers had left the hotel. Wow.

Now, I’ve been through some pretty rough turnover periods working with various hotels, but this seemed like a very extreme case of management hemorrhaging to me. I wondered, what’s behind the curtain here?

Due to the attrition all around her, this young lady was given the elevated responsibilities of “food and beverage floor manager” including the job her boss held before being shown the door. She’s a smart person, and she welcomed this opportunity to shine and show her budding management mettle.

For four months she was a gamer. She worked to keep up the frantic pace without the guidance of a real boss, making some rookie mistakes (only seven months out of college, remember!), and trying to uphold the service standards while keeping the staff together and focused to meet the pace of business. She was consumed by her increased workload. Being so new to the business, she was unsure of exactly how to handle the evolving situation. Frustration and burn-out set in for her.

She is a smart enough person to have taken the bold step to ask for help. She asked her upper management for some support, recognition, training, a more appropriate title to reflect her larger role — and after four months a fair adjustment to her salary to reflect her expanded responsibilities in the hotel. None was given. The management was fond of telling her “Aw, you do it all.” What exactly does that mean, anyway?

Hotel management either missed this young lady's cry for help or chose not to heed it. A promising young career was being left to twist in the wind, even as other managers were falling by the wayside. What was this hotel's leadership technique, the last person standing wins? Did anybody in upper management see the writing on the wall?

“They gave me the (former boss’s) responsibility,” she said, “but no support, no recognition, no new title, no real training at that level, and no additional money. I asked for a fair raise, and was turned down. I don’t mind working hard, but I’m no pushover.”

Then the general manager was gone, too, and a new sheriff came to town.

Needless to say, when another hotel came courting, she was open to listening to what they had to say. It was a better opportunity all around. A much better working environment, too. After giving it a lot of thought, she decided to give her notice.

She went into the office of the new general manager (of four days) to resign. He was incredulous. He pulled out all of the classically bad last-ditch “Hail Mary” efforts – “Is it the money? What’s it going to take? What do you need? Give me a number and I’ll send corporate an email right now.” He even opened his laptop right there and was ready to hit the keyboard. It must have been sad to watch, throwing money at bigger issues — too little, too late.

She wondered; Where was all this new-found money suddenly coming from? Where was it before this? Is there a shred of integrity to be had here?

This young lady’s response was impressive, as she told the GM, "If the hotel would have come to me with these thoughts and offers a month ago, we might not even be having this conversation. But now it's too late. I asked this hotel for support, recognition, and to be fairly compensated given my expanded role. I thought that was fair in light of my new duties since they fired my boss and gave me his responsibilities four months ago.”

Maybe the management counted on her just being happy with the glory of the expanded role (especially as a rookie), and thought that would be enough. I’ve seen it happen before. That and a pat on the head with a cheery “Go get’em, kid.”

The mystery of why the glut of managers recently quit was becoming quite clear.

To compound the mistakes by the hotel in this episode, she was never even given an exit interview. No one picked this bright young lady’s brain to get some valuable input from street-level as to the staff, their morale, customer feedback, and other key “inside stuff” about how the wheels of the hotel really turned. My guess is that the approach was "don't ask and you won't have to hear the answers."

This new GM also missed a huge opportunity to find out what kind of team he was inheriting, what the temperature of the water was, so to speak, around his hotel. I would think this question should be second-nature if you’ve only been on the job for four days and have even a tiny leadership brain between your ears – “Why do you think we’ve lost ten managers in the last 30 days?”

He never asked her that question.

To add salt to the wound, before this young lady left the hotel, the revenue manager — the numbers guy — chimed in with his take to justify why the hotel did not pay for the expanded roles she had assumed. “Well,” he smirked, “you have to prove yourself.”

Now that is a short-sighted, smarmy way to look at things.

Sure, people have to prove themselves. Every day. I get it. But that doesn’t mean having to be taken advantage of as a patsy, either. It's likely that it was this kind of attitude by upper management/ownership that caused the revolving exit doors to spun wildly as good people jogged out of the building for better opportunities.

You can’t get something for nothing

I’ve read the surveys over the years that say money isn’t everything to workers. But respect surely is. You don’t have to over-pay, just pay fairly. Especially when you elevate someone’s job scope, responsibilities, and expectations for their performance — when you heap more on their plate. You can’t get something for nothing.

It’s a bad end-game you’ll be flirting with. Finding replacement “superstars” when your best and brightest people leave is not easy, either – ask any hiring manager. And it sure isn’t cheap. It gets very expensive bringing new hires up to speed.

Here’s the shame in this case: The hotel recruited a smart, talented graduate out of a terrific hotel program, threw her to the wolves, promoted her duties but not her title or pay, turned a deaf ear and avoided all of the classic warning signs, then suddenly did an about-face by throwing last-minute dollars at her as she was leaving for somewhere else. Ouch.

What a waste for the hotel, too. A waste of their investment in whatever training she actually received, and a waste in lost time since they have to find a replacement. And I’m not even counting the interruption in department operations, continuity, service, and staff chaos that can happen when a manager leaves.

What did this young professional get? She didn't go away entirely empty. She got a heck of a baptism by fire, a great opportunity to jump feet-first into her dream industry, and a lot of great experiences that she can use as she moves her career forward. So for her, it wasn't a waste, because she turned it into something better.

Something tells me she won't make the same mistakes that were made upon her.

When asked to sum up her former hotel, this sharp young hotel professional didn’t flinch, “They don't know how to retain talent!”

What about your organization?

Last-ditch efforts can make you look bad. Do it right from the get-go

Here is a quick-hitting game plan for making sure leadership gaffes like those illuminated in this story don’t happen in your organization:

This hotel found out the hard way that despite their “Hail Mary” play they lost an up-and-coming, valuable team player. They lost a future leader, a budding talent. They played their tight-fisted hand too long. They ignored the tea leaves.

Be an EXCEPTIONAL LEADER. Recognize your future leaders, and cultivate them properly and respectfully so that they stay and help make the organization stronger. That way, everybody wins. 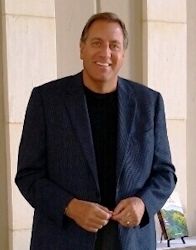 Various clients have nicknamed Gary their "strength & conditioning coach" based on the measurable results created through his fully customized programs and presentations. He partners with clients from a wide range of industries such as hotels, resorts, clubs, CVBs/DMOs, convention facilities, national & regional associations, small businesses, high tech firms & Fortune 500 companies.

Gary founded Training for Winners in 1995 after 18 years in the hospitality business in sales and operations management. He is a graduate of The School of Hospitality Business at Michigan State University and also currently serves as a member of its Alumni Board of Directors.