Hotel Okura Vladivostok to Open in the Second Half of 2021

Hotel Okura Vladivostok to Open in the Second Half of 2021 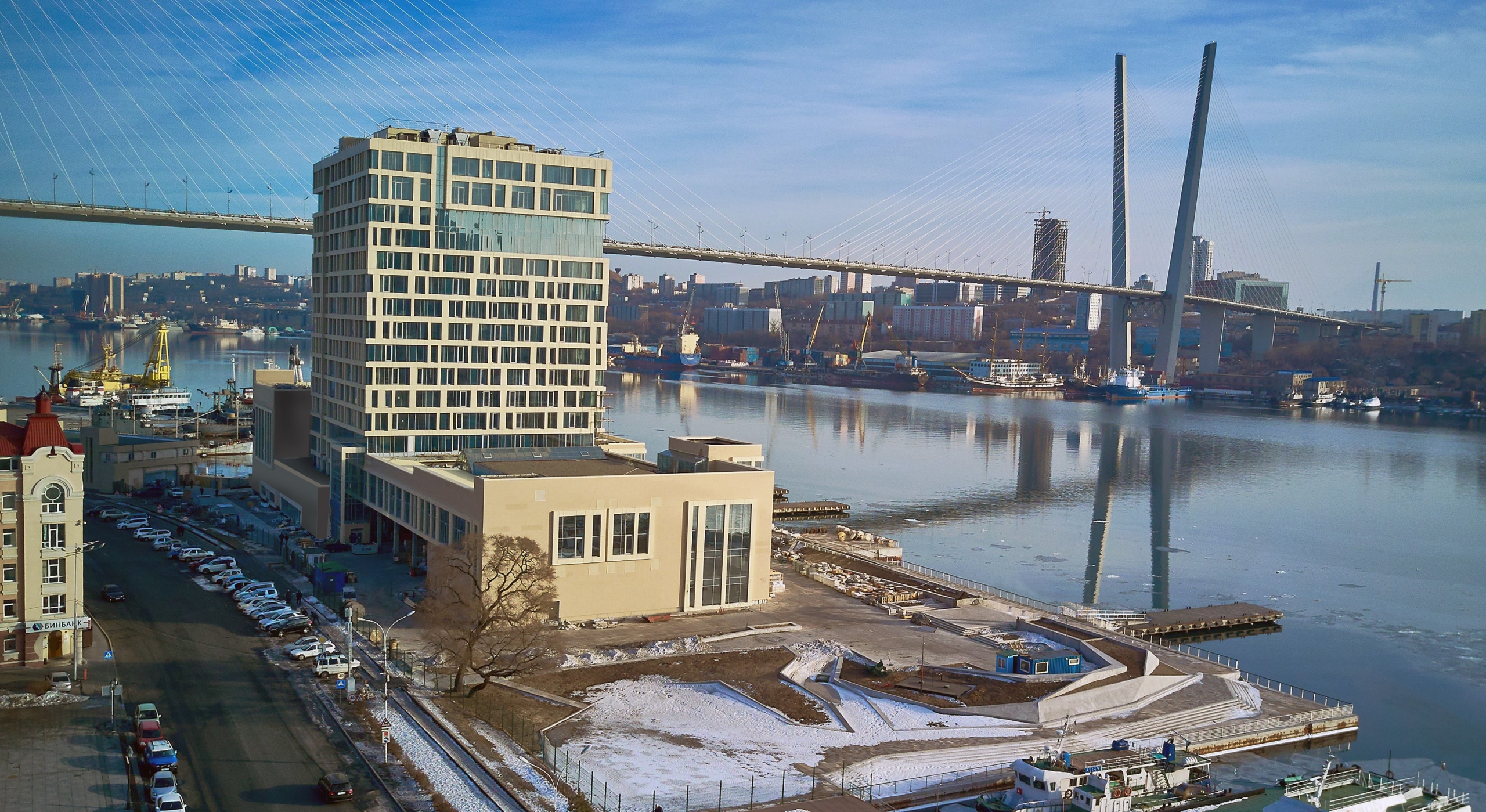 Hotel Okura Vladivostok will be located near the Golden Bridge, a popular tourist attraction from which visitors can enjoy beautiful views of the Zolotoy Rog, a sheltered horn-shaped bay on the Sea of Japan, and the surrounding scenery. It will offer 221 guest rooms each about 40 square meters in size, including 31 suite rooms. There will be a restaurant serving Japanese cuisine featuring a sushi counter and private dining rooms, as well as a teppanyaki restaurant and an all-day dining restaurant. The hotel will additionally offer a large banquet hall, an executive lounge and spa facilities.

Vladivostok, an important commercial port on the Pacific Ocean, is just a 2.5 hour flight from Tokyo. With its exotic landscape, the city is famous for being Russia’s gateway to Eurasia yet relatively close to Japan. Surrounded by the sea on three sides, it is a hub for railway, ocean and aviation traffic as well as the eastern starting point of the world-famous Trans-Siberian Railway.

Toshihiro Ogita, President, Okura Nikko Hotel Management Co., Ltd., commented, “Russia is a promising market and Vladivostok is a symbol of the economic cooperation between Japan and Russia. We are very pleased that Hotel Okura was selected to operate a hotel in the city, and it is a great honor for us to help provide a bridge between our two countries. We will offer the Okura’s signature hospitality, which is sure to satisfy the hotel’s guests and make it a favorite of local people as well as Russian and overseas visitors to the city.”

Since August 2017, Japanese citizens have been able to visit the Russian coastal region that includes Vladivostok with just an electronic visa. As a result, the number of visitors from Japan rose to more than 20,000 in 2018, and in 2019, visitor numbers were on the rise with 1.7 times or 35,000 more visitors than in 2018. Vladivostok is an important city in the development of the Russian Far East, which President Putin has made a key element of the country’s overall development. Following former Japanese Prime Minister Abe’s sharing of his proposed plan for economic cooperation between Russia and Japan with Russia’s President Putin in 2016, various business initiatives are underway in both countries.

JSC «MGK «Zolotoi Rog», a part of En+ Group was established in Vladivostok in June 2019. JSC «MGK «Zolotoi Rog» is an unique urban developer focusing Vladivostok, Russia’s largest seaport in Pacific Ocean, to build and manage attractive commercial complexes, wide selection of hotels and service apartments, and offices, etc. by using state of the art technology, which also include a multifunctional commercial complex under construction on panoramic Cape Burny, Vladivostok.

En+ Group listed on the London Stock Exchange, is an Anglo-Russian energy and metals company which is one of the largest aluminium producers in the world and the largest independent hydro power generating company globally.

Hotel Okura Co., Ltd., founded in 1958, opened its flagship Hotel Okura Tokyo in 1962 as a first-class hotel that quickly became renowned worldwide for its blending of traditional Japanese beauty with the very best in accommodation, cuisine and service. It closed its doors in August 2015, and after four years of rebuilding work, it reopened recently as The Okura Tokyo.

Hotel Okura has extensive expertise in the hospitality world, including asset ownership and hotel development, as well as hotel management, the restaurant business and chain operations through its subsidiaries and other group companies. The brand unites member hotels under its “Best Accommodation, Cuisine and Service” philosophy to ensure that all guests enjoy Okura’s signature hospitality, which combines Japanese attention to detail and Western functionality.
Please visit www.okura.com.