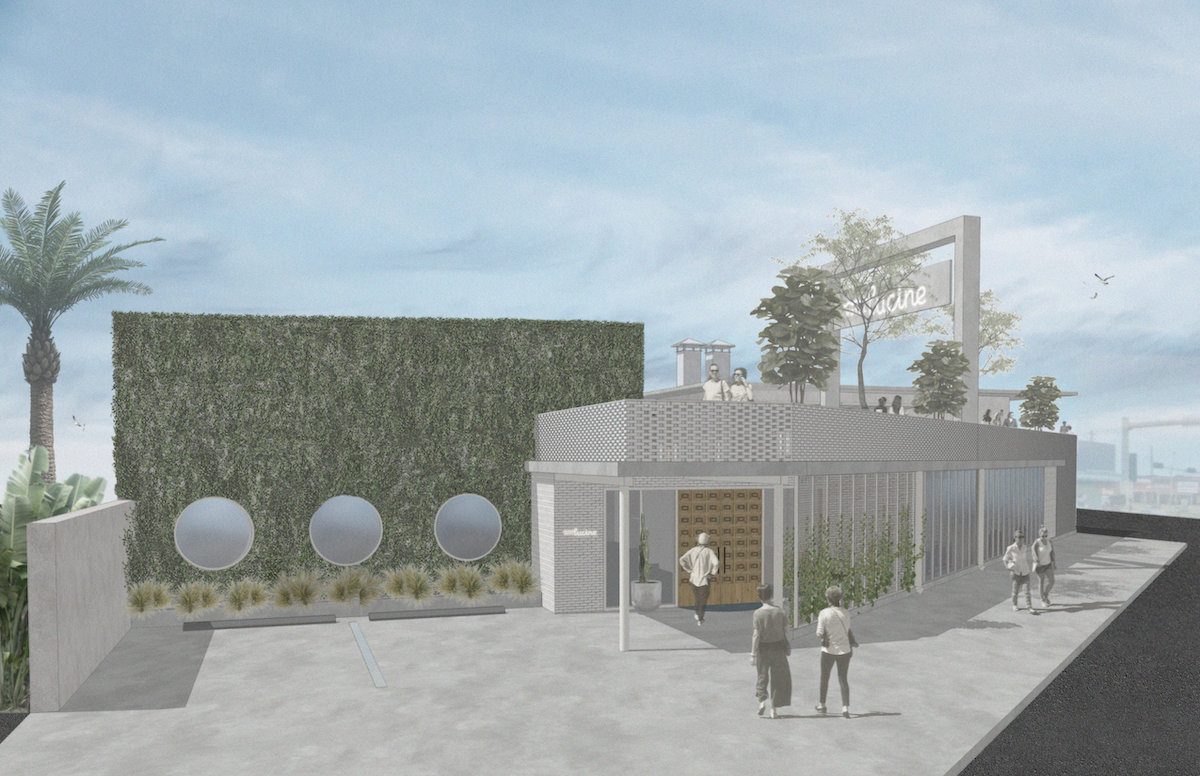 Galveston, Texas – November 18, 2021 – A group of hospitality and culinary industry veterans with strong ties to Galveston and the region is announcing Hotel Lucine, Galveston’s newest boutique hotel. Located on 10th Street & Seawall Boulevard in a structure that was originally the Treasure Isle Motel, and most recently the Pearl Inn, Hotel Lucine will be fully revitalized and transformed. Slated to open in summer 2022, the hotel will include multiple restaurant and bar experiences anchored by some of the most awarded and respected food and beverage professionals in Texas and beyond.

The new 61-room boutique hotel, a refreshed, redesigned property, will offer a cozy oasis for guests with a principal facade that opens toward the Gulf of Mexico. At the heart of the property, the pool and patio will provide relaxation and community that carries over into the sophisticated yet inviting Den area. The Den will be there for guests throughout their stay – for coffee in the morning, an afternoon meal or a cocktail at night. Hotel Lucine patrons can also take in 180-degree ocean views from the rooftop bar. The hotel’s on-site restaurant is led by some of Texas’ top culinary talents and will be a destination unto itself.

“Our vision for Hotel Lucine is an alluring destination for visitors and locals alike, a place that feels refined and modern but still approachable and full of heart and soul like a good house party,” said Dave Jacoby. “We hope to make it a refuge for culture, fun and culinary and cocktail delights that you never want to leave,” added Robert Marcus.

Although Hotel Lucine plans to renovate and breathe new life into every square inch of the property, many original aspects of the low-slung, two-story structure’s mid-century spirit will be incorporated into the new vision. The classic U-shaped courtyard will underscore the hotel’s intimate layout and create a lively, people-centric atmosphere that promotes gathering and shared experiences. Originally built in 1963 as the Treasure Isle Motel, Hotel Lucine is the oldest remaining of a generation of mid-century beachfront motels in Galveston, a coastal resort city and thriving port town known for its prized architecture and reputation for not always sticking to the rules – during Prohibition some knew it as the “Free State of Galveston.”

“No other town on the Texas coast has the assets, charm, history or weirdness to pull this off,” said Keath Jacoby. “Galveston has a unique vibe that you can’t build new or recreate in another coastal town. She’s a complicated woman and this property will fully embrace that.”

Leading the restaurant and bar programming as food & beverage operating partners will be Houston’s Justin Yu and Bobby Heugel. Yu is the James Beard Award-winning chef/owner of Houston’s Theodore Rex, Better Luck Tomorrow and Squable. The latter two of which he collaborated on with co-owner Heugel, who is hailed as one of the country’s most celebrated young restaurateurs and is credited with changing cocktail culture in Houston with his classic cocktail bar Anvil Bar & Refuge. Heugel also owns Tongue-Cut Sparrow. This will be the first restaurant and bar concept within a hotel for Yu and Heugel.

Designed by David Clark’s Kartwheel Studio, a multi-disciplinary design studio based in Austin, Texas, Hotel Lucine will utilize materials like white brick, bleached white oak and native greenery to add a clean and fresh feeling to the place, accompanied by design elements such as aged bronze, antique mirrors and reeded glass. Branding and identity was provided by Preacher, a full-service creative company based in Austin, who helped bring the spirit of Hotel Lucine to life by defining the unique voice, designing logo marks and curating guest touchpoints and on-site experiences.

Hotel Lucine will be a fully revitalized 61-room boutique hotel located in the structure originally built as Treasure Isle Motel in the 1960s. The hotel will feature a pool and patio, a rooftop bar, and a restaurant anchored by some of the top culinary and cocktail talent in the country. Hotel Lucine is slated to open in summer 2022 at 1002 Seawall Blvd in Galveston, Texas.