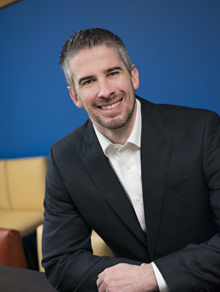 His responsibilities include leading the revenue generation division for the organization which sets top line strategy and manages the total inventory for the firm’s portfolio of hotels. Mr. Salapka’s team analyzes the demand for all markets, evaluates market strengths and weaknesses and reports key statistics that impact the hospitality industry and individual hotels. The team also manages sales processes and directs the ongoing training of all key sales and revenue staff members.

“Drew has demonstrated leadership through his analytical abilities, business acumen and extensive sales experience, as well as his skill in building and mentoring successful teams who have driven the top-line growth for our firm. Under his guidance, the revenue generation team consistently achieves best-in-class results and allows Hotel Equities to provide the highest return for our stakeholders,” said Brad Rahinsky, President and Chief Executive Officer of Hotel Equities. “We are fortunate to have Drew leading this effort for our organization. With his unique skill set and having held senior leadership positions in operations, sales and marketing and revenue generation, Drew sets himself apart from his peers in this space.”

Since 2014, Mr. Salapka has served as the Vice President of Sales and Revenue Generation. Working with the firm’s regional directors of both sales and revenue management, Mr. Salapka has developed strong teams to drive continued success.

Beginning his hospitality career at the age of 15, Mr. Salapka worked in the laundry room at the Residence Inn by Marriott in Alpharetta, Georgia while he was still in high school. Before his senior year in college, Mr. Salapka joined Hotel Equities in 1999 as a summer intern at the Fairfield Inn & Suites by Marriott Atlanta/Perimeter Center. After graduation, he moved quickly to the position of Bench Manager, covering various positions at several of the company’s hotels. He served as Operations Manager at the Fairfield Inn Atlanta/Midtown before his promotion in 2000 to General Manager at the Fairfield Inn & Suites in Macon, Georgia where he served until 2004.

At that time, the company promoted Mr. Salapka to manage the TownePlace Suites Kennesaw where he also served as the TownePlace Suites Brand Manager for Hotel Equities. Marriott later named him General Manager of the Year for the brand. In 2006, Mr. Salapka added the challenge and responsibilities of the firm’s first Revenue Manager. Because of Mr. Salapka’s success, the company promoted him to full-time Director of Revenue Generation in 2008. He soon added sales to his responsibilities and continued to grow the position as the firm added properties to its portfolio.