FORT WORTH, TX – January 11, 2022 – Hotel Drover, an award-winning, 200-room Autograph Collection Hotel by Marriott, is pleased to announce the appointment of Devin Walline as Executive Chef and Jamel Taggart as Director of Hotel Food and Beverage Operations. Expert veterans in their fields, the two gentlemen bring a diverse, illustrious and seasoned prowess in the world of luxury to the rustic-luxe hotel, which opened in March of last year. 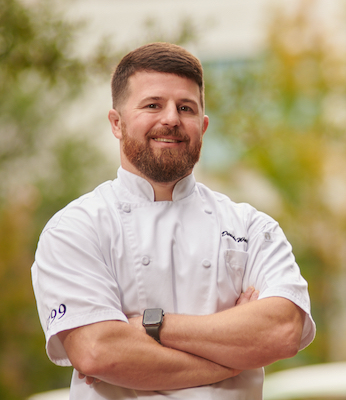 A Southern man through and through, Executive Chef Devin Walline, brings years of experience to the Fort Worth stunner, having held key leadership roles for several renowned players in the luxury dining sphere. His journey began as an executive sous chef at Lasco Enterprises where he sharpened his knife in elevated comfort food with a fine dining twist. He later held multi-faceted positions at The 404 Kitchen in Nashville, Tenn. before transitioning to executive chef at Slatewood Club. During his nearly four-year tenure at the renowned operations group, QED Hospitality, he rose through the ranks and reigned as the executive sous chef where he oversaw food and beverage operations in boutique hotels throughout the state. Most recently, Chef Walline served as executive chef for The Harpeth Hotel, a Curio Collection by Hilton in Franklin, Tenn. prior to heading south to Fort Worth, Texas. In his new role, he will oversee all culinary operations for Hotel Drover, located in the heart of the Fort Worth Stockyards, including the resort’s on-site restaurant, 97 West Kitchen & Bar, The Lobby Bar, The Backyard at Hotel Drover, The Courtyard at 97 West, as well as special events and meetings throughout the historic district. 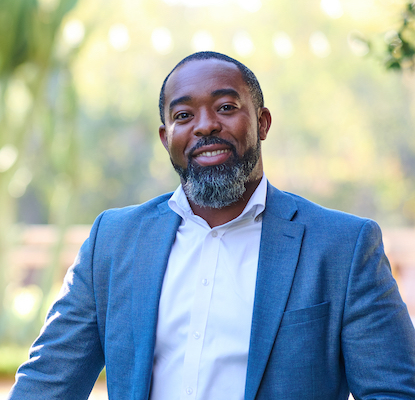 With over 15 years of experience in the industry, Director of Hotel Food and Beverage Operations Jamel Taggart manages Hotel Drover’s creative food and beverage development and operations. Finding a new home within a high-volume, fast-paced environment, Taggart brings a wealth of knowledge to the role and is perfectly equipped to keep the culinary excellence high at Hotel Drover. Having forged an outstanding path, his journey began as restaurant manager at the ARIA Resort & Casino in Las Vegas. He later traveled around the country and up the ladder by holding several multi-faceted positions at an array of Four Diamond and Five Diamond resorts, including the Fairmont Scottsdale Princess in Scottsdale, Ariz., Omni Severin Hotel in Indianapolis, Ind., the MGM Beau Rivage Resort & Casino in Mississippi, and the Choctaw Casino & Resort in Oklahoma among others. Most recently, he served as the executive director of food & beverage at Omni Oklahoma City Hotel where he quickly became a humble and trusted leader.

As true renaissance men, Walline and Taggart utilize their profound expertise and unwavering vision to do just as the drovers once did — put Fort Worth’s culinary scene on the map.

Nestled in the heart of the Fort Worth Stockyards' National Historic District and the anchor of the award-winning Mule Alley, Hotel Drover celebrates the rich history and lore with its inviting design and core values, embodying the same pioneering spirit and key principles of honor and dignity exemplified by the drovers and great cattlemen and women of their time. A place where one-of-a-kind experiences blend effortlessly to become special memories, Hotel Drover brings 200 luxurious guest rooms and spa suites representing a collection of distinct room designs each with its own decor, Texas-style, and spirit. Fronting Marine Creek, the resort enjoys more than 40,000 square feet of versatile indoor and outdoor meeting and event space,  including The Barn with 30’ vaulted ceilings, custom Italian crystal chandeliers and exposed 150-year-old reclaimed timber, and Legacy Hall, an elegant and tastefully detailed event space with an adjacent large covered outdoor veranda overlooking Marine Creek and Mule Alley. The signature eatery, 97 West Kitchen & Bar at Fort Worth Stockyards, features a menu of contemporary Texas fare, elevated ranch classics, and reimagined Southern comfort foods. Additionally, the property boasts two “one-of-a-kind” boutiques — Lucchese Custom Collection, the gold standard in handcrafted boots since 1883 with bespoke men and women’s boots, clothing, and other fine accessories, and Wide Brim, Flea Styles latest concept that adds an effortless coastal charm to the classic southern style Fort Worth is known for.

Autograph Collection Hotels advocates for the original, championing the individuality of each of its 200+ independent hotels located in the most desirable destinations across more than 30 countries and territories. Each hotel is a product of passion and a personal realization of its individual founder’s vision, making each hotel singular and special:  Exactly Like Nothing Else. Hand-selected for their inherent craft and distinct perspectives on design and hospitality, Autograph Collection hotels offer rich immersive moments that leave a lasting imprint. For more information, please visit  www.autographhotels.com.