Formula 1 has an ever-growing fan base, including many hoteliers who are currently witnessing a surge in occupancy on the books because of an upcoming Grand Prix in their city. Utilizing STR’s Forward STAR, we review five markets set to host a race over the course of this year, including Miami, one of our newest Forward STAR markets in North America. Through STR’s historical database, we also look at the actualized impact from a recent F1 event in Australia.

While not at the level of Europe or the Middle East, Formula 1 is growing in popularity throughout North America. One way of observing this growth is through the rising level of hotel demand visible in hotel bookings for upcoming races. During the Canadian Grand Prix, which is set for 19 June in Montreal, occupancy on the books is already peaking at 83%. 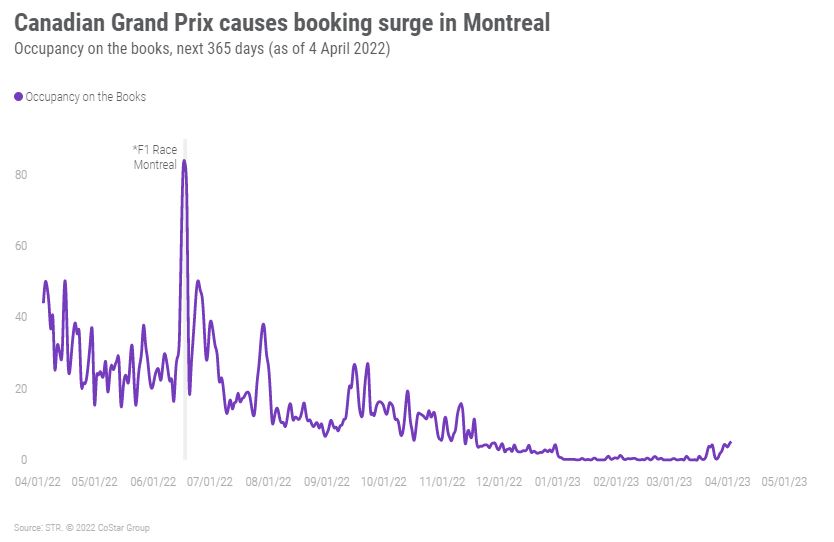 Miami, a market best known for its strong leisure demand, shows generally positive occupancy on the books for the next 90 days regardless of events. Much of this demand can be attributed to the market’s popular spring and summer appeal, however, it can be safely assumed that some of these room nights are a result of the Miami Grand Prix, an event likely to bring in more than 275,000 spectators in early-May. Demand levels aren’t yet showing the same surge as Montreal, indicating that the booking window for this event is likely to be shorter or a great many of the anticipated attendees are local to the area. 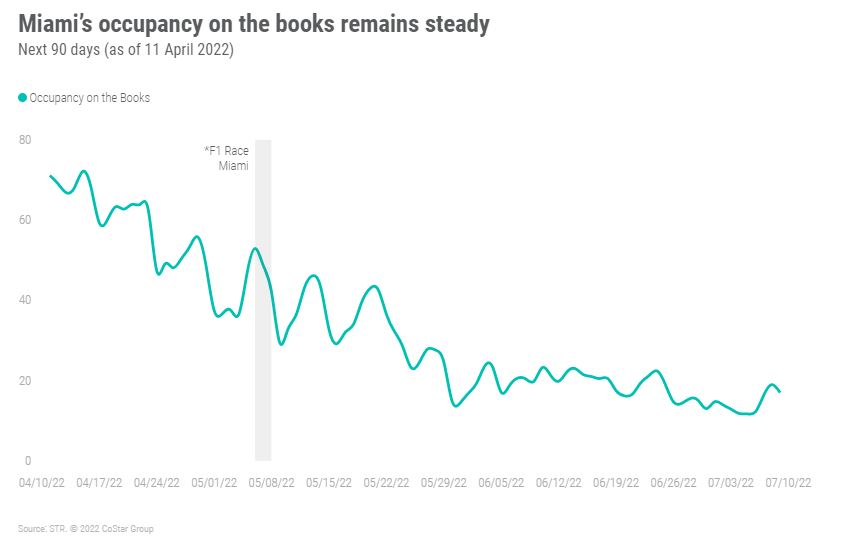 Europe and the Middle East

With Formula 1 more popular in the EMEA region, the excitement surrounding the upcoming race in Barcelona can be observed through a same-time-last-year comparison in pickup, the uptake in bookings from one reporting period to the next. While 2021 showed a great deal of negative pickup in Barcelona due to the pandemic, the next 90 days of 2022 are showing quite positive including a spike of 10% for 20 May. 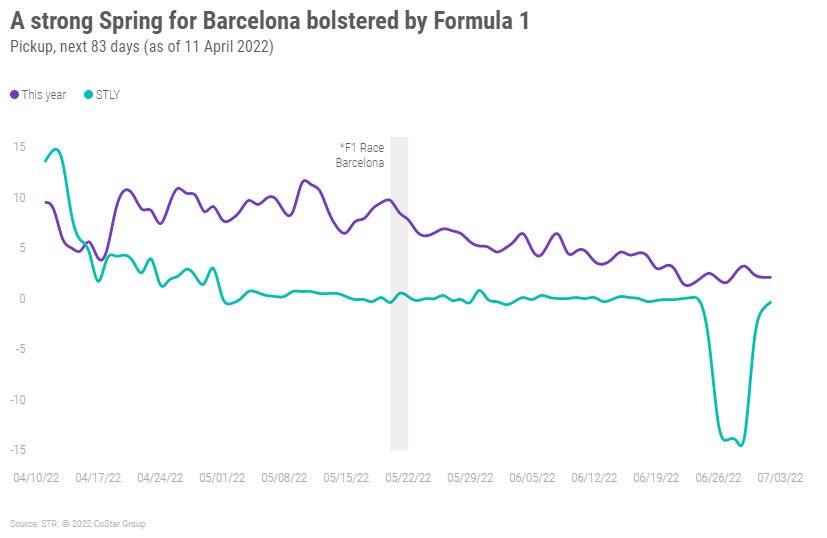 Looking further into the year, a similar level of interest looks to be building around the Abu Dhabi Grand Prix. While levels are lower than the other markets in this analysis, occupancy on the books already being at 18% is a promising sign given the time until the race and Abu Dhabi’s reputation as a short-lead market. 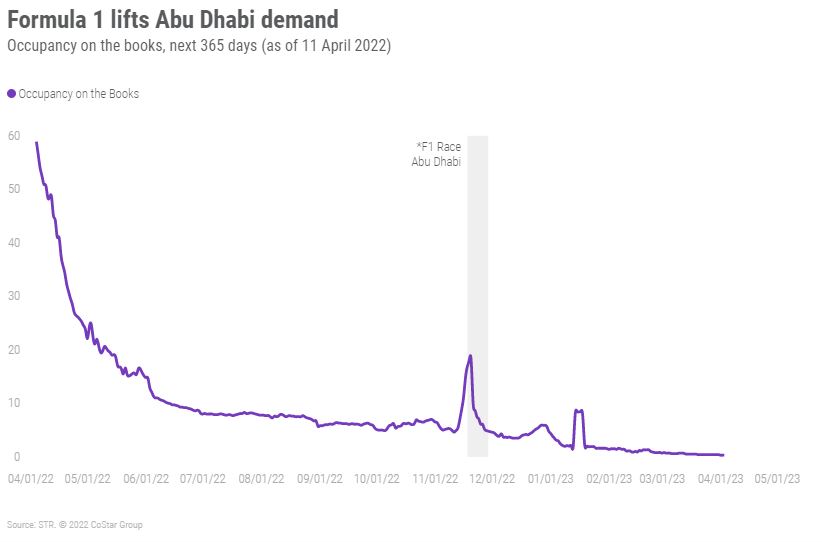 Switching over to STR’s historical data, we see the type of performance impact that actualizes during Grand Prix events. The costal hub of Melbourne recently welcomed racing fans for the much-anticipated Australian Grand Prix that had occupancy on the books peaking at 94% just days before the race. Levels actualized at a high of 96%, which was market’s highest daily occupancy since November 2019 and the highest such level for any Australian capital since New Year’s Eve 2019.

To close, we shift back to forward-looking data to see how demand is building when Formula 1 visits Singapore in September 2022. Currently, the arrival of this event has occupancy on the books at a high of 13%, the highest level for the remainder of the year after mid-June. Assuming pandemic conditions remain favorable, levels will rise as the event draws nearer. 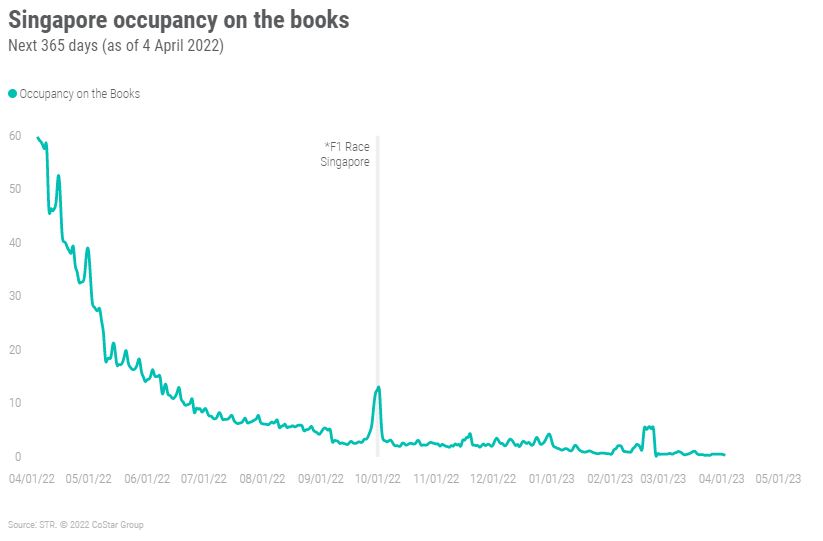 An element of STR Benchmarking, Forward STAR completes the picture and adds to a hotelier’s historical view the future trends in demand and shifts in bookings affecting their market. Learn more about Forward STAR here.