Hospitality & Technology – Innovation is Being Stifled by Lack of Leadership

Home/Hospitality & Technology – Innovation is Being Stifled by Lack of Leadership

Hospitality & Technology – Innovation is Being Stifled by Lack of Leadership 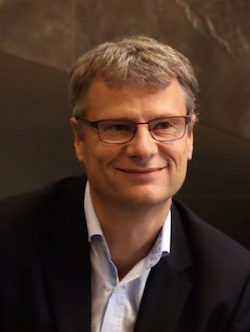 Whenever a company is merging with or being taken over by one of its competitors — something increasingly commonplace in 2017 and 2018 (thanks largely to Accor’s busy buying spree) — AETHOS is keen to point the sector’s attention to the importance of senior leadership “stepping up its game” to proactively manage transition periods. The same, of course, is true for times of major industry shifts which alter the conditions and the environment businesses operate in. Sadly, it seems, ignorance is wide-spread when it comes to all that is happening in the tech space with few leaders taking decisive steps forward to acknowledge and address the need to rectify the situation.

Technology-enabled interaction has become a “must,” not a “nice to have,” and guests expect to be engaged and recognized at an ever more personalized level—it is no longer just a marketing gimmick. However, sitting down for a conversation with Klaus Kohlmayr, chief evangelist at IDeaS Revenue Solutions, he confirmed that the sector is playing catch-up. We agreed, gutsy leadership is needed to bring the technology departments at hotel organizations worldwide into the 21st century. More importantly, we agreed that the root of the problem lies in out-of-date software, systems and infrastructure. Too many hotel operators are running on archaic platforms and trying to compete with a horse-drawn carriage in a Formula 1 race.

Dealing with Legacy Systems: Leadership Is Asked to Take Responsibility

“Technology innovation has never really been the strength, or focus, of the hotel industry,” said Kohlmayr. Most of us have probably never thought about it, but the fact of the matter is the majority of branded properties run on reservation systems with core architecture that is over half a century old. Kohlmayr challenges the industry for only paying lip service to technological innovation and said, “Artificial Intelligence, natural-language processing and blockchain make for good marketing copy, but ultimately, most hotels cannot even properly identify and service their most loyal guests walking into their property.” In fact, a recent study by industry startup hospitalityPulse found that only five percent of guests actually end up in the room type they booked.

Old and out-of-date technology platforms hinder and slow down the progress of an organization and can reduce its competitiveness. “Widespread adoption of true cloud-based platforms is, for example, far from being best practice,” said Kohlmayr. It seems almost inevitable that hotel companies reach sooner rather than later a point of no return where “legacy systems” are crippling organizations with only one way out—to cut one’s losses and rebuild from scratch. To get ahead of the game, it is about time that senior company leadership makes some tough decisions.

Like in many situations, though, it is easy to get bogged down by the day-to-day needs of an operating business. We therefore brainstormed what advice we could give executives who want to drive change and innovation — this boils down to:

Kohlmayr and I concurred that tactical managers focused on short-term fixes are far too often in the driver’s seat, frequently forgetting about, or completely ignoring, the changing needs of tomorrow’s consumers. “Yes, some very old systems and platforms still work to this day and they are good at handling large volumes of transactions,” said Kohlmayr. “But they are inflexible, extremely hard to integrate and there are not many people around anymore who know how to maintain them.”

It is easy for senior leadership to pass the buck for driving technological change to their managers. Yet, by doing so, many are unwillingly stifling innovation. But progress is difficult to stop, and rising customer expectations, fostered by the mobile revolution, together with online travel agencies spending billions on engaging and connecting with consumers, are sure enough exerting extra pressure on the industry to innovate. Those organizations and leaders willing take the plunge, deciding to strip out their old systems to put in something new, will quickly come to recognize that “it does the job” is not the same as “it is fit for purpose”—the former is a statement of a complacent leader, the latter that of a forward-thinking senior executive who understands that technology should be tailored to an organization’s strategies and goals.

On that closing remark, it may be worthwhile to draw the attention to what innovative hotel company Yotel has recently announced. Appreciating that, to stay ahead of the game, external help might sometimes be needed, its CEO Hubert Viriot was quoted commenting on the brand’s collaboration with a technology start-up incubator, “[…] our business is to manage hotels, not to spend the entire time figuring out new technology. We put innovation at the core, but to be effective, we wanted a partnership with someone that does this as a business” (see full article here). Since new ideas constantly pop-up, across all divisions of a hotel company, Viriot highlighted the benefit of having an external expert telling you what you might not know. Ultimately, though, and in line with what AETHOS discussed with Kohlmayr, he agreed that success depends upon the senior management team’s involvement – and for the C-suite to acknowledge this responsibly.

Thomas Mielke is a founding member of AETHOS Consulting Group, and has a track record in successfully placing senior executives at leading hospitality companies across the EMEA region. He is an AESC certified consultant and is working together with travel wholesalers, real estate developments firms, investment companies and sovereign wealth funds as well as leading restaurant brands in identifying key talent and has joined forces with clients in establishing compensation schemes as well as organizational structures and workflows.