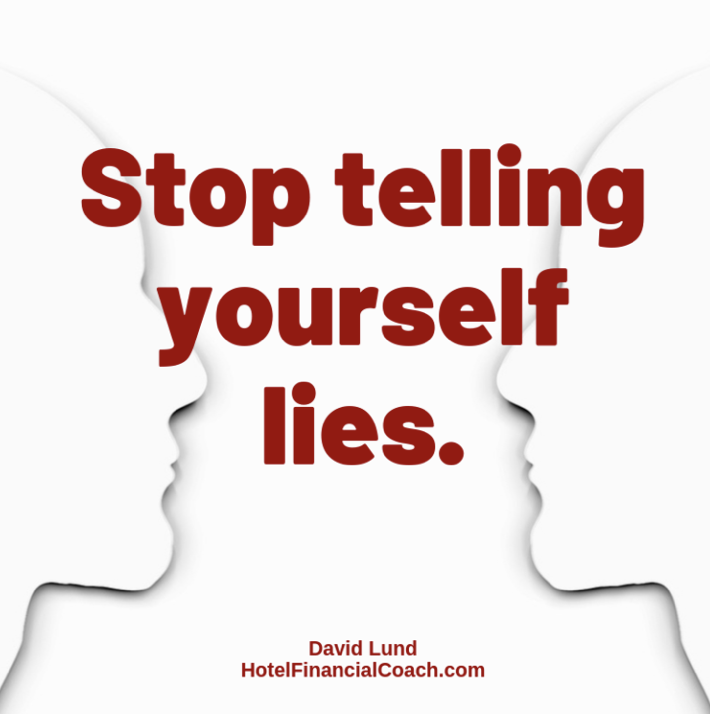 #1 – The Lie is Complexifying Everything

That’s a word that means we’re making things complex or what complexifying also means: You are taking one issue and applying it to many situations or people. For instance, the issue of leaders not giving you the information you need so you can do your job is complexifying. You are putting them all into the same basket. What you want to be able to do is take one by one—the conversations you need to have—and think about them one by one rather than thinking that nobody wants to help you, nobody wants to do their forecast, nobody wants to give you their month end stuff. You can’t put everybody into the same bucket. That’s called complexifying and that’s a lie. What must happen and what is the truth: Have one conversation at a time which is all you can ever have. One conversation at a time where you turn the situation around with one person at a time. You are never ever going to be able to change everybody in the direction that you want to go with everybody at the same time. It doesn’t work that way. Stop the lie of complexifying. A chef who was my client had what he thought was a systemic (complexified) problem in his kitchen. The waiters all put their dirty dishes in the set-up area and they did not sort like they were supposed to. “Really?” I asked, “All of them?” He said yes so I challenged him to observe the action. He reported that four out of six waiters that day at lunch were sorting. So now we have two waiters to deal with and not “everyone.” A much more approachable challenge.

You have the same amount of time that every other human being on this earth has. You have 24 hours in a day. Prioritizing what you’re doing, effectively doing one thing completely, doing the next thing completely, organizing your day so that you’re continually getting things done is the way to get things done. Saying to yourself, I would love to do that but I don’t have time is a lie because you have just as much time as the next person. You choose what it is you do. When you say, I would love to do that, but I don’t have time really, what you’re saying is, I don’t want to do this thing, I don’t choose to do the thing. But saying that you don’t have time to do it is not true. That’s a lie. Sally, a client of mine, told me more than once how much she wanted a man in her life. One session we went deep on her desired relationship and I asked, “How is your business doing this year?” “Really well,” she replied. “So, what’s the secret to your business success?” I asked. She promptly replied, “I am giving it 200 percent.” I then said to her, “See? Time + effort = results.”