We all have predisposed ways that we look at our world and the things, people and circumstances inside of it. It’s what makes us human and we either have an open mind or one that’s closed. Another way to express this is we either have a fixed mindset or a growth mindset. 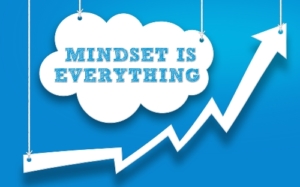 In her wonderful book Mindset, Carol Dweck dives deep into this distinction and relates it to our lives. I highly recommend reading her book—it’s nothing short of amazing. In this piece I am going to apply this distinction to you and your hotel career. Specifically, around the notion that we are either a numbers person or not.

When I start a financial leadership workshop, I invite the participant to shift their thinking. Shift from the idea they had before they got here, probably something like, Yuck, we are going to have to sit through a boring session on accounting and numbers. I invite them to shift their thinking to curiosity, to learning, to developing a new understanding and skills that are going to help grow their career and abilities and as a result they will have greater personal prosperity.

I typically get a few smiles but for the most part I see puzzled expressions. Perplexed looks because most people don’t buy into or believe and better still, they don’t see how something they hold onto so tightly could be just the opposite. That’s because they have a fixed mindset.

With a fixed/closed mindset people are trapped with their ego or self-belief. The iron clad idea that what they have right now, in this very moment, is all they need and, most importantly, it’s not worth it to look for another opinion or way of looking at something. To them it literally means that another way would mean their way was paramount to a failure and they are ill equipped and that must be avoided at all cost. They protect their fragile view of themselves and the world they inhabit at all costs because it’s safe to do so. I guess you could say that this type of person might be the one who already knows it all. Do you know what I mean?

With an open/growth mindset people see their current position or idea as simply a starting point. One that can and should be altered with new information, ideas and ways of doing and ways of being. They see opportunities and they’re willing to admit that they need to work on themselves and their abilities to advance. They are not afraid of looking like they are not 100 percent ready or already fully equipped. They are open to the learning and growth opportunities in front of them because they see the up side of doing this. They approach new ideas and different information with a sense of excitement and adventure. You might say this type of person is a keener or fast learner when in fact they’re just trying to improve their lives. They will readily admit they don’t know everything about anything.

Let’s get back to the notion that you are a hotel numbers person or not. With a closed mindset you see the numbers as someone else’s deal. That’s an accounting responsibility and not mine. Closed mindset people don’t see the opportunity in learning more about how the numbers relate to them because it would mean that they need help. They certainly won’t step up and dig in because that would ultimately mean they possess some deficiency.

With a growth, open or learning mindset, people see the circumstances before them as an invitation to get involved and even mess things up a bit. They see the opportunity in the chaos. What they get back by getting involved is the reward of being the one who figured it out, turned it around, finally draining the swamp. It’s no different than the service or departmental engagement level. It’s just another part of what they do, and they see the career advancement potential and they go for it. All in.

The person with an open mind is not better than the person with a closed mind. They’re just more fun to be around. A person who is predisposed to NOT trying new previously-uncharted things is kinda boring.

Trying and not knowing how it will turn out is the difference maker. Trying and failing means you will try again and succeed. Remember how you learned to walk?

Mastering your numbers requires failure. The hotel business is just one failure after another until it isn’t anymore. The only thing we know for sure about the budget is “It’s wrong!”