Hospitality Financial Leadership: She Said She Was Born Without the Financial Gene

Home/Hospitality Financial Leadership: She Said She Was Born Without the Financial Gene

Hospitality Financial Leadership: She Said She Was Born Without the Financial Gene 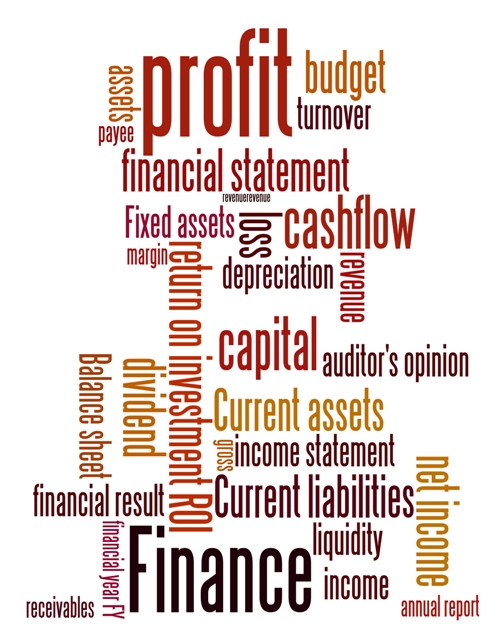 The following is a recap of a single coaching session which turned into a coaching relationship with a client.

For this article I am going to call my client Jennifer.

I was speaking at a local hotel association event and as usual a few people came to see me at the end to share their thoughts. Jennifer was the very last person to speak with me. She waited until the room was almost empty. She was shy and nervous.

“I just want to thank you,” she said.

“Thank me for what,” I replied.

“Thank you for giving me some hope,” she said.

I smiled, as I knew exactly what she meant, and I said, “Hope for what?”

She then explained how terrified she was about the financials in her hotel and how the director of finance made everything so complicated. She continued with how the weekly department head meetings were awful because that meant she might get asked about her department’s results and how completely embarrassed she was to speak about the numbers. She then explained how she was somehow born without the financial gene and now she was responsible for her department’s numbers and she was sure that her career was doomed.

You see the reason why I smiled was I have heard this story 1000 times. Always a little different, but it always contains the same elements. Me and numbers just don’t work. Somehow, I was short changed at birth and I’m not a numbers person. I love my job, but the numbers are the tough part.

I listened openly and then I asked her the question. I love asking this question.

I asked her, “Why do you think the numbers are so difficult for you?”

To which she replied, “I don’t know, they’re just so complicated and intimidating.”

I then replied, “I don’t believe you, all you’re missing is a little practice.”

She laughed and said, “No you don’t understand, me and numbers just don’t work.”

We talked a bit more and I offered her a telephone call the following week to discuss her challenges with numbers. She said she would like that. We exchanged cards and agreed on a time for the call. I then asked her to send me the latest financial statement for her department.

To which she replied, “I’m not sure I’m allowed to send it to you.”

“Not to worry,” I replied. It will be our little secret. A few days later I received the hotel financial statement and then we had our call.

When we started on the call I asked Jennifer to tell me about her career path. She explained that she went to college and studied art history and found a summer job as a guest services agent to help with the school bills. One thing lead to another and she was promoted to a reception manager and most recently to the position of Front Office Manager. She explained to me that she loved her job, the customers and the staff but hated the numbers.

She laughed and said, “If the numbers were just another part of my job I would be in heaven.”

“Alright then let’s have a look at things,” I said.

I asked her if she had a copy of the statement in front of her. Open it up and let’s look at the top-level statement. We were both looking at the September financial statement.

OK – first lesson. The hotel financial statement is organized just like the hotel. It starts with a summary statement and then: rooms, F&B, MOD’s, NOD’s all leading up to GOP. Each part of the big statement ties back to the corresponding lines on the summary statement. There is the current month on the left and the year to date on the right. The year to date includes all the activity accumulated for the year including September.

Let’s look at the sales department as an example.

“Find the sales statement,” I said.

“Find the total payroll,” I asked her.

“OK,” I said. “Go back to the summary and find the sales department and the payroll line. See, it’s the same number in both the month and YTD columns!”

We repeated this exercise for each line of the summary statement. This took about 20 minutes. When we were done with this I asked her if this exercise was helpful.

“Yes!” She said so enthusiastically. “I never knew how the whole statement tied together.”

With this exercise now complete I asked her if she understood the purpose of the P&L. I asked her to describe what its purpose was. She replied quite clearly that the purpose of the P&L was to highlight the revenues, expenses and profits. She went on to explain that the statement was used to keep track of the financial results, the good and the bad.

I mentioned that the statement we were looking at was the September P&L. I then asked her what did this statement tell us about October?

She was quiet for just a second and said again very clearly, “Nothing. We have a different report that comes out each month called the forecast. It would show us the same information not for September but for the next 3 months.”

“Well then,” I said, “You just explained the difference between the actual and forecast reports.”

She laughed and said, “I guess I understand a little more than I thought.”

We both laughed, and I said, “You sound like you’re ready to learn about the balance sheet and how the P&L and balance sheet work together?”

“Balance sheet,” she moaned, “I have looked at that before and it’s so confusing.”

I replied, “It’s actually so simple to understand, I bet you I can teach it to you in the next 15 minutes.”

Attached at the end of the September P&L was the balance sheet summary report for September. I asked her to get a piece of paper and a pen.

That three-part formula is the way the balance sheet works. It’s the same in every business regardless of its size, industry or complexity. It’s the universal formula for accounting and it’s called the fundamental accounting equation. I told her to write down the formula. Assets equal liabilities plus equity (A = L + E). One other thing about the formula you need understand is the equity can be negative as well.

“OK, I get it,” she said. “But how does this relate to the balance sheet?”

I explained that the balance sheet has the same three parts.

First the assets, I asked her to review the list on the summary statement we both had.

“Cash” was her reply.

“Guest ledger” she replied. “I have see that before and I wanted to ask what it was, but I was too embarrassed.”

I replied, “Imagine all the guests in your hotel gathering at the same time in the lobby, each holding a sign with a number on it. That number is the amount they owe the hotel; add them all up and that’s the guest ledger.”

We quickly reviewed the rest of the assets and we noted the total assets.

“Write that number down,” I said.

She laughed and then said, “You mean what bills do I need to pay?”

“Yes,” I said. “What obligations do you have that you must pay?”

She replied that she had a car loan, a utility bill and a student loan. Those are obligations you have that you cannot skip out on. The liabilities that the hotel has are the same idea. We then reviewed the list and like with the assets, we noted the total liabilities and I asked her to write that number down.

“What’s the difference between the two numbers?” I asked.

I asked her to tell me the “equity” to which she replied, It’s the same number.”

“One last thing before we wrap up this lesson,” I said. “Go back to the summary P&L and find the line that says net income.”

I waited for probably 30 seconds and then she gave me the number.

That is how the P&L and the balance sheet are tied together; the total of all the revenues less all the expenses is net income on the profit and loss statement and current period retained earnings on the balance sheet.

To wrap up the lesson I asked her to explain the relationship between the P&L and the balance sheet in her own words.

She said, after a brief pause, “The P&L is like my wages less all the deductions and my living expenses, and the balance sheet is like my bank account, if there is money left over from my pay, that’s my equity.”

At that moment we both knew that the tough part was not so tough. Like anything in life, we just need a little practice and having a coach to help just makes the task a lot easier and much faster.