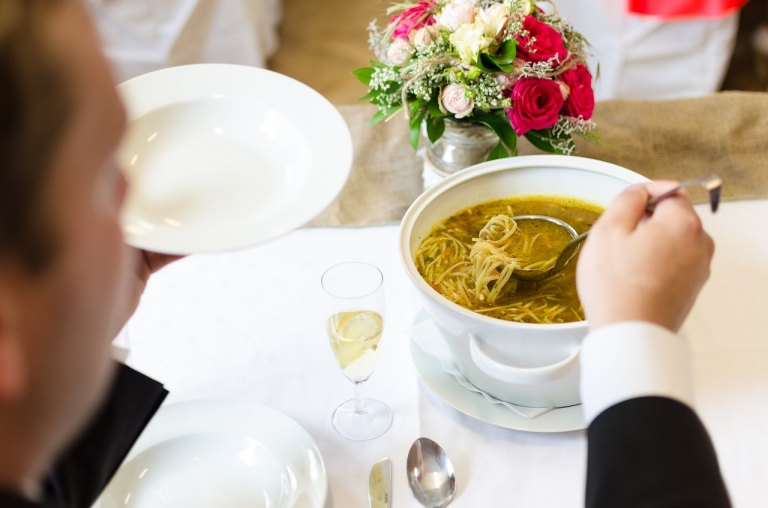 Almost 40 years ago now I was a busboy at a large and busy resort in the Canadian Rockies. I had transferred west a few months earlier from another hotel in the same chain where I had worked for two years. This is a story about me starting to find my way through this maze we call the hotel business. This piece was inspired by a reader who sent me a note.

In the early eighties, I completed high school and through a bit of a cluster flux I ended up in hotel school at the local college. While attending the hotel program I was fortunate enough to get hired at the summer resort as a bartender, the hotel also had a year-round bar, so I worked part-time while attending school and full time in the summers. It was fun and a great gig if you know what I mean. I made some good money and I was part of the establishment.

At the end of the second summer, both school and my job were done, and I needed to move. I somewhat reluctantly accepted a “transfer” west and the hesitation came from the fact that they had only offered me a position as a busboy. Not the end of the world but to step backwards from being a bartender to busboy was a kick in the pants so to speak. I think I was 20.

After packing my things I drove clear across the country that fall and started a new adventure. Being a busboy sucked. It was the worst job. I remember one of the first shifts I was assigned to get serving utensils for the buffet and that meant scrounging around the dish pit. I was having a hard time finding the appropriate number of tongs and spoons when I made my first big mistake.

I went to see the Captain and explained the situation and he pointed to one of the chefs and told me to go ask him. So, I did. The guy he sent me to see was the executive chef and man he was not impressed by my request and he took a strip off me that day. Burned by my own Captain. Lesson learned.

One of my regular assignments was the lunch buffet which was painful for two reasons. One, lunch was super dead. Never any real customers and therefore no money to be made. The second reason was even more uncomfortable because it meant I had to serve the hotel executives their lunch. Or rather, they served themselves from the buffet and my job was to clean up after they ate.

Man, they were messy and downright arrogant most of the time. I remember the sales guy the most because he would eat like a pig, smoke cigarettes while he filled his face and drank at least two bloody Caesars at each sitting. They would come every day, Monday through Friday. Fifteen-twenty of them and nobody paid for their lunch or their drinks. They just signed their names and added a measly 10 percent tip, sometimes. These were what was called duty meals and I was the servant.

I remember one day I finished my shift which included cleaning up the pigpen. I think I had a day off scheduled because I had a few pops in my dormitory room that evening. I also remember being very down on myself. I had moved 3500 kilometers to be a servant to a bunch of ungrateful managers and my career so to speak was not going anywhere. I recall being mad about my situation but amid all this, something switched inside me. I thought to myself, I want to be one of those managers who have their own “duty meal account!” I want to be served lunch! But I would be a different kind of manager. I would be nice to people like me. I would appreciate those people and treat them with the respect they deserved.

The following day I applied for a transfer to the front desk as a cashier. That worked out and a few months later another transfer to a position as a food and beverage control clerk. A few months after that my boss left and I was promoted to assistant food and beverage controller. A funny thing happened shortly after I took that job. The hotel got its very first personal computer. An IBM XT. I was given two hours per week to use it. I learned how to use Lotus 123 and before any time at all, I had put all the store boards (big green columnar pads) and tracking sheets in Lotus and my job now took only a fraction of the time it did before.

The resorts head controller took notice of this. She was a funny lady but none the less she liked me and my work. I vividly remember her telling me how impressed she was with me and my computer automation work and to reward me she could not give a raise for some reason but instead she could give me a “duty meal account.” Does this sound at all familiar? What!?!

The very next day I was sitting in the pigpen. No Caesars for me but the warm lunch was nice. The following year I transferred back east to another hotel. Two years later it was time to move into an accounting role and four years after that I was assigned my first controllers’ position. Meals and entertainment accounts were always part of the stick, including the all-you-can-eat account for friends and family without any cost whatsoever.

So, get mad and go change the world. It just might come with lunch.

Reducing Friction Makes You Money
The Do’s and Don’ts of Selecting the Right Hotel Technology Partner in 2021
Hospitality Technology and Forced Migrations: A Bad Break-Up Story
HSMAI Perspective: Problems With the Pipeline
How to Upsell 101: Too Much Choice Can Lead to No Choice
Enliven Offerings With Social Media, Luxury Hotels Urged
Hospitality Financial Leadership: Moving Part 2
The ER Strategy 2.0: Small Improvements Add Up
Heart of a Lion: The Harsh Reality of Entrepreneurship
Is Your Hotel Barking Up the Right Tree?
Podcast: Why Every Hotel Leader Needs to be a Financial Leader
HEADTRASH: The Leading Killer of Human Potential
Stay or Leave? Internship Stress and Coping Strategies in the Hotel Industry
New Paper From WTTC Shows Importance of Travel & Tourism in Driving Global Economy and Enhancing Social Progress
The Show Starts When the Phone Rings
In Employee Compensation, You Get What You Pay For
Key West Most Expensive U.S. Destination for Presidents Day
Changing Rules for a Changing World: Why Doing Good Is Now Very Good for Business
Is Togetherness the Next Destination for Travel?
Hotel Sales for Today’s Remote Buyers Requires More Than “Steps,” “Funnels,” “Wow,” and FAB Phrases