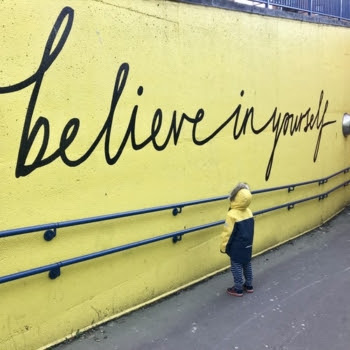 Journey first got together in 1973 in San Francisco. The band didn’t really have any commercial success until 1978 and the real results came together in 1981 with their seventh album Escape. Steve Perry was the band’s vocalist as of 1977 and the group saw a lot of success in the early 80’s and mixed results well into the 90’s. Steve’s voice and the band’s power sound became the anthems of my youth and for millions of others too. The Escape album was their most successful, spawning several single hits including the masterpiece “Don’t Stop Believin'” which according to iTunes is the #1 selling song not recorded in the 21st century.

With success comes reality. The continued prosperity would require some patience and the hard work – a don’t give up formula. In 1998 Steve left the band for personal reasons and the story of Journey should have been over then. However, that was not to be. For nearly a decade the band hired lead singers and tried to once again find its way back to mainstream popularity with several vocalists, but nothing ever stuck. The band was on a form of rock life support, still clinging to their success from the early 80’s. Two of the bands most central and influential members were unwilling to give up. Jonathan Cain and Neal Schon had an idea that all they needed was the right guy on vocals and the rest would come together. They believed if they could find the right guy not only would it come together once again, it could stay together. In rock that’s the gold standard.

In 2007 while searching the newly minted two-year-old YouTube, Johnathan found what he couldn’t believe. A little Filipino singer who sounded just too good to be true. Arnel Pineda had been in the rock band business since 1982. He had limited success and was doing cover songs from bands like Journey in his band named Zoo. He was playing bars and clubs in the Philippines and Asia. On a gut feeling and hunch, Cain found a mutual friend/contact Noel Gomez, one thing led to another, Journey hired Arnel and neither has looked back.

Persistence, a dream, hard work and never giving up paid off for Journey, Jonathan, Neal, and Arnel. Just like your hospitality career. The road in the hotel business is not a smooth one and it seems to get rougher every day. Posting can be short and moves are often frequent. Owners call most of the shots and brands tend to push your buttons. The older you get the target on your back seems to get bigger. To stay in the game, you must bank on more than one comeback and sometimes it’s several unplanned opportunities to start again. I have experienced this and I know so many others who have too. What keeps us all going? It’s the dream of putting together the string of hits that keeps one in the game for the distance. There is no other way if you want to be and stay on top.

Meeting Journey was something I was not even thinking about when it happened. Living in San Francisco brings many great things. One of them I got to experience was a visit to the famous Castro Theater to watch the screening of a new movie that was part of the San Francisco film festival in early 2012. I was given two tickets and Johanne and I planned on going to see the movie – “Don’t Stop Believing’: Every man’s Journey.” The evening the show was scheduled came and we lived in the Haight at the time, just a short 15-minute walk to the Castro. I finished work that day, biked home and we grabbed a bite of dinner and headed to the movie not expecting anything but a movie.

When we arrived, it looked like we were late. Something I hate. The usher held us back for a moment and then someone with a flashlight came and took us to our seats. I remember going down, not up, and thinking to myself these are going to be good seats. The house lights were off and there was music playing – Journey “City By The Bay.” After we were seated for maybe a minute I could sense people being seated behind us and I could smell men’s cologne – really strong and clear. The music stopped and a gentleman took the stage and the spotlight. He told us a bit about the film and then he told us we were in for a special treat as the band was in the theater.

With that, the spotlights came on and the entire band stood up and the audience went nuts with applause. You guessed it, the band was seated in the row behind where we were seated. Arnel was in the seat directly behind me. To say I was shocked and surprised would be putting it mildly. The applause continued until the MC asked for everyone’s attention as he completed the introduction of the film.

For the next hour and 45 minutes we watched the film. At the end, the band took the stage for questions and photos. Before they were asked to come to the stage the band took another round of applause and I looked into Arnel’s eyes and said, “Great film and you guys are the real deal” and I shook his hand. Johanne was just a little mortified