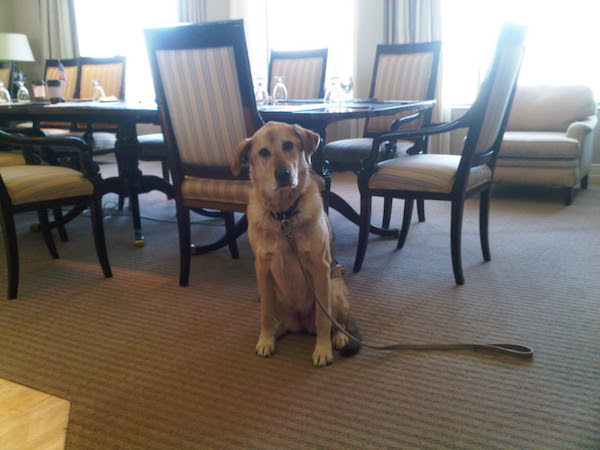 Hands down one of the best experiences I ever had in my career was being part of the team that reviewed the financial performance of the hotels in my region. The reason I enjoyed it so much, and have such great memories, is because I learned so much at each one and not only did I learn about the business of hotels, I had a lesson in people.

The review team consisted of my boss, the hotel GM, the hotel Controller and me. In addition to the four of us, one by one the other executives or department heads would be in attendance or be called when it was their turn to review their area. The examination was a low-tech event. No PowerPoints and no presentations – just financial statements, eyes, notes and questions. We would typically visit each hotel 2x per year to take a deep dive into what they were doing and how they were performing.

There was always a bit of pomp involved in our visit. We would typically arrive the evening before and we were always treated very well. A nice room or suites and a special dinner in the hotel or some new hot restaurant were the standard fair. No expense spared here. I almost think it was like they knew we were “going away” tomorrow so they put on a big show just to deny one last time any guilt. They all knew that tomorrow the sheets were coming off and the truth would be revealed. You could feel the curious anticipation of the victims just like in the movies when you know the mobster knows he’s going to get whacked!

The day starts with breakfast in the private lounge where my boss and I cover some basics. He is a master at knowing what’s really going on in each of his hotels. He wants nothing but a path forward to improved financial results for the hotel and he knows all the tricks. We run through the year-to-date performance to budget and the prior year. Flow through is the pulse and blood pressure of the patient. We zero in on what it should be and the difference equals what’s been squandered. With our direction clear we head into the battleground so to speak, the meeting room. My job is mostly to listen and make notes.

It’s funny how some people see things. You see we’re all friends so to speak. We know each other quite well. We have been working together for some time and it’s a small world we live in. We always start with the welcome. Sometimes we’re greeted by the core team for a hello and casual coffee. Often, we are welcomed by the whole department head squad like we’re visiting politicians or celebrities. Occasionally they even line up as you would at a wedding to say hello. I remember one time we walked into the meeting room to be greeted by the core management team all sitting on one side of the table, their side of the table, like a military tribunal. Heads were down, books open, pens drawn. Serious business that day! What messages people send by their actions.

We always start at the beginning with rooms revenue. What’s going on in the market and how is the hotel performing relative to the competition, aka the STR comp set. Where is the RevPAR index YTD and what is driving the results? Product, competition, new supply, sales team, corporate resources, regional economics, renovations, asset, service levels, weather, citywide performance, etc. It all gets laid out to paint the picture of where the hotel is, where it has been and, most importantly, where it’s going. A combination of the revenue management discipline, the sales strategy and the marketing plan get flushed out.

The director of sales lays out the strategy and the information. You can tell very quickly if he or she has their act together. There is a very small circle of key indicators of performance in this arena and you can easily see what’s working or what’s missing. The sole purpose of the review is to find ways to improve moving forward. What strategies from the sales and marketing plan are working and what’s not? What new ideas need testing and what old processes need to be deleted?

From the rooms revenue, we turn our attention to F&B – namely banquets. What has been the performance of the conference services area with conventions and meetings and what’s the social scene with catering and events? Banquets are the engine that runs F&B in any hotel with meeting space. Always an interesting aspect is a view of how the meeting space is managed. Group sales vs. catering. A good DOS knows when to release the space and when to hold on to it. Banquet performance is such that a hotel, when it’s busy is like a turbocharger on your car’s engine; you can feel it kicking in and propelling you further and faster.

Now it’s time to review the MOD’s – any other department that makes revenues in the hotel. Here we take a different approach and do a top-down review looking at the whole picture. My boss is always looking for the path forward. He hates looking at a departmental statement with what he calls hooks! Or expressed another way – a loss. We sift through the revenue picture in each department and then the payroll and expenses looking very closely at each line and always asking the same 3 questions.

1. What’s in this account, what exactly is in here, how much, how many and what is the plan to improve the profit picture?

2. What’s the variance to budget and why, what’s changed from the plan?

3. What’s the variance to last year and why?

It may seem to be an area with little impact, but the minor operating departments are important because anytime you can turn a loss into a profit it has a profound impact. One trick in particular with MOD’s is making sure someone is responsible for their performance. My boss would always ask who’s in charge of the _______ department and when it’s a shrug of the shoulders or it’s “just part of rooms” he would make a point to say we need someone to own this area. It’s important that we don’t forget about it and leave it on autopilot.

We turn back at this point and drill into the rooms departments payroll and expenses. This for me is where the real fun starts. Right off the bat, we look at the year over year rooms profit percentage to last year and the budget and, most importantly, the flow through to the same two measures. What happened to the additional or lower revenues over last year and the budget and what’s the relation to the profit results in the same comparisons? It might sound complicated but it’s not; once it’s laid out you’re really looking at the changes in actual revenue to budget and last year and the same for the profits; and you then divide the two. Where did our money go?

In rooms, the key factors are the labor costs and the only way to drill into this is to have the productivity laid out. Check out my article on rooms productivity for a complete setup. http://hotelfinancialcoach.com/hospitality-financial-leadership-measuring-labor-productivity-part-1/

The rooms expenses are reviewed and we’re concerned with the cost per room occupied and determining if anyone has a handle on the actual expenses. This is where my boss would ask for details. What exactly do we spend our money on in the guest supplies expense line? In the beginning, it was a muddled response and clearly, no one really knows because there are several people spending money in this account. Front office, housekeeping, concierge, valet and sales all have a hand in using this account. Here is where he would model the best practice.

We can’t have a free for all – we need someone to own these accounts. How can we set this up going forward so it’s a zero-based exercise and one person is the gatekeeper? No one could argue that it didn’t work the way it was, and the smart hotels and teams did the work and got it together. Because you see we will be back in a few short months and we’re going through it again. Inspecting what’s expected and that is ownership and the detail to tell the story.

Another very interesting aspect of these reviews was the way similar issues would bubble up in different hotels and the emergence of best practices. One thing I developed was benchmarking. Using the data I had, I created reports that read the financial database to reveal the various different productivity points and cost per room or per cover for the expenses. Once we had this data we could reveal who was the most efficient and the worst. A typical question would go one of two ways.

1. Why are your expenses in the per room occupied in laundry the highest in the region? With this out there we would then have a very meaningful conversation about their challenges. What we could offer in return were the ideas and best practices of the hotels that were scoring best on the same measure.

2. When the hotel we were reviewing was performing well to the benchmark set we would ask the opposite questions. What are you doing that is working so well? This might seem obvious, but this was the best information to uncover because we used it to serve up the next hotel that was performing poorly on the same expense. Constant improvement is what it’s called and as the saying goes, “We’re here from corporate and we’re here to help.” In this case we did, with lots of great ideas that we shared from our other hotel reviews.

In my experience in doing 1000’s of budget, forecast and month end financial reviews, the exercise is almost always a gotcha exercise. What we did that was so different and useful was provide great intel on what was working and what the best practices were that we had learned from all the reviews, and we shared this as well as pointing out their shortcomings. From these reviews and my notes we sent the hotel a report and followed up with updates from the hotel on their progress and 6 months later – we’re back! And how is our patient doing?

Not rocket science but an extremely useful and fruitful exercise well worth our time and effort. Not to mention fun.