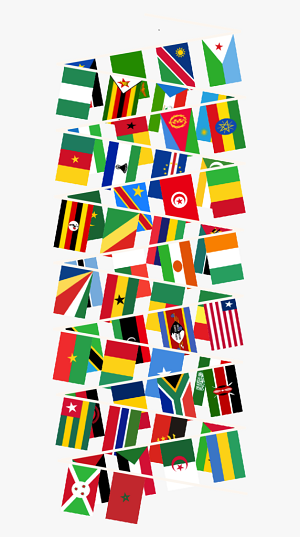 The crap I must deal with never ceases to amaze me. The Stow sees many groups and we were preparing for an international political gathering and my country’s government was hosting the event. This meant lots of politics, decorum and protocol that all gets sorted out, or so to speak. It was nothing short of a cluster bomb and I had to stick-handle my team and the politicians.

Our city and country have a colorful history and it is rich in its traditions and symbols. My phone rang late one afternoon as the summit was less than a week away. My secretary, notice I didn’t call her an assistant, she was a secretary and somewhat useless, came to my door and told me the viceroy was on the line. The viceroy? Yes, she said. We must have really cooked it this time, why is her holiness calling me? I picked up the line and addressed her as Madame Viceroy.

She got right to the point. Her government was taking over my hotel next week and she wanted things to go well. In addition, she let me know that the pending liquor permits for my new proposed wine bar were sitting on her deputy’s desk awaiting her direction. I thanked her for the update and assured her we were ready for the onslaught of leaders and their entourages and then she parted with the pleasantries and dropped the bomb.

Politicians are not the most subtle people and they seemingly have no boundaries when it comes to their lust of power and getting what they want. The viceroy told me she wanted all the flags of the republic removed from the hotel and in their place, she wanted to see only the flag of her federation. Should I want the permits approved then I better comply, or they might just get lost.

I assured her that I would consider her request and she abruptly retorted that, as the overseer of the hotel, it was my duty to follow her stipulation. Then she hung up the phone without even a word of thanks or goodbye.

What a piece of work! Was I surprised? After I threw up in my office loo, I told myself this was just part of the game.

Now I was in a pickle. What do I do? Flags, the monarchy, the federation and the republic are not part of the hotel puzzle beyond the standard protocol. With her call I was left with a decision to make. Switch the flags and keep the Madonna in my good books—maybe get my permits approved—or leave the flags per protocol and screw her?

I had a few days to decide. I talked it over with myself and either way I was going to get shafted. If I switched out the flags it could be a political scandal and I would be right in the middle. Who wants that? I’m a hotel manager not a political person at all. Leave the flags per established protocol and take my chances on the permits? What to do?

I slept on it for a couple of days and then gave my protocol manager my direction. He was the manager that looked after high-end groups like this one and he was also responsible to iron out all the political rules to ensure we followed the proper established protocol. He literally turned white when I told him I wanted all the republic flags removed from outside and inside the hotel and I wanted them replaced with the flags of the federation for the day of arrival for the group.

I really don’t like it when my subordinates ask me why. He should have known better than to question my cause. I told him it was none of his business, just do what I say and do not ask questions.

“But Mr. Pavia,” he replied, “The other delegations, the other heads of state, the federalists, the press, the staff—are you really telling me to take down all the republic flags and replace them with the federation? This is not proper protocol.”

Michael was, on one hand, doing his job by throwing the rules of the political landscape in my face, and on the other hand he was one step away from having his head delivered to him.

I said, “Listen, and I am not going to repeat myself to you or anyone else that wants to be working here next week, early on Saturday morning have the flags changed as I have directed and leave them up all day.

“Do it and shut your mouth. If I hear one word from you or anyone about this, I am going to have your resume on display in the cafeteria. Do you understand or do I have to get your assistant to step up?”

Now the direction was set. I prayed for rain and dark skies

Saturday arrived and it was an overcast and a dreary fall day. Maybe we would be OK. The arrivals and welcome reception went smoothly. I greeted several heads of state and the viceroy. She smiled a thin veil of approval and moved on. The day went by quickly and I did not hear a word about flags or protocol.

Sunday mornings I never go to the hotel, not even with such a high-end group in house. Sunday is my day to disconnect, unwind and have a little quality time with my lovely wife Ida. I made coffee and she prepared some fruit and we read the paper in the sunroom.

I opened the paper to see the headline: Chateau Bears Federation—and a picture of the roof line of my hotel. The article was short and to the point. It simply stated that in a gesture of alliance the hotel removed all the flags of the republic and replaced them with only the flags of the federation.

I felt so naked suddenly. I had a sinking feeling and the blood from my head all but disappeared, I took a few deep breaths and a large gulp of coffee.

The phone rang and Ida answered, it was barely 7 a.m. Who would be calling at this hour? It better not be any of the managers from the hotel. Unless it was on fire, I was not to be disturbed, ever!

Ida looked at me and said, “Good morning, Cedrick, thank you and, yes, Oliver is right here, I will pass the phone to him.” Ida gave me a very peculiar look of curiosity, why on earth would the hotel’s owner be calling me on Sunday morning at 7 a.m. unless…

“Oliver, I will get right to the point,” he said, “Why on God’s green earth did you have the flags of the republic removed from my hotel and replaced with the federation’s flags? Have you seen the morning Sun and the article and photographs? This is an outrage and I am so angry and quite frankly I am seriously questioning your leadership.”

Silence ensued for what seemed like eternity. I took a deep breath and the words that come out of my mouth were not coherent. My response was something like, wine bar, viceroy, liquor permits, protocol and no one would notice. He responded simply – he would meet me in my office in 60 minutes

The quick shower and drive to the hotel were but a brief moment to reflect. What could I have done other than comply with her extorted demands? I could have not made the flag switch but that would have been costly. I decided to come clean with Cedrick, no matter the cost to my future.

I arrived a few moments before he did. There were two different networks with their trucks, cameras and reporters on property. I slipped in from the parking garage after observing that the proper flags were once again being flown. Michael got an A- for following my directions. I made it to my office without any people interactions.

Cedrick arrived a short time later and closed my office door. He had a copy of the paper and sat down in front of my desk. He was a little older than I and this morning he looked slightly pale and frail.

“How could this have happened?” he asked, “Is this some kind of political stunt that the staff had managed to pull off?”

No, I told him, it was upon my direction that the flags were changed. He looked even more concerned and asked why I would direct such a mindless and scandalous act.

“I really do question your ability to manage my business,” he said.

I asked him to hear me out and explained the events of the last week, the call from the viceroy, the liquor permits for his pet wine bar project, the threats and ultimately my decision. He listened intensely and did not say a word until I finished my story. Then very calmly he looks at me and asked, “Why didn’t you call me?”

“Call you? Why would I call you with this I request?”

“Well,” he replied, “If you had called me, we both could have decided what to do.

“Now, because you acted alone, I must consider your consequences.”