The week after the summit was a bit of a blur for me. Several requests for interviews, all declined. Our public relations manager handled these with a simple story the flag mishap was a mistake given the procurement of new flags and the innocent mix up of which ones go where. Not our finest hour but the furor died down. But not before the chairman’s call. 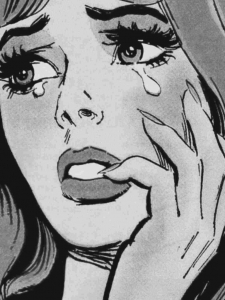 “How could you be so stupid,” he asked? I explained the situation to him and he calmed down a little.

“That little princess,” he said, “You tell her the next time she calls that we are not part of her domain.

“Liquor permits or not, tell her to mind her own business.” He then said the same thing Cedrick said, next time there was a decision like this to make, I’d better call him first. Food for thought as I reflected on my decision. What if I had called Cedrick and the chairman and asked them for help? At least they would have been part of it and not just me. Live and learn.

Each morning in the hotel we had the 9 a.m. manager’s meeting. A representative from each department attended and we had an information briefing. I liked to pop in from time to time to keep everyone on their toes.

This was usually the most fun I had all day

It was a Thursday and the week had been a sh*! show. The flag scandal, a group cancellation for the following week and dismal pickup on room reservations. I needed someone to pay for my frustration. It was Jennifer’s turn to give us an update. She was a senior sales manager and fairly new in her role. She delivered the information on the daily rooms pickup and revenues projected for the day and the latest forecast revenues for the month. The numbers were not good, we would miss the forecast for the month and she just said it like she was telling us what’s for lunch in the cafeteria. This would not do. There needed to be a much greater level of interest and attention to the task at hand and that was making our numbers.

I said to her, “So you’re in sales?” She looked at me like I just asked her to go see the latest cartoon movie with me. A slightly curious, fearful and nauseous look, all at the same time. The room suddenly became very quiet. Everyone’s attention was now squarely focused on me and that was the way it should be.

“You’re in sales,” I repeated, “and we’re not going to make our room’s revenue forecast this month and you tell us this interesting tidbit with the concern of what?”

Now the oxygen had been sucked from the room. The gasps were audible and everyone around the table knew what was coming.

I threw my pencil so it hit her little note pad. She then looked at me with the biggest saddest eyes.

I then said to her, “Sell me that pencil!”

She swallowed hard and muttered a couple of words that were inaudible. The tears came fast.

The audience was mesmerized by my performance because they knew what was coming next. They also knew that today was officially her day to take it on the chin. That was good news for all of them because that meant it was not their day to be singled out at the morning meeting.

I said to her again, “Sell me the pencil!”

There were now full water works and her face was as red as her lipstick. Her shoulders dropped. The only thing this poor girl was guilty of was being there but none the less a lesson needed to be taught.

You come into my court and you deliver this news and you do so without any sense of urgency or a plan to turn this disaster around? You will pay the price.

I asked her, “What kind of pencil do I need? Why is this pencil exactly the pencil I need and finally why are you the only one who has pencils like this? You are as incompetent as they come!”

Her head dropped and I was done with her.

I now swung into action. What were we going to do to turn the sinking ship around, I asked the table. Silence. There would be no one to jump on this. They did not dare. I directed my reservations manager to open all booking channels, to drop all restrictions and to flood the system with new reservations.

This was the problem in my hotel. Without me there was no one with a plan. No one to step up.

The meeting ended and I had a sense that we would be OK that month.

As we left the room, the new director of finance asked if he could come see me in my office. I said yes, I would be there in 10 minutes and told him to meet me there. I wandered back through the halls and the lobby. Business was carrying on as usual and I felt a sense of calm, a sense of relief after my little tirade. For me it was almost like the feeling after a good run and it was my job!

Arthur was one of my managers who had some potential. He was not your typical accountant. At least he could walk and talk at the same time and I did not have to worry too much about the books, not that it would matter if I did.

It occurred to me that he was one of those types—a touchy-feely guy. No wonder he came to us from the Norton, a first-hand recommendation by Cedrick to replace our recently retired financial director. His first position as a department head.

He arrived in my office for the first time and as usual my desk was clean. When I say it was clean, I mean there was not one piece of paper anywhere. There was a phone on my desk, a laptop on my credenza and that was it. Just as it should be. All I needed to run the place was me. Not paper and certainly not other people.

Arthur asked if he could sit down. I said by all means sit, and he did. He then asked me if he had my permission to speak freely.

“What is this about?” I asked. He repeated his request.

I said, “Sure, if you must.” Arthur had some cojones I must say.

“How can you treat people the way you do in the morning meeting?” he asked, “Why do you feel it’s necessary to single out someone and give them a hard time? How can you be so mean?”

“That’s it?” I asked, “That’s what you’re here about today, now and wasting my time with?”

Why do people feel it’s necessary to waste my time? I was thinking to myself. Should this idiot not be back in his office balancing the books or whatever it is that he does when he’s not wasting someone’s time? How can this man be so stupid? Why don’t people get it, I asked myself? For a moment, I thought, he really did not know how to manage people. He had not clue one on how to motivate and direct people. I took a deep breath and calmed down a bit and I decided to take him under my wing on this one. Why not? He made the effort to ask and I did not have the energy to let him have it because I had just let it all go 15 minutes earlier.

“Arthur, listen up because I am not going to repeat myself, is that clear?”

“I am the general manager and it’s my job to make sure all the other managers do their jobs.”

“Would you agree with this, Arthur?”

Arthur shook his head up and down and said, “Yes, sir.”

“So, it’s my job to point out their shortfalls so they don’t repeat their mistakes.”

“Would you agree, Arthur?”

Silence ensued. I was waiting for his response.

“Mean?” I asked, “I’m not mean, I’m an actor doing mean and there is a big difference between the two.”

Arthur looked confused. I told him people need to know that I’m the boss and in order to accomplish this I must have their attention and the best way to do that is to keep them on their toes. I liked to do that by pointing out their mistakes in front of others and when I do this I’m acting and playing my part.

With that said, I told Arthur he just had a free lesson in hotel management. One that has worked wonders throughout the ages and one he should never forget.

“Don’t ever let them think they know more than you. If you let that happen, they will run over you and you will lose control.”

I told Arthur not to worry so much and with that I sent him on his way. Was I really so mean to Jennifer? She cried, yes, but she learned a valuable lesson.

For a complimentary copy of my guidebook on creating a financially engaged team in your hotel head over to my website, www.hotelfinancialcoach.com and don’t forget to email me [email protected] for any of my free hospitality financial spreadsheets.