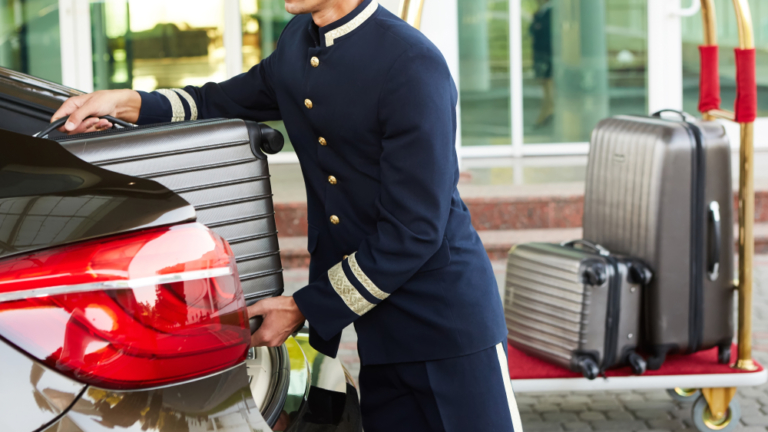 “My Story is not a story,” explained Mr. D, “It’s what really happened to me and it has had a profound impact on my life.

“I call it a story because it’s been told many times. For me it was the beginning of service leadership. It’s what I call ‘serving first’ and coincidentally it’s your first lesson, Oliver.”

Mr. D, I decided to call him to myself because of his humble demeanor. He continued:

I returned from Europe and the Great War with my new wife and was lucky to find a job waiting for me here. The GM at the time took me under his arm and gave me the position as guest services manager, where I looked after a small group of bellmen and doormen. We had a mismatched team of men who hustled to make every buck. Every man for himself and why not, the tips were by far the biggest part of the pay and if you wanted to feed your family that’s what you needed to do.

A few months went by and the hotel lost one of its senior leaders. The Director of Finance was killed in a hunting accident. The GM was at a loss to find a replacement. He knew I was the company clerk for my regiment and he also knew that entailed some record keeping and he asked me to help in the accounting department.

I was there a short period of time, perhaps a couple of months and the books and accounts were a complete mess. Nothing made any sense. The biggest problem I could see was the other department managers paid no attention to the system. They were all required to submit their monthly requests for supplies and labor schedules and in turn hand in the invoices, time sheets. At the month end we required their accruals and departmental commentaries. None of this was working. No matter what I did the other managers simply ignored my repeated demands for their paperwork. I either got it late, all wrong or not at all. If this was the army, we would have ways to deal with this, but it wasn’t the army.

I spoke several times to the GM about this and all he said was find a way to serve them and they will serve you. This confused and frustrated me. If I was charged with getting the paperwork and accounts straight, then the others must be held to task to do their part. That was what I thought. It was simple: the system was falling because the other managers were not doing their part. One day it all came to a head so to speak and the owner’s banker was meeting with the owner and the GM. They called me into their meeting to ask why we were so far behind the budget and why we had so many old invoices in the current accounts? There were literally tens of thousands of dollars in mismatched accounts and the financial statements were a mess. The GM took me aside after that meeting and explained how grave the situation was. Because of the poor financial performance, the hotel would face bankruptcy if the situation did not improve quickly. Bankruptcy would mean takeover by the bank, their managers and their accountants.

This was all a bit much for me having been thrown into this mess and learning that the mess had long been the par for the course, long before me. My GM had an idea. He suggested I get the managers together and teach them the business of the hotel. Teach them what they needed to understand to want to do this work. Show these managers what was in it for them.

I was not at all clear on how any of this idea had anything to do with the mess in the books. What he did next was a bold move. He told me I had two choices: go back to being bellman or educate the other managers. I didn’t want to go back to the lobby and the hustling, so I set about creating what I called a “workshop.” A few hours with the hotel leaders all together, learning about the business of hotels; budgets, expenses, payroll and the like. I was not at all sure that my class would accomplish anything worthwhile.

I didn’t even know what I should try to teach. The day arrived for my first class. I remember being very nervous and was sure my class and I would be a flop. Well, Oliver, as it turned out the class was not so bad. I explained as best I could what I did or should do with all the information I was asking from each manager each month.

I remember at the end of the first workshop a small group of managers came to see me and thank me. They thanked me for serving them. This was indeed a revelation for me. By showing them what all this information was for they were excited and engaged.

So, your first lesson is this, Oliver: If serving is beneath you then leadership is beyond you. Think if you will, Oliver, about who you serve and how you help them.

I thought about what Mr. D told me in that moment and was lost to see any connection or relevance to my job. I don’t serve these department managers. They are here to serve me. But I also knew there was something underneath all of this. Something warm and comforting that I didn’t understand. I thanked Mr. D for the lesson and realized the time was already late afternoon. Where had the day gone? Mr. D grabbed his coat and hat and told me he would return the next day.

I thanked him and he left. I sat in silence for what seemed like only a few moments. Alone with my thoughts. I was thinking about the mess Mr. D spoke of and I could relate. I also thought about his challenge and the dire position the hotel was in and I chuckled to myself. This is what happens when you don’t have a firm hand, I thought. This is what happens when you let the inmates run the asylum.