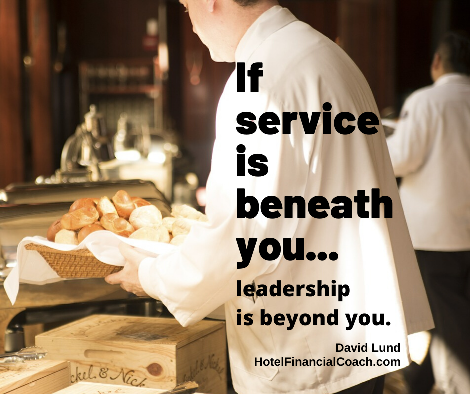 The looks on the faces of my team was telling. The last time I saw these faces was in my dream and now they are getting what they want: rid of me. Cedrick opened the quick impromptu meeting with my senior leadership team by telling them he was committed to making the Stow the best hotel in the world. He thanked me for my work and then told the group that to take it to the next level he decided to make a change.

“Effective immediately,” he said, “Ann is the new GM and Oliver will be assuming the GM’s role at the Norton.”

With that out he turned the group over for me to speak.

I thanked Cedrick for his words, and told the team that Ann would be a great addition. I thanked all of them for their hard work and commitment to the Stow. The look on their faces was interesting. The best way I can describe their looks: Like inmates that have been suddenly and unexpectedly released from prison, but they can’t tell anyone.

Ann then said a few words and the meeting was over. We had coffee arranged and most stayed to chat with Cedrick and Ann. I didn’t seem to have any fans. People were not telling me they were sad that I was leaving. A couple of people wished me luck but that was it. Were they all in my dream too? We wrapped things up by 9:30 and the three of us got into a town car and headed to the Norton. Looking back is something I have never done, but as we drove away I looked over my shoulder at the silhouette of the Stow. I think my life was totally out of control in that moment.

On the short drive to the Norton, Cedrick said he was pleased that we both agreed to his offers. He thanked us and offered this piece of advice: “Change,” he said, “is constant and good. If we are to succeed it’s because we welcome change both personally and professionally.”

Now that his little speech was out of the way I wondered where Ann was in all of this. Seemingly caught up in my mess. I asked her if she would miss the Norton.

“Absolutely, it’s a great hotel and a great team,” she said, “I learned so much while I was there, I hope I can remember everything and serve my new team at the Stow as well as I was able to at the Norton.” Serve? I asked her. What do you mean? To my question she just smiled and said, “You will see.”

We arrived a few moments later and the hotel driveway was indeed a busy place. Guests, cars and staff all mingled together. We were greeted by the valet and then again by the doorman. I followed Ann and Cedrick to Ann’s office. My office. We removed our coats and I was introduced to Ann’s admin, my new admin. With the basics out of the way we left the office and headed to a small meeting room on the conference floor. Once again there was a small team of managers assembled. Cedrick opened the meeting by offering the team and Ann his congratulations on the hotel’s performance on the latest guest service scores and the financial results. It seemed the hotel is some kind of rocket ship cruising to new heights.

With this out of the way he got to the heart of the matter. He explained much as he did at the Stow how he is committed to taking his hotels to new heights and the GM change will be an important step. He thanked Ann for what seemed like a never-ending list of accomplishments. He then introduced me, short and to the point. Ann was last to speak, and her team applauded her loudly and it was obvious she is well liked.

The atmosphere here was different. The country club. I told myself it was just a hotel and now that I was here things would get sorted out to my way of working. After all, when Ann and Cedrick leave, it’s my ship and I will steer her my way.

The reception lingered on and it was painfully obvious that Ann was going to be missed by her team. They all took their turn to personally speak with her. A couple of managers introduced themselves and we made relative small talk. I personally could not wait for the reception to be over.

Just as it seemed to be winding up, another man entered the room. He immediately was embraced by Ann and once this merry event was over, she brought him to me.

“Oliver, I want to introduce Mr. Dontremont,” she said, “He will be your teacher for your orientation period here at the Norton. I want to tell you I was fortunate to work with him very closely when I started, and he is an amazing person. The only other thing I can tell you is he saved my life.”

“Saved your life,” I asked?

“Yes, quite literally. I know I would not be here today to accept my next challenge if it was not for him and the ‘service leadership’ lessons he taught me.“

As she told me this the teacher was taken aside by Cedrick. I looked Ann straight in the eye and emphatically said, “I don’t need any service leadership lessons!”

She gently and sincerely said, “I didn’t think I needed them either.

“Oliver, be patient and be open minded, that’s the best advice I can give you. Oh, and one last thing, Oliver, remember this: If service is beneath you, then leadership is beyond you.”

What kind of a half-baked statement is that? It was the same drool she threw out in my office two hours earlier. Service beneath me, hell, these leaders are here to serve me. Leadership is not beyond me, I am leadership. It must be the Kool-Aid that I’m experiencing here at the country club! I have a sinking feeling and I want to retreat into something recognizable, warm and comforting.