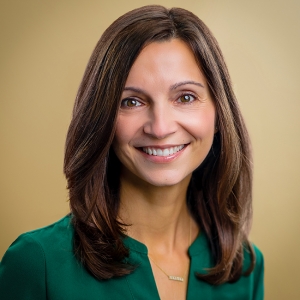 As Executive Vice President and Chief Administrative Officer, Schuyler will be responsible for coordinating global business performance against many of Hilton’s key strategic priorities. His organization will include leadership of global, cross-business functions including Hilton Supply Management, Workplace Facilities, and the Communications and External Affairs function, including communications, government affairs, and corporate responsibility. During Schuyler’s 11 years at Hilton, he has transformed the company’s approach toward culture, resulting in recognition from the likes of Fortune magazine and Great Place to Work, who recently named Hilton as the #1 Best Company to Work For® in the U.S. for the second year in a row.

As Executive Vice President and Chief Human Resources Officer, Fuentes will lead Hilton’s people and culture strategy – a critical function in a business of people serving people. Fuentes has been with the company for seven years, most recently as Chief Talent Officer, where she led many of Hilton’s award-winning programs including recognition, compensation, benefits and diversity. Prior to joining Hilton, Fuentes spent six years at Capital One Financial in various corporate strategy and Human Resources roles: leading workforce analytics, recruitment, and compensation functions for the organization. Prior to Capital One, she worked at McKinsey & Company in their Madrid, New York, and Washington D.C offices, where she served clients across financial services and non-profit sectors. Fuentes represents Hilton on the board of directors of MAKERS Women and also serves on the boards of directors of Make-a-Wish Mid-Atlantic and Arlington Free Clinic.

Hilton (NYSE: HLT) is a leading global hospitality company with a portfolio of 18 world-class brands comprising more than 6,200 properties with more than 983,000 rooms, in 118 countries and territories. Dedicated to fulfilling its mission to be the world’s most hospitable company, Hilton welcomed more than 3 billion guests in its 100-year history, earned a top spot on the 2019 World’s Best Workplaces list, and was named the 2019 Global Industry Leader on the Dow Jones Sustainability Indices. In 2020, Hilton CleanStay was introduced, bringing an industry-defining standard of cleanliness and disinfection to hotels worldwide. Through the award-winning guest loyalty program Hilton Honors, the 108 million members who book directly with Hilton can earn Points for hotel stays and experiences money can’t buy, plus enjoy instant benefits, including digital check-in with room selection, Digital Key, and Connected Room. Visit newsroom.hilton.com for more information, and connect with Hilton on Facebook, Twitter, LinkedIn, Instagram and YouTube.