Hilton to Open Its First Hotel in San Sebastián, Spain in 2024

Home/Hilton to Open Its First Hotel in San Sebastián, Spain in 2024

Hilton to Open Its First Hotel in San Sebastián, Spain in 2024

Patrick Fitzgibbon, senior vice president, development, EMEA, Hilton said, “San Sebastián is a city which has a wealth of cultural attractions, making it the perfect home for Curio Collection by Hilton. From its thriving restaurant scene – featuring more Michelin stars per square metre than any other global city – to its lively pintxo bars, jazz festival and food markets – our international guests will enjoy soaking up the atmosphere while exploring the city. Curio Collection by Hilton has grown exponentially across Europe, with new openings this year in Lisbon, Madrid, Santorini, Krakow, London and Reykjavik, and Palacio Bellas Artes Hotel San Sebastian, Curio Collection by Hilton is a very welcome addition to the expanding portfolio of 190 hotels trading or under development around the world.” 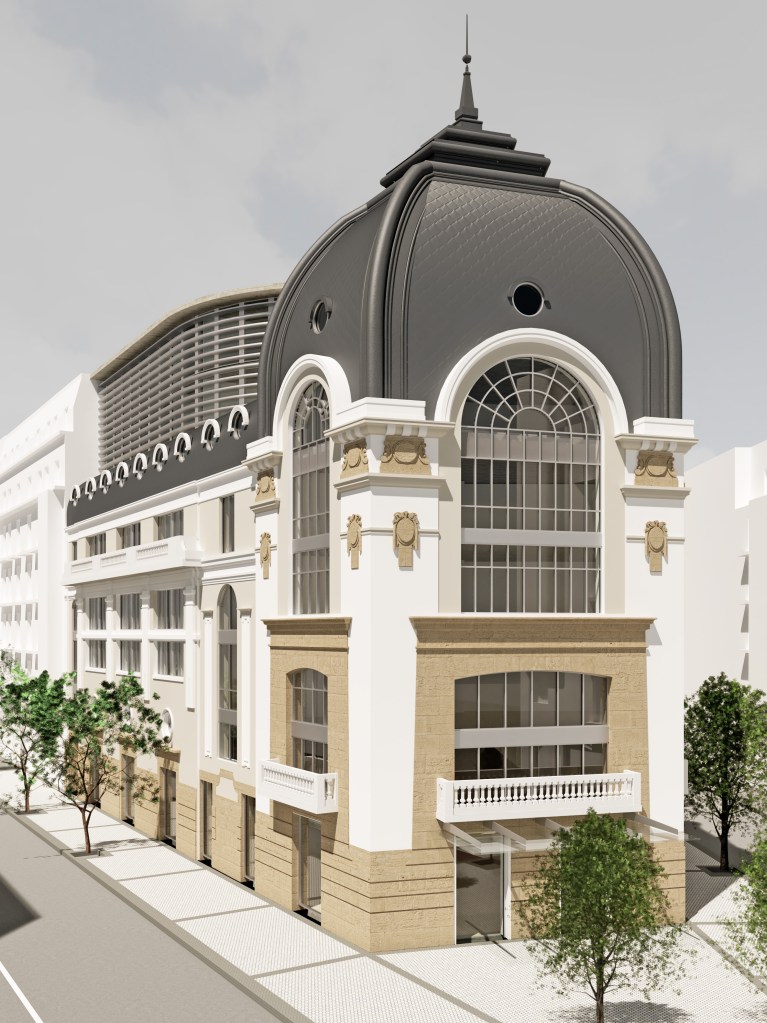 Esteban Basterretxea Badiola, general manager at GRUPO SADE, said, “We are pleased to be reviving the Bellas Artes, one of the city’s most emblematic buildings. We are also excited to be working with Hilton to open under its Curio Collection, which will allow us to celebrate the individual qualities of this important building. The franchise model enables SADE to manage the hotel and maintain its brand purpose; to offer enjoyable experiences through its century-old connection to the city’s cultural scene. I would also like to thank PHG Hotels & Resorts for their effort, which was key to fulfilling this agreement.”

Palacio Bellas Artes Hotel San Sebastian, Curio Collection by Hilton will feature 82 stylish guest rooms, including eight suites, meeting space, a gym, and a bar and restaurant. The hotel will be located within the former Fine Arts Theatre, in the Amara district of the city. The theatre was built in 1914, and was designed by the local architect Ramón Cortázar, a founder of the distinctive Basque style of design.

Located in Spain’s Basque region, close to the French border, San Sebastián is the ideal base from which to explore the Atlantic coastline and the city includes three pristine beaches used year round by surfers and visitors. The city plays host to a number of prestigious events including an international film festival, an annual summer jazz festival and several food and drink events.

Curio Collection by Hilton is a global portfolio of more than 115 hotels and resorts each hand-picked for its distinct character, appealing to travellers seeking one-of-a-kind discoveries and an independent hotel experience.

Palacio Bellas Artes Hotel San Sebastian, Curio Collection by Hilton will be located at Calle Urbieta 59 y Calle Prim 38, 20006, San Sebastian, Gipuzkoa, Spain. San Sebastian airport is around 20 kilometers from the hotel, with international arrivals from Biarritz Airport and Bilbao Airport around 50 and 100 kilometers away respectively.

Hilton (NYSE: HLT) is a leading global hospitality company with a portfolio of 18 world-class brands comprising nearly 6,900 properties and nearly 1.1 million rooms, in 122 countries and territories. Dedicated to fulfilling its founding vision to fill the earth with the light and warmth of hospitality, Hilton has welcomed more than 3 billion guests in its more than 100-year history, earned a top spot on Fortune's 100 Best Companies to Work For list and been recognized as a global leader on the Dow Jones Sustainability Indices for five consecutive years. Hilton has introduced several industry-leading technology enhancements to improve the guest experience, including Digital Key Share, automated complimentary room upgrades and the ability to book confirmed connecting rooms. Through the award-winning guest loyalty program Hilton Honors, the nearly 133 million members who book directly with Hilton can earn Points for hotel stays and experiences money can't buy. With the free Hilton Honors app, guests can book their stay, select their room, check in, unlock their door with a Digital Key and check out, all from their smartphone. Visit stories.hilton.com for more information, and connect with Hilton on Facebook,  Twitter,  LinkedIn,  Instagram and YouTube.

About Curio Collection by Hilton