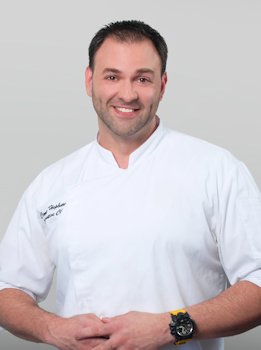 MARCO ISLAND, FL. (March 14, 2017) – Hilton Marco Island Beach Resort & Spa is thrilled to announce today the appointments of Executive Chef Corey Hepburn and Food & Beverage Director Joseph Fisher. Chef Hepburn steps into his role with more than 26 years of professional experience and Fisher with over 16 years of experience in the food and service industry. Together, both Fisher and Chef Hepburn will oversee all aspects of food and beverage for the property, bringing to life the property’s newest signature dining concepts, including The Deck at 560 Bar & Restaurant, 560 Market, The Gulf Cart and in-room dining,

In this role, Chef Hepburn oversees all aspects of food and beverage in collaboration with Fisher, with special attention to the signature restaurant, The Deck at 560 Bar & Restaurant. Hepburn developed his soulful cuisine style at age 20 at the Holiday Inn located in DuBois, PA as Sous Chef and went on to hold the Executive Chef position by age 24. Chef’s passion for creating bold flavors and deeply satisfying dishes further emphasizes his signature cooking style. The opportunity to develop a new restaurant concept in such an incredible location appealed to Chef. His attention to detail and signature style comes to fruition through the cuisine as well as his staff’s service and presentation.

Located on beautiful Marco Island, Chef instantly has connected to the community and its natural offerings, incorporating island favorites such as Lobster, Black Grouper and Sea Scallops into the new refined menu. He holds a CFBE®, the most prestigious certification available to a food and beverage executive, from American Hotel & Motel Association. When he’s not in the kitchen, Chef is frequenting other restaurants to expose himself to new styles and innovative culinary experiences that help influence his ever-changing menus.

Fisher oversees the hotel's entire gastronomy, including The Deck at 560 Bar & Restaurant, a completely re-envisioned restaurant concept by Executive Chef Corey Hepburn with a focus on local and sustainable seafood and produce offerings; the 560 Market, a new grab-and-go concept corresponding to The Deck at 560; and The Gulf Cart, a mobile beach-based snack and beverage cart.

Fisher began his career in 2001 as the Assistant Food & Beverage Manager for the five star, five-diamond Four Seasons Hotel in Atlanta and The Four Seasons Hotel in Brickell, Miami. He has since held leaderships roles at three lifestyle hotels in Florida including, the Delano Hotel in South Beach, Conrad in Miami and Hyatt Pier 66 in Fort Lauderdale. He also oversaw Food & Beverage operations at the Waldorf Astoria in Park City, Utah. Most recently, Fisher acted as Hotel Manager for the Marco Beach Ocean Resort & Tarpon Club.

“Chef and I are thrilled to join the team here at Hilton Marco Island Beach Resort & Spa,” said Fisher. “It’s been an exciting experience to bring these news concepts to life and bring our backgrounds and passions to these new menus.”

Boasting 174 indoor dining seats and 102 outdoor seats with breathtaking oceanfront views and unforgettable watercolor sunsets, The Deck at 560 Bar & Restaurant will focus on local and sustainable seafood and produce offerings, rotating with seasonal ingredients. Open for breakfast, lunch and dinner, The Deck at 560 will provide a beach-chic oceanfront atmosphere. 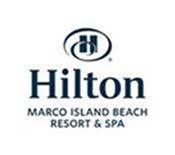 Hilton Marco Island Beach Resort & Spa is a full-service destination located on 10.5 beachfront acres of the world-class, white sandy beaches of Marco Island overlooking the Gulf of Mexico. Following a $40 million transformation, the storied 30-year-old resort continues to flourish its boutique South Florida style through an intimate and superior vacation experience. Hilton Marco Island Beach Resort & Spa has encompassed state-of-the-art amenities and luxurious accommodations guests deserve dating back to 1985. Recognized for its impeccable reputation on Marco Island, the property is one of the most luxurious, award-winning and exclusive resorts, boasting several prestigious awards such as the TripAdvisor Certificate of Excellence 2015, AAA Four Diamond Award, 2015 Most Improved Market Share Award and Meetings and Conventions Gold Key Award 2015. To learn more, please visit www.hiltonmarcoisland.com.

Olshan Properties currently owns and/or manages, individually or with its affiliated companies, a diverse portfolio of commercial properties including Retail, Hotel, Office, and Residential in eleven states.  For more information, click here.