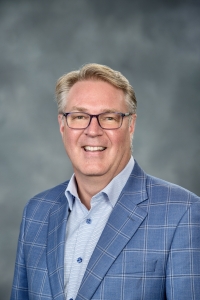 A hospitality veteran with more than 25 years of experience, McCarron’s hospitality career began in food and beverage, where he’s held various managerial positions at The Ritz-Carlton properties in Atlanta, Boston and Pentagon City before taking on the role of banquet director at Four Seasons Atlanta. He then served as director of food & beverage at Four Seasons properties in Chicago and Boston before becoming hotel manager at Four Seasons Hotel Baltimore and then Four Seasons Hotel Las Vegas. He joined Hilton in 2016 as general manager of Waldorf Astoria Orlando, where under his leadership, the hotel has received several accolades from Forbes Travel Guide, TripAdvisor, AAA, US News & World Report and more. 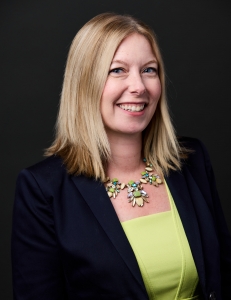 With more than 20 years of sales experience, Yurko has spent the last 15 years in Orlando, holding the position of senior sales manager at Walt Disney World Swan and Dolphin and most recently, assistant director of sales at Signia by Hilton Orlando Bonnet Creek and Waldorf Astoria Orlando. Prior to relocating to Florida, Yurko held a number of sales roles, including account executive with Hilton Direct USA, convention sales manager at Hilton Atlanta, and sales manager at InterContinental Buckhead Atlanta. In her new role at Conrad Orlando, Yurko will oversee sales, marketing and advertising of the luxury property.

Yurko holds a bachelor of science in hotel, restaurant and institutional management from Pennsylvania State University.

When the property opens in 2023, Conrad Orlando’s 433 rooms will include 61 impeccably designed suites with 10 spacious family suites that will deliver all the comforts of home. The interior has been designed with thoughtful moments of connection to nature, including guestrooms featuring hues of sand and water, and floor-to-ceiling windows overlooking Evermore Bay. Several spa and fitness activities will be offered both inside and outside, including yoga, meditation and hydrotherapy.

Spanning five continents with more than 40 properties, Conrad Hotels & Resorts has created a seamless connection between contemporary design, leading innovation and curated art to inspire the entrepreneurial spirit of the globally connected traveler. Conrad is a place where guests can experience service and style on their own terms — all while connecting with local and global culture. Experience a positive stay at Conrad Hotels & Resorts by booking at conradhotels.com or through the industry-leading Hilton Honors app. Hilton Honors members who book directly through preferred Hilton channels have access to instant benefits. Learn more about Conrad Hotels & Resorts at newsroom.hilton.com/conradhotels, and follow the brand on Facebook, Instagram and Twitter.

Hilton (NYSE: HLT) is a leading global hospitality company with a portfolio of 18 world-class brands comprising nearly 6,900 properties and nearly 1.1 million rooms, in 122 countries and territories. Dedicated to fulfilling its founding vision to fill the earth with the light and warmth of hospitality, Hilton has welcomed more than 3 billion guests in its more than 100-year history, earned a top spot on Fortune's 100 Best Companies to Work For list and been recognized as a global leader on the Dow Jones Sustainability Indices for five consecutive years. Hilton has introduced several industry-leading technology enhancements to improve the guest experience, including Digital Key Share, automated complimentary room upgrades and the ability to book confirmed connecting rooms. Through the award-winning guest loyalty program Hilton Honors, the nearly 133 million members who book directly with Hilton can earn Points for hotel stays and experiences money can't buy. With the free Hilton Honors app, guests can book their stay, select their room, check in, unlock their door with a Digital Key and check out, all from their smartphone. Visit newsroom.hilton.com for more information, and connect with Hilton on Facebook, Twitter, LinkedIn, Instagram and YouTube.