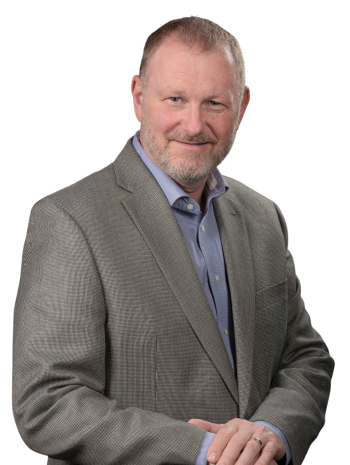 MONTERREY, Mexico – August 23, 2022 – Hilton announced today the appointment of Pierre O. Kranzle as General Manager of the 225-room Hilton Monterrey, expected to open in early spring 2023. Located in the thriving metropolitan city of Monterrey in Northern Mexico, this property will be the center of the events scene with one of the largest ballrooms in the city.

A hospitality veteran with over 25 years of experience, Kranzle started his career in food and beverage as a chef at Hotel de la Paix in Geneva before shifting to hotel operations. Over the course of his career, he has been part of the opening team for seven hotels in six countries, including Hyatt Regency Thessaloniki, in Greece; Hyatt Regency Mainz, in Germany; Hyatt Regency Merida, in Mexico; and Grand Hyatt Erawan Bangkok, Thailand, before opening four of his own restaurants in San Antonio, Texas. He joined Hilton in 2012 as general manager of Hilton Mexico City Reforma and most recently led the opening of Hilton Guadalajara Midtown, serving as general manager.

Kranzle received a bachelor’s degree in hotel management at Ecole Hoteliere Lausanne, Switzerland, and is also a graduate of the C.E.P.I.A Culinary School of Geneva.

Nestled at the picturesque base of the saddle shaped Cerro de la Silla mountain, Hilton Monterrey will be surrounded by a unique cultural scene with world class museums, critically renowned architecture, universities, and lively night life as well as shopping via direct access to the Galerias Valle Oriente mall. The hotel will offer a 6th floor pool bar, offering a lively scene and stunning views for guests and groups alike, as well as an on-site restaurant and fitness center.

Hilton (NYSE: HLT) is a leading global hospitality company with a portfolio of 18 world-class brands comprising 7,000 properties and 1.1 million rooms, in 122 countries and territories. Dedicated to fulfilling its founding vision to fill the earth with the light and warmth of hospitality, Hilton has welcomed more than 3 billion guests in its more than 100-year history, earned a top spot on Fortune's 100 Best Companies to Work For list and been recognized as a global leader on the Dow Jones Sustainability Indices for five consecutive years. Hilton has introduced several industry-leading technology enhancements to improve the guest experience, including Digital Key Share, automated complimentary room upgrades and the ability to book confirmed connecting rooms. Through the award-winning guest loyalty program Hilton Honors, the 139 million members who book directly with Hilton can earn Points for hotel stays and experiences money can't buy. With the free Hilton Honors app, guests can book their stay, select their room, check in, unlock their door with a Digital Key and check out, all from their smartphone. Visit stories.hilton.com for more information, and connect with Hilton on Facebook, Twitter, LinkedIn,  Instagram and YouTube.